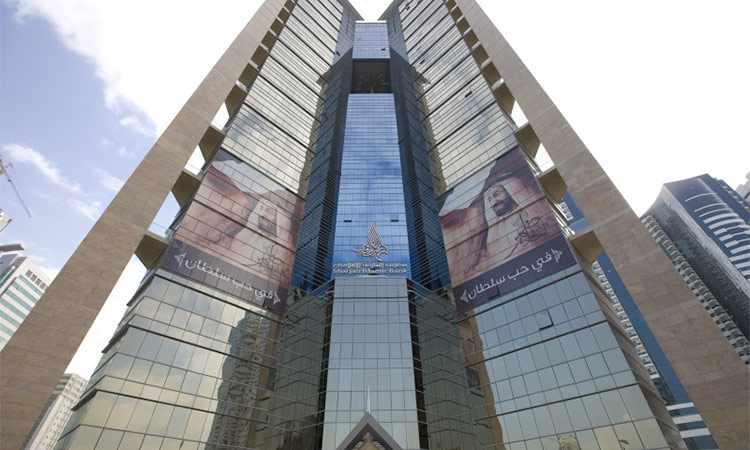 In this photo shows the Sharjah Islamic Bank's headquarters in Sharjah. File photo

Sharjah Islamic Bank (SIB) recorded a seven per cent increase in its total net profit, making a total of Dhs545.5 million in 2019, in comparison to the Dhs510.4 million recorded in 2018.

In a statement today, the bank said its balance sheet reflects strong performance and sound financial position, with total assets reaching Dhs46.4 billion at the end of 2019, 3.7 per cent increase in comparison to the Dhs44.7 billion achieved at the end of 2018.

Liquid assets reached Dhs10.4 billion or 22.4 pc of total assets at the end of December 2019. The bank continued to provide financing facilities to large companies and SMES in different economic sectors in accordance with its prudent credit policy that takes into consideration the effects of the prevailing market volatility and instability in global and regional capital market on banking operations. Financing facilities reached Dhs25.1 billion, an increase of Dhs1.0 billion or 4.2 per cent compared to Dhs24.1 billion last year.

Mohammed Abdullah, CEO of Sharjah Islamic Bank said that the results highlight the successful achievements of the bank in the past year. It enhanced the bank’s financial solvency and consolidated the capital base. The numbers were a result of proper planning, and comes about with a strong policy helping attract capital and make good use of it. The results were also attributed to the focus on core operational competencies that support the bank's efforts in economic and social development.

Abdullah added, "2019 was a good year for Sharjah Islamic Bank, as we developed the technical, and administrative systems, and achieved the highest profit in the bank’s history, in spite of the competitive environment and market challenges. Many of these challenges were a result of rapid technological advancement that changed the customers’ way of thinking. Bank customers enjoy a high level of awareness, and hence banks must constantly adapt to meet their requirements."