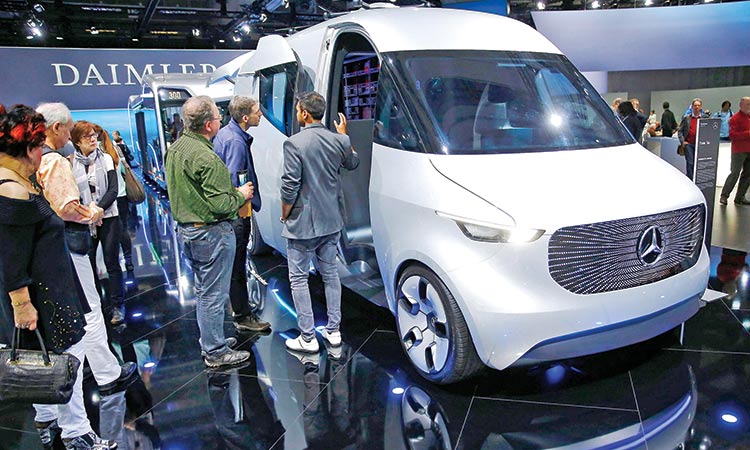 A Mercedes-Benz Vision Van of Daimler on display in Berlin. Reuters

German auto major Daimler warned that its 2019 earnings could fall short of expectations due to massive new charges over diesel emission, further clouding the outlook for the vital car sector.

On top of recalls prompted by the diesel scandal and other technical defects, a slowdown in the global car market has also dragged on Daimler.

The group, which owns Mercedes-Benz, said its full-year earnings would be hit by between 1.1 and 1.5 billion euros ($1.2-1.7 billion) in provisions.

According to its financial results for last year, operating profit not including the “anticipated additional expenses for ongoing governmental and court proceedings and measures relating to Mercedes-Benz diesel vehicles” amounted to 5.6 billion euros.

That was “significantly below” the year-earlier level of 11.1 billion euros and “below earnings expectations,” Daimler said.

Nevertheless, the company has stuck to its guidance that 2019 revenues should come in “slightly above” the previous year’s total of 167.4 billion euros. Further details of the group’s 2019 performance will be published on February 11, Daimler said.

The news pushed Daimler’s stock to the bottom of the blue-chip DAX index in Frankfurt, where it showed a loss of 1.5 per cent to 45.72 euros.

Since taking over in May, CEO Kallenius’ first year in the top job has been plagued by bad news.

Daimler reported its first quarterly net loss in a decade in the period from April to June last year, when it was forced to set aside 4.2 billion euros in provisions to cover a massive recall of cars allegedly fitted with software to cheat emissions tests.

Others needed refits to airbags supplied by Japanese company Takata.

In total, German motor vehicle authority KBA has ordered that almost one million Daimler vehicles to be recalled, but the carmaker says none of the “motor control functions” pointed out by officials are illegal.

The company nevertheless agreed to pay an 870-million-euro fine in September for having sold vehicles that did not conform with legal emissions limits since 2008.

Daimler’s announcement on Wednesday follows a string of bad news for the car sector, a pillar of the German economy that has suffered grievously from the present economic slowdown.

Even as earnings struggle, the manufacturers are racing to meet new European carbon dioxide (CO2) emissions targets, demanding high investments in areas such as electric mobility.

To lower costs, German car companies have in recent months announced around 40,000 job cuts for the coming years, including 10,000 at Daimler which it anticipates will save around 1.65 billion euros annually.

As sales of electric cars - with their far less complex motors - ramp up, industry bosses expect fewer workers will be needed on assembly lines.

In fact, that closely-watched measure could fall as low as four per cent in 2019, compared with 7.8 per cent the previous year, Daimler has warned.

Given the context, the company’s current cost-cutting drive “will not be the last in the coming years,” Schwope predicted.

The profit downgrade, blamed on restructuring costs at the company’s vans and mobility services divisions, is the third under new CEO and the fifth in 19 months.

It comes despite record deliveries of Mercedes-Benz cars that saw the brand retain its title as the world’s top-selling premium automaker last year.

Daimler announced preliminary 2019 results ahead of their full release on Feb. 11, saying earnings before interest and tax (EBIT) were expected to tumble to 5.6 billion euros ($6.2 billion) from 11.1 billion euros in 2018.

“What’s truly remarkable is the fact that CEO Ola Kaellenius hasn’t taken more action with respect to his divisional leadership teams,” he added.

The company said earnings would be hit by 300 million euros of one-off costs for a review of its vans product portfolio.

The vans division, which has struggled to ramp up production at its plant in the United States, saw its return on sales plunge to minus 15.9% in 2019 from 2.3% in 2018, Daimler said. 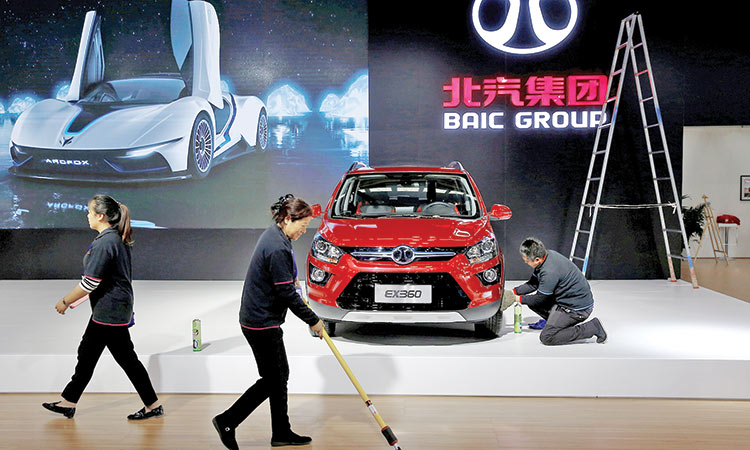 BAIC to increase Daimler holding after 5 per cent stake buy

Daimler’s main Chinese joint venture partner BAIC Group has signaled its intention to increase its stake in the German luxury car manufacturer, sources briefed on the matter said, after it built up a 5% Daimler holding in July. 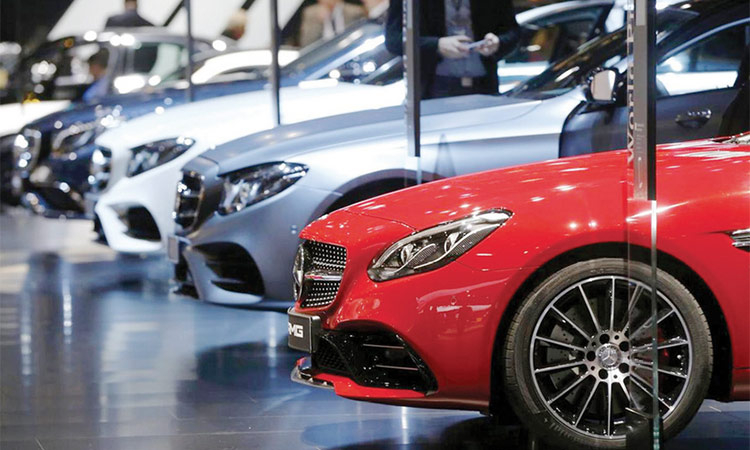 German automaker Daimler AG said on Sunday it will recall 744,000 Mercedes-Benz vehicles in the United States from the 2001 through 2011 model years because the sunroof glass panel could detach and pose a hazard.