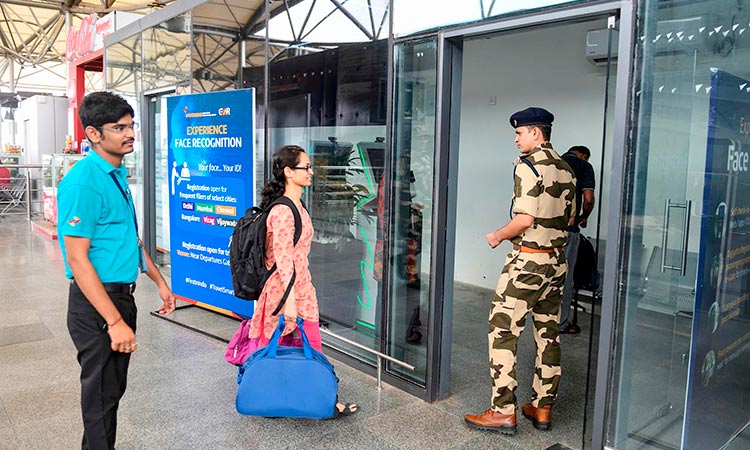 A passenger enters an airport in Hyderabad, India. File/Agence France-Presse

Given that the country’s oldest private carrier Jet Airways went belly up and Air India (AI) almost on the edge, the year 2019 can certainly be not termed a very good year for the aviation but hope remains high on the sunrise sector as air transport is fast becoming the preferred mode of transport.

Aviation experts say, from being a transport of rich and famous, it is now being used by common man in the tier-II and tier-III towns. The fact that domestic air traffic grew by 3.68 per cent during January-November while many macro indicators remained in either negative zone or posted a marginal increase shows it is well on track to become the third largest market globally by 2024.

The sector suffered due to constant glitches in Pratt & Whitney (PW) powered A320neo and continued grounding of the B737 MAX aircraft but aviation experts say the year 2019 is behind now. While IndiGo and GoAir were hit hard by the technical snags in PW engine-fitted A320neos, another low-cost carrier SpiceJet suffered due to grounding of B737 MAX.

“One can be glad that it is over and hope better times in 2020. But 2019 was not one of the so good a year,” said Rajan Mehra, CEO of Club One Air and former India head of Qatar Airways. The industry veterans see sizeable and growing Middle class population in the country as a big propeller for the sector in coming years. Further, there are still hundreds of unserviced air routes, which have huge potential.

Domestic tourism has contributed significantly to the growth of aviation sector with many popular destinations such as Goa, Dharamshala, Dehradun and Varanasi witnessing huge travel demand round-the-year. As air travel is becoming affordable for more and more people, the demand is set to grow in coming years. Most airlines such as IndiGo, Vistara, GoAir, SpiceJet and Air Asia India have aggressive fleet expansion plans.

In its long-term forecast this year, global aerospace major Boeing said Indian carriers would induct as many as 2,380 new aircraft worth $330 billion over the next 20 years.

There are, however, many challenges in the way with major being rationalisation of taxes and levies on aviation turbine fuel (ATF), which accounts for nearly 40-50 per cent of airlines’ operating cost. Industry experts claim that taxes on ATF is one of the highest thus keeping the overall cost for Indian carriers.

“ATF prices will continue to be the game changer in 2020. The government must consider lowering the high rates of taxes being imposed on ATF, thereby easing margins for operators,” said Bird Group Executive Director Ankur Bhatia.

“A better business climate and cost reduction would definitely help pass the benefit to consumers,” he added.

The industry expects the government to make headway in privatisation of Air India and fast development of airport infrastructure across the country to facilitate growth. Any delay could have a bearing on investor sentiment and slow the pace of network expansion and competitiveness.

India is expected to end the calendar year 2019 with around 640 civilian aircraft and a four per cent jump in passenger traffic despite a general economic slowdown along with the grounding of a major domestic carrier.

According to Arun Kumar, Director General of the Directorate General of Civil Aviation: “Domestic airlines have augmented capacity since Jet’s grounding. At that time the number of total aircraft in the country had fallen to 540.”

Subsequently, the capacity augmentation led to the growth of passenger traffic which is expected to be around 4-5 per cent for the calendar year 2019.

“The capacity augmentation has led to growth of passenger traffic which had drastically fell after Jet’s grounding. We estimate a growth of 4-5 per cent for the year 2019,” Kumar told IANS.

“This growth has occurred despite the subdued economic environment and capacity constraint caused due to Jet’s grounding.”

Lately, passenger traffic had contracted in April-September due to factors such as economic slowdown, high fares and capacity constraint.

The data also showed that January-November passenger traffic grew by 3.86 per cent to 13.11 crore from 12.62 crore ferried during the year-ago period.