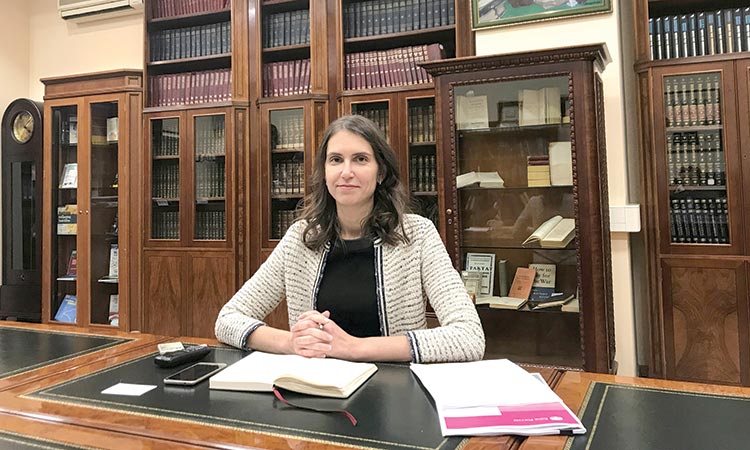 Elizaveta Danilova during an interview in Moscow. Reuters

The central bank is bolstering financial sector stability after Western sanctions and a sharp drop in oil prices in 2014 triggered a rapid rouble fall, something that increased the corporate sector’s debt burden since many loans were denominated in foreign currencies.

“There should be systemic criteria, for example, a ratio of a company’s debt to gross domestic product in order to identify not only large borrowers for banks but to spot problems in large firms that can trigger systemic risks,” Danilova said.

Next year, the central bank together with commercial banks it regulates will continue working on a specific template for such criteria, Danilova said.

Danilova, 35, who joined the central bank in 2009 as an economist and was promoted to head of the financial stability department in 2018, said the decision on whether to implement such criteria would depend on how fast, if at all, large companies’ debts are mounting.

This should help bring consumer lending growth to below 17.8% this year and to around 10% in 2020 from more than 20% last year, Danilova said.

As major central banks cut rates to boost economic growth, investors seek higher yields and are eager to take on more risky strategies, the Russian central bank is focusing on the “importance of maintaining the stability of the domestic economy and the financial sector”, Danilova said.

Along with its global peers, the central bank cut rates this year as inflation slipped below its 4% target, but it is widely expected to complete its easing cycle in 2020.

Danilova played down the risks of a possible outflow of foreign money from Russia’s OFZ bonds once the central bank stops cutting rates, something that was fuelling demand for rouble-denominated bonds over the past year.

“It is possible that the OFZ market will still remain attractive for foreign investors,” Danilova said, adding that it will depend on the risk-to-yield ratio as well as on external market factors.

Meanwhile, Russia’s Sberbank plans to continue its partnership with Yandex even though it has transferred its ‘golden share’ in the country’s leading internet company to another entity, Sberbank’s Chief Executive German Gref told Reuters.

To assuage Kremlin fears about potential foreign influence, Yandex this month approved changes to its corporate structure to establish a “public interest foundation” which would receive Sberbank’s golden share and a number of other rights.

Sberbank, Russia’s top bank, has also agreed to buy a stake in internet company Mail.Ru, as Gref continues to transform the lender into a banking-to-online services company.

The Mail.Ru deal and the transfer of the Yandex golden share have raised questions about the future of Sberbank’s partnership with Yandex, which includes joint ventures Yandex.Market and Yandex.Money.

“Partnership (with Yandex) will remain,” Gref told Reuters, adding there could be some changes in a number of the companies’ joint projects.

He said Sberbank may consider ending a non-compete agreement with Yandex on banking services, allowing Yandex to request a banking license for Yandex.Money so it can develop payment services.

“There is no threat to Yandex.Money, they are growing, they are developing but to achieve the next high-quality jump we need to decide on its future destiny,” Gref said.

He added that Sberbank and Yandex had agreed to deepen cooperation in educational projects, without giving further details.

Sberbank, via its stake in Mail.Ru, is an indirect shareholder in AliExpress Russia, a joint venture between China’s largest e-commerce firm, Alibaba, the Russian Direct Investment Fund, mobile operator Megafon and Mail.Ru.

Gref said he saw no violation of a non-compete agreement which limits Sberbank’s development of e-commerce projects to within Yandex.Market, calling the indirect stake in AliExpress Russia “insignificant”. 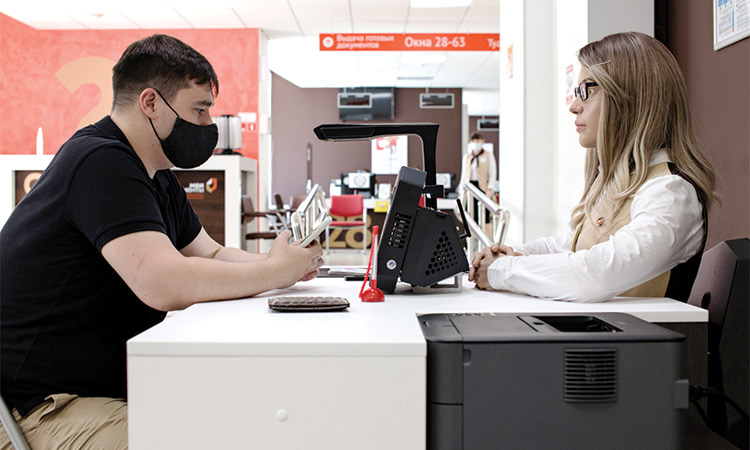