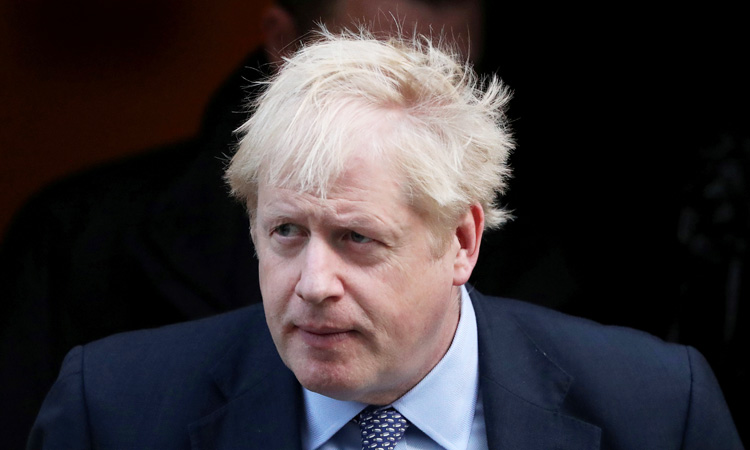 Britain’s FTSE 100, which had seen its best day in nearly a year on Monday, dropped 0.2% on reports that Prime Minister Boris Johnson would use his control of parliament to stop any extension of the Brexit transition period beyond 2020.

The news knocked the domestically focused mid-cap index as much 1.7% lower, while the pound fell 1% to back below $1.32 - nearly 2% under Thursday and Friday’s post-election highs of just over $1.35.

A profit warning from consumer goods giant Unilever that sent its shares down nearly 6% also helped push the broader European STOXX 600 down 0.6%.

“So much for pragmatism,” J.P. Morgan’s Malcolm Barr said, referring to the reports of Johnson’s hardline Brexit stance. “We have put the risk of a no-deal end to the transition at 25%, a number we regard as uncomfortably high.” The resurgence of uncertainty over Britain’s departure from the European Union on Jan. 31, and the country’s future relationship with the bloc, meant Wall Street was expected to give back some ground when New York reopens and put safety trades back in play.

Britain’s political wrangling had earlier not kept Asian stocks from joining a global rally, as more US officials confirmed phase one of a trade deal with China was done, although the details remain unpublished.

The preliminary deal reached last week between Washington and Beijing will double US agricultural exports to China, US trade representative Robert Lighthizer said. The United States will also reduce some tariffs on Chinese goods under the agreement.

Shanghai, Hong Kong and Seoul all gained more than 1% and MSCI’s all-country index set a record high, putting its gains for 2019 at almost 23%, its best year in a decade and the fourth-best year ever.

“People are looking to close the year on a good note,” said Vishnu Varathan, head of economics and strategy at Mizuho Bank in Singapore. “I think that these are far more opportunistic than they are conviction trades, so they tend to be a little bit more prone to taking profits.”

A new survey of almost 200 global fund managers by BofA published on Tuesday showed there had been a record surge in global growth expectations over the last two months that has drastically cut recession worries.

Ahead of the start of Wall Street trading, there were more upbeat signals as US homebuilding figures increased more than expected and permits for future home construction surged to a 12-1/2-year high.

Elsewhere, investors were staying broadly optimistic over the tentative U.S.-Sino trade deal, which has fuelled gains in emerging market currencies and capped the Japanese yen and Swiss franc. The Australian dollar was also under pressure, though that was after the minutes of this month’s Reserve Bank of Australia meeting suggested the central bank might cut interest rates again when it next meets in February.

The RBA has already cut three times since June, taking rates to a record low of 0.75%. “Members agreed it would be concerning if there were a deterioration in the outlook,” the bank’s December minutes showed. Oil was nearing three-month highs in anticipation of growing demand from the world’s biggest economies. Brent crude ticked up for a fourth day at $65.52 per barrel, while gold held just below $1,480 per ounce.

Palladium, which is widely used in catalytic converters for car and truck exhausts, remained the real focus, though, as it sped towards $2,000 an ounce for the first time.

“Supply is tight in the palladium market and when you’re adding the speculation about a potential pick-up in demand due to recovery in the global economy, you have a perfect storm of bullish news continuing to keep it supported,” Saxo Bank analyst Ole Hansen said.

Oil rose further above $65 a barrel on Tuesday, supported by hopes that the US-China trade deal will bolster oil demand in 2020 and the prospect of lower US crude supplies.

The “Phase One” agreement between the world’s two largest economies has been “absolutely completed”, Larry Kudlow, a top White House adviser, said on Monday, adding that US exports to China will double under the deal.