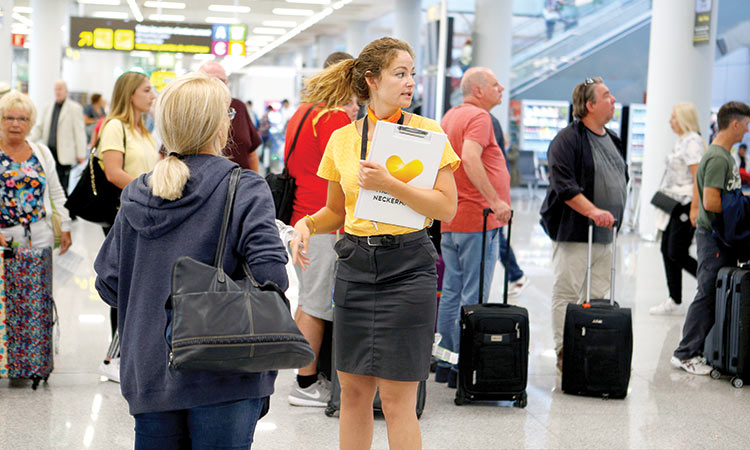 Passengers at an airport in Mallorca, Spain. Reuters

Airline profits are on course to fall faster than expected in 2019 as trade wars hit global commerce and broader confidence, the industry’s main global body said, while predicting a modest recovery next year.

Cutting its full-year net profit forecast to $25.9 billion, a 5.1% decline from 2018, the International Air Transport Association (IATA) said an improvement in 2020 was contingent on a “truce” in global trade disputes. In June it had forecast $28 billion in profit this year.

De Juniac also cited slower growth, Brexit and social unrest among factors that “all came together to create a tougher than anticipated business environment for airlines” in 2019.

IATA slashed its full-year global revenue forecast to $838 billion from the $899 billion predicted in June and said it expected an improvement to $872 billion for 2020.

“We’ve downgraded our forecasts for 2019 pretty much across the board,” chief economist Brian Pearce said. “This has been driven mostly by the impact of trade wars.”

But the sharpest deterioration is being felt in airlines’ cargo businesses, where a 3.3% drop in freight demand marked the steepest decline since the 2009 financial crisis, with revenue down 8% year-on-year.

Growth in world trade has all but evaporated to an expected 0.9% this year, sharply down from the 2.5% forecast in June and the 4.1% expansion predicted a year ago, IATA said.

Underpinning the partial recovery predicted next year, IATA forecast more robust trade growth of 3.3% as “election-year pressures in the US contribute to reduced trade tensions”.

While a return to service of Boeing’s grounded 737 MAX would relieve airline customers, it could also lead to a glut in short-term capacity, putting further pressure on fares, analysts have warned.

Outstripping a 4.1% traffic increase next year, airline capacity is expected to rise 4.7% with the arrival of hundreds of MAX jets that the market may find “hard to swallow” even when offset by retirement of older planes, Pearce said.

The MAX safety crisis is coming to an end, IATA’s safety chief said on Wednesday, while warning that disagreements among regulators could yet complicate the jet’s return.

With most of the industry’s global profit is currently generated by a handful of mainly US-based carriers, the past year has seen a slew of airline failures mainly in Europe.

“There’s clearly scope for more consolidation though, given that long tail of airlines that haven’t improved,” Pearce predicted, despite regulatory barriers to cross-border mergers.

Airlines also stepped up their criticism of new European environmental taxes they see as an excessive burden in addition to the CORSIA emissions reduction and offsetting scheme developed by the industry to take effect in 2021.

“We need to make sure that CORSIA is successful and not compromised by a patchwork of competing taxes and charges,” De Juniac said.

Many airlines could cope with the latest delay in the plane’s return announced earlier on Wednesday, but were nearing the end of their ability to manage the shutdown smoothly.

The head of IATA, whose 290 airlines represent 82% of global traffic, was speaking shortly after the US. Federal Aviation Administration said the jet would not return to service in 2019.

Reacting to the latest delay, de Juniac said, “For some of our members it is disruptive because they have a lot of planes grounded (or) on order, but they have been able to cope with that. They are not happy of course but they are not in despair.”

He added, however, “If it lasts some additional months, for some of our members it would be a big problem”.

De Juniac said he understood why European regulators wanted to conduct their own examination of key MAX software, but called for a return to a system of mutual recognition among regulators for future programmes including the upcoming Boeing 777X. 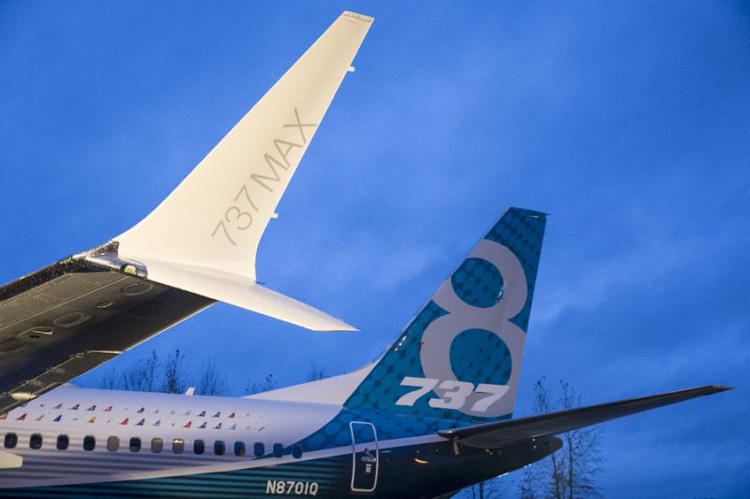