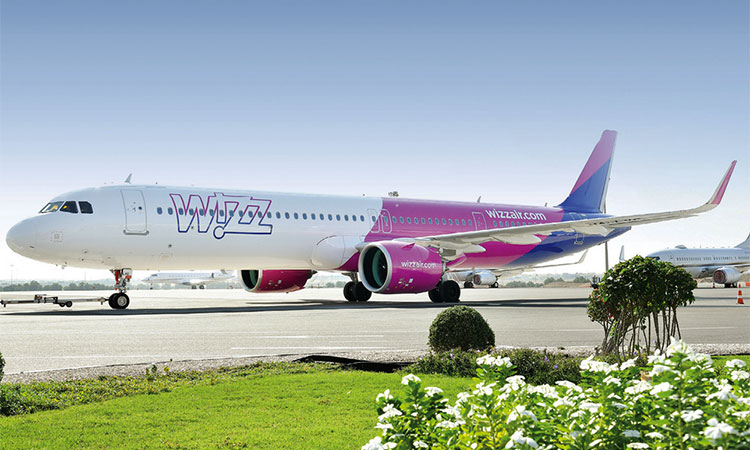 Wizz Air is Europe’s greenest and the largest low-cost airline in Central and Eastern Europe.

Abu Dhabi Developmental Holding Company (ADDH) announced on Thursday that it has reached an agreement in principle for the establishment of a local airline in Abu Dhabi in partnership with Wizz Air Holdings (Wizz Air), Europe’s greenest airline and the largest low-cost airline in Central and Eastern Europe. The new airline will be Wizz Air’s first airline established outside of Europe.

It is intended that the low-cost airline will be formed via a joint venture with Wizz Air, and operations are expected to launch in the second half of 2020. The airline will focus on establishing routes to markets in which Wizz Air has existing, high growth operations, namely Central and Eastern and Western Europe, as well as the Indian subcontinent, Middle East and Africa, over the long run.

With a fleet comprising Airbus A321neo aircraft, the world’s most efficient narrow body aircraft, the new airline will gain access to markets with a total of 5 billion customers across Europe and beyond.

The airline’s customer proposition will align directly to that of Wizz Air with a singular focus on offering superior value-based quality on air travel built with the foundation of one of the world’s greenest aircraft fleets.

Sheikh Mohammed Bin Hamad Bin Tahnoon Al Nahyan, Chairman of Abu Dhabi Airports, commented: “As Abu Dhabi International Airport continues its growth as a major gateway to the UAE and the wider region, we welcome contribution airlines, such as this new airline, and the impact this partnership will make to our continued national economic development. We look forward to building a highly successful partnership with them in the years to come.”

Mohamed Hassan Al Suwaidi, CEO of ADDH, said: “As a trusted government partner with a clear mandate to boost key sectors of Abu Dhabi’s non-oil economy, we are proud to partner with Wizz Air, an airline with strong market presence and brand recognition in key European source markets. Through our partnership with Wizz Air, we aim to capitalise on the growing demand for budget travel and support the continued growth of Abu Dhabi as a world-class cultural and tourist destination.”

Jozsef Varadi, Chief Executive Officer of Wizz Air Holdings, stated: “We are proud that our first airline to be established outside of Europe is in Abu Dhabi, the capital of the UAE. ADDH’s deep rooted knowledge of the local market, support and navigation in a new market for WIZZ is invaluable and will boost the successful development of this low-cost airline.”

He added,“This is a new path of growth for Wizz Air, built on our successful ultra-low cost business model, bringing affordable travel to even more customers. I would like to express my greatest gratitude to Sheikh Mohammed Bin Hamad Bin Tahnoon Al Nahyan and Mr. Mohamed Hassan Al Suwaidi for their dedication and support, without which this unique partnership would not have been realized.”

Bryan Thompson, CEO of Abu Dhabi Airports Company, commented: “The launch of the new airline is further testament to the Emirate’s robust aviation infrastructure. In addition to a strong transfer passenger programme, Abu Dhabi International Airport (AUH) has also seen an increase in origin and destination traffic this year—remaining one of the fastest-growing airport hubs in the region. New travel offerings continue to inspire visitors from around the world to come to Abu Dhabi. We welcome the world to Abu Dhabi, and look forward to providing an exceptional passenger experience to even more travellers through this venture.” The establishment of the new airline is subject to, amongst other things, agreement and entry into of definitive documentation with ADDH, the receipt of all necessary internal and external approvals and consents, and the airline satisfying all regulatory requirements of the UAE General Civil Aviation Authority (“GCAA”) to obtain the Air Operator’s Certificate (AOC).

In addition to its role as a strategic government partner, ADDH is an asset owner and investor in target sectors, both locally and internationally, which align with Abu Dhabi’s leadership vision.

ADDH is committed to developing a globally competitive Abu Dhabi and operates with world-class standards of governance.

Wizz Air, the largest low-cost airline in Central and Eastern Europe, offers more than 700 routes from 25 bases, connecting 153 destinations across 44 countries. A team of more than 5,000 aviation professionals delivers superior service and very low fares making Wizz Air the preferred choice of 38 million passengers in the past 12 months. WIZZ operates an all-Airbus fleet of 120 aircraft. Its A320s are equipped with 180 seats, its A321s with 230 seats and its A321neo aircraft with 239 seats. According to the latest data of the Swiss airline intelligence provider CH-Aviation, Wizz Air has one of the youngest airline fleets in the world. 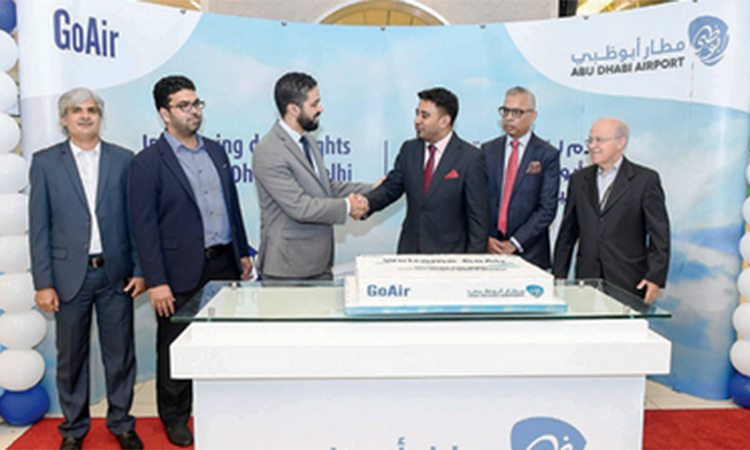