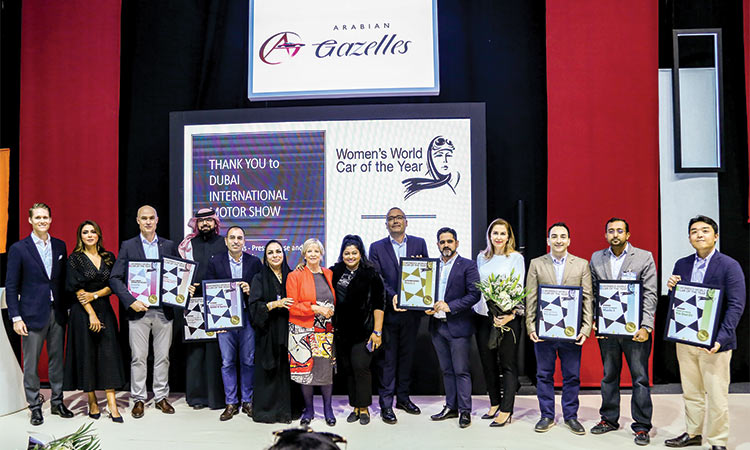 The winners pose for a group photo in Dubai on Sunday.

Inayat-ur-Rahman
The Mazda 3 was awarded the Supreme Award for the Women’s World Car of the Year (WWCOTY) at the Dubai International Motor Show in the presence of Founder of WWCOTY, Sandy Myhre from New Zealand and the GCC Jury Shereen Shabnam.

The Holly Reich Dream Car Award, named in honour of a jury member from New York who passed away in 2016 calls for the judges to name the car they would love to have – if you only they could, and the winner was the Porsche Taycan.

The Woman of Worth Award for 2019, for the woman whom judges feel has contributed significantly to the motor industry or motor sport, was awarded to Linda Jackson, CEO, Citroën.

Representing Woman’s World Car of the Year, Sandy Myhre, CEO, said the activities for women at the Dubai International Motor Show were ground-breaking. “Creating time in a motor show specifically for women is a world first. Women’s World Car of the Year has never announced their results live from a motor show so that’s innovative and to be able to interview women driving instructors from Saudi Arabia live on the stage is pioneering. The fact all these things are happening in Dubai in the UAE is highly symbolic.”

The Women’s World Car of the Year Award winners were selected by 41 jury members from 34 different countries; the jury has a collective audience of over 260 million people.

Given the rise and rise of female car purchasers world-wide, the female voice is more important than ever and the female demographic is, in fact, the fastest-growing consumer segment in the world and arguably the most influential.

The new Range Rover Evoque – the original luxury city SUV – has been voted Best SUV/Crossover by the Women’s World Car of the Year (WWCOTY) panel for 2019.

A total of 21 cars were nominated by 41 judges from 32 countries and shortlisted in seven categories. The award for the Evoque was presented by Shereen Shabnam of the WWCOTY jury panel at the Dubai International Motor Show.

The Evoque pioneered the luxury compact SUV market. Now, with 224 international awards to its name, the new Evoque has built on its original instantly recognisable design to combine unrivalled Range Rover heritage with cutting-edge technology. Designed, engineered and manufactured in Britain, it meets the needs of today’s customers and is available in 127 countries.

Land Rover Chief Creative Officer, Professor Gerry McGovern, said: “It’s an honour for the Evoque to be recognized by the WWCOTY jury. With its compact proportions, this characterful vehicle combines refinement and fun to create that all important emotional connection that customers love.”

In April, the Evoque became the first luxury compact SUV to be certified under stringent new NOx emissions targets, Real Driving Emissions stage 2 (RDE2), ahead of the official legislative introduction for new models in January 2020.  New Evoque has also been awarded a maximum five-star Euro NCAP safety rating, confirming its status as one of the most refined, capable and safe luxury compact SUVs on the market.

The Dubai International Motor Show is the largest and most established motoring event in the Middle East, connecting the global automotive industry with motoring enthusiasts and professionals from across the MENA and South Asia regions. The event is the ultimate showcase of global brands and the trusted voice for the industry, driving the passion of automotive enthusiasts and creating unique sales and marketing opportunities for participants.

From concept creations to global launches, the evolution of the motor industry in the Middle East has been fuelled by 14 previous editions of the Dubai International Motor Show spanning 28 successful years. 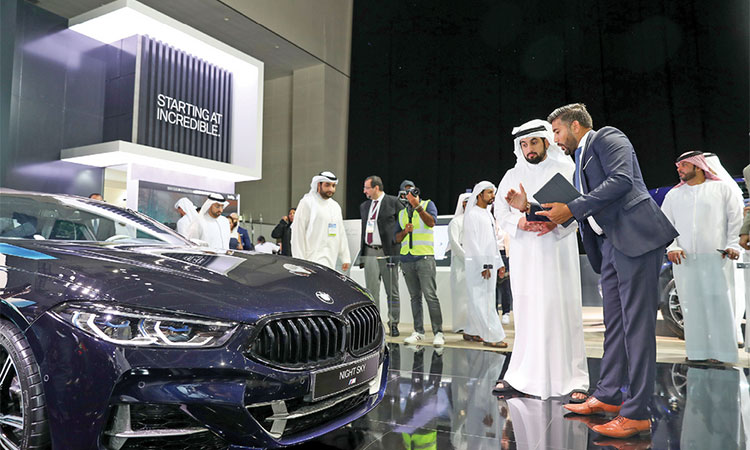 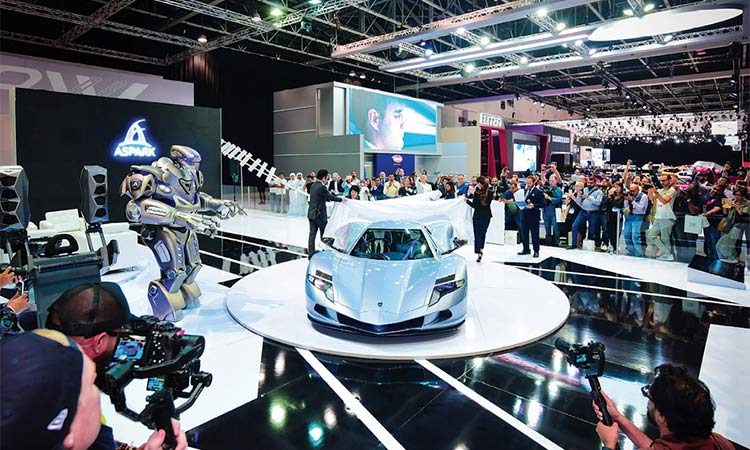 Battery-powered cars are taking the motoring industry by storm

With electrification and automation emerging as the core of all discussions taking place at this year’s edition of the Dubai International Motor Show, battery-powered cars are taking the motoring industry by storm. 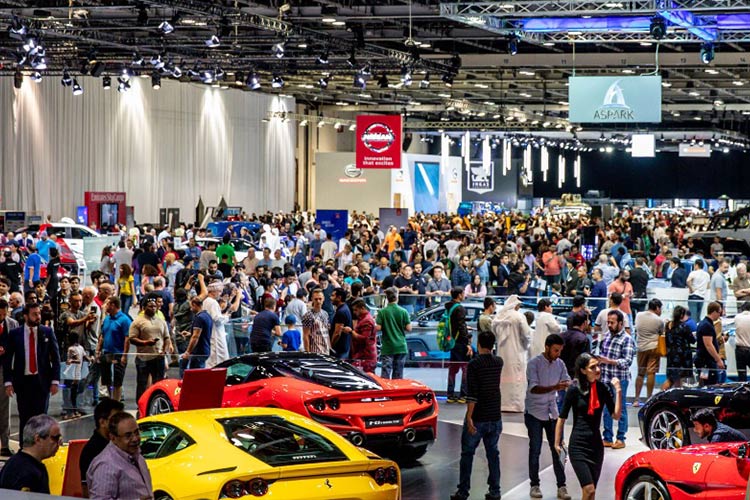 Prodrift taxis continue to take motorheads for rides at smoke-raging speeds, while the world's best stunt performers at Red Bull’s bike stunts and drifting are pushing the limits of what’s possible on two and four wheels to audiences till the close of the show. 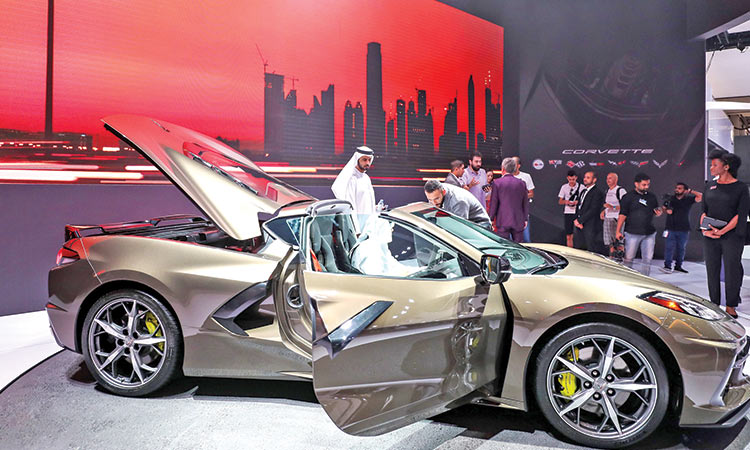