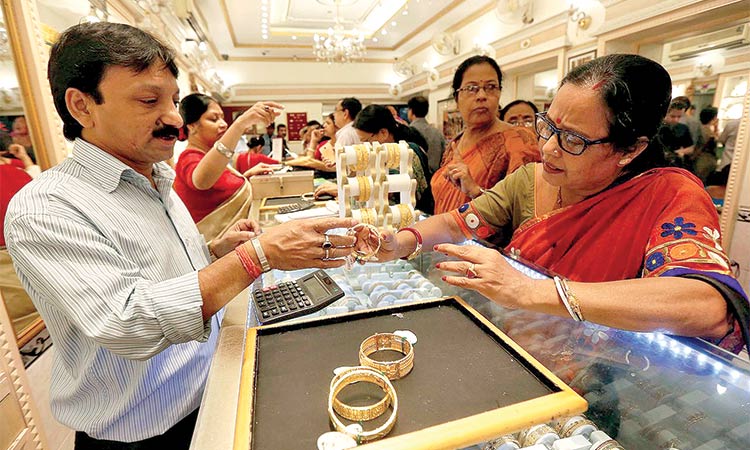 On a weekly basis, FCAs − the largest component of the forex reserves − edged higher by $3.20 billion at $413.65 billion. The RBI’s weekly data also showed that the value of the country’s gold reserves went up by $301 million to $27.35 billion.

Meanwhile the country’s Non-Banking Financial Companies (NBFC) are fighting for survival as they raised just 9 per cent year-to-date in FY20 compared to a peak growth of 30 per cent in FY18 and along with high NPAs and stressed corporates, it has created a crisis situation of “triple balance sheet” for India, brokerage house Nomura said on Friday.

Non-bank lenders are now facing a survival test. Total outstanding funding raised by NBFCs via banks and mutual funds rose just 9 per cent year-to-date in FY20 compared to a peak growth of 30 per cent in FY18.

In addition to this, with weak growth and rising credit risk, there is still wide differentiation among the shadow banks, both in terms of funding availability as well as cost, Nomura said.

Weakness across India’s non-bank lenders, at a time when banks are still recovering from bad loans problem and corporations are deleveraging, has left the economy struggling with a “triple balance sheet” problem, Nomura Global Market Research said in a report.

As a consequence of such a critical issue facing the economy, GDP growth may fall to 4.8 per cent in 2019-20, wrote Sonal Varma and Aurodeep Nandi, economists at Nomura.

This forecast is the most pessimistic among the recent projections put out for India’s GDP growth in the current year and well below the Reserve Bank of India’s forecast of 6.1 per cent.

Nomura also said that it expects India’s potential growth to remain near 6.5 per cent over the next five years if the underwhelming investment trend continues.

The key reasons for the downward projection are the triple balance sheet problem, weak global growth, macro policy easing being countered by transmission challenges and weak investment and jobs outlook due to a prolonged balance sheet deleveraging cycle.

On the other hand, while banks’ bad loans may have peaked, they remain elevated and industries such as power, metals, mining, telecom, infrastructure and textiles remain “perilously” over-leveraged, Nomura said. The glacial pace of insolvency proceedings meant that much of the banking capital remained locked into bad loans, it said.

The slowdown is because of cyclical and structural reasons, some of which are on the demand side while others are on the supply side, said Nomura’s chief India economist Sonal Varma.

“Among domestic factors, the broader economic slowdown has led to a drop in demand, causing capacity under-utilisation, and capping impetus for fresh investments,” she said. There is also evidence of accentuated joblessness, Varma said, while noting the absence of reliable and historically comparable data on employment in India. The government’s latest Periodic Labour Force Survey for 2017-18 had pegged the unemployment rate at an elevated level of 6.1 per cent. Citing data from the Centre for Monitoring Indian Economy (CMIE), Nomura said that real wage growth across corporations was negative in 2018-19. The rural sector too saw both agricultural and non-agricultural wage growth turn negative.

With poor job prospects and lower real wages, household savings have come off considerably in the past few years and lower levels of income have meant that households are increasingly relying on leverage to sustain consumption.

“Not surprisingly, consumption demand has slowed, which is reflected somewhat in the falling growth in revenues of fast moving consumer goods companies,” Nomura said.

Part of India’s slowdown is also due to weak global demand. The RBI estimates that every 0.5 percentage point decline in global growth translates to a 0.1-0.2 percentage point fall in domestic GDP growth, said Nomura. 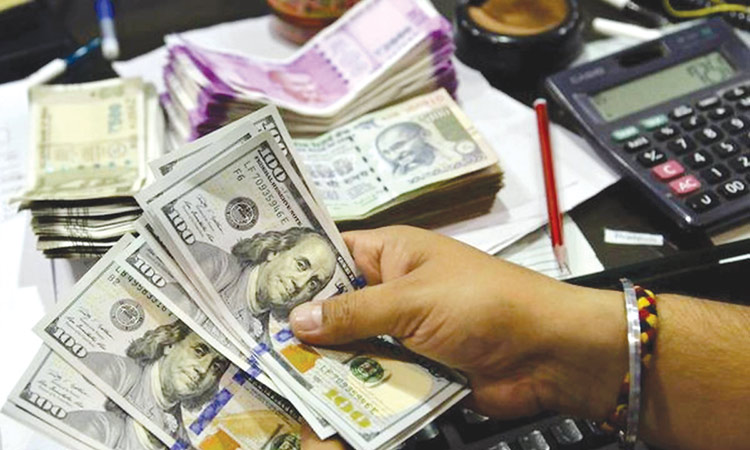 India’s foreign exchange reserves declined by $902 million during the week ended April 3. According to the RBI’s weekly statistical supplement, the overall forex reserves decreased to $474.66 billion from $475.56 billion reported for the week ended March 27.