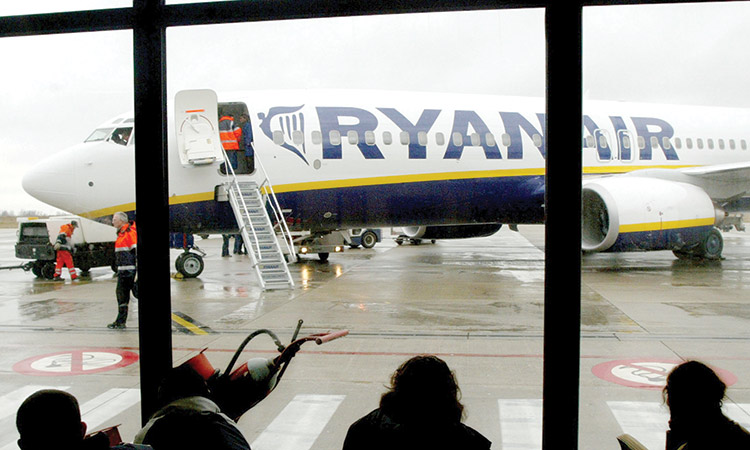 Travellers wait in front of a Ryanair at Charleroi airport in southern Belgium. Reuters

The Dublin-based carrier, famed for promoting knock-down ticket prices, said in a results statement that profit after taxation was unchanged at 1.15 billion euros ($1.28 billion) in the six months to September from a year earlier.

Average air fares fell five per cent “due to the weaker consumer demand in the UK and overcapacity in Germany and Austria,” it added.

Ryanair also issued cautious guidance for the full-year, with the outlook clouded by Britain’s looming departure from the European Union at the end of January.

“We expect a slightly better fare environment than last winter, although we have limited visibility,” the airline added.

“This however remains sensitive to any market uncertainty such as a no-deal Brexit.” The airline also tightened its annual profit forecast to between 800 and 900 million euros.

That compared with prior guidance of between 750 and 950 million euros. “This guidance is heavily dependent on... fares, Brexit and the absence of any security events,” it noted.

Ryanair expects further delay to its Boeing MAX 737 deliveries and may still be without the jets next summer, it said on Monday after half-year results that gave the Irish airline’s shares a 7 per cent uplift.

While investors appeared to focus on the better than expected profit and fares, Europe’s largest budget carrier said it now expects to fly 157 million passengers in the year to March 31, 2021.

That represents only 2.6 per cent growth from the current financial year, its slowest in seven years. And further delays on the jets could reduce that to zero growth at an airline that has increased passenger numbers by more than 10 per cent on average since 2014. 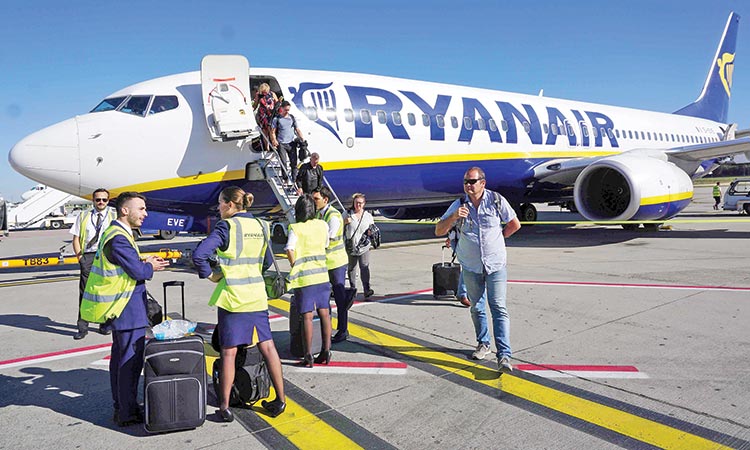 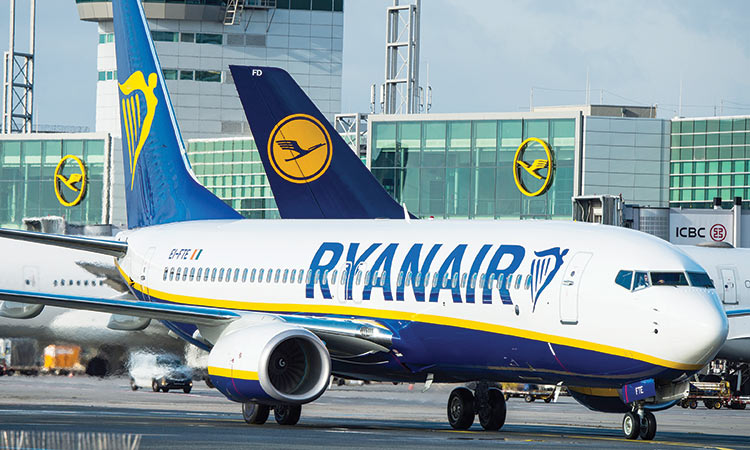