Australian airlines take measures to float in the tough competition 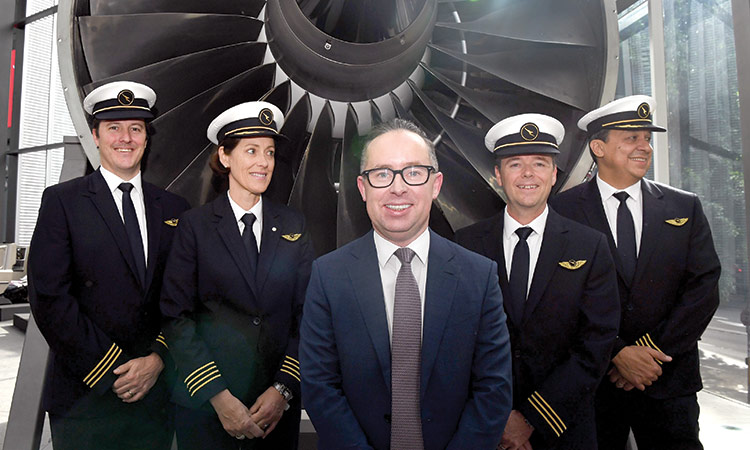 Australia’s airlines are taking measures to save from cut-throat competition in the aviation industry, especially in the domestic sector.

Margins at Australian airlines have been squeezed by fuel costs and weakness in consumer spending, as well as falling business confidence as economic growth in Australia falters. But the strategy of limiting capacity has benefited carriers.

Qantas Airways on Thursday it would increase domestic capacity to maintain market share against rival Virgin Australia Holdings even as it reported lower revenue from those routes, sending shares tumbling almost 6 per cent.

Revenue for the national carrier’s total business, which includes domestic and international operations, edged up 1.8% to a first-quarter record A$4.56 billion ($3.12 billion) in the three months that ended Sept.30, unit revenue in its domestic business, which typically dominates profits, fell nearly 1 per cent.

Qantas has said it could order Boeing’s 777-8 or the rival Airbus SE A350-1000 for the longest commercial flights in history by the end of this year, with hopes of delivery from late 2022.

Boeing has put forward a “compelling offer” to deal with any delays to the 777-8 in its contest against Airbus for planes for Sydney-London flights, Qantas Chief Executive Alan Joyce said in August, without providing further details.

“I think what’s really concerned investors is that fall in domestic revenue, largely driven by a drop-away in Jetstar,” Michael McCarthy, chief market strategist at CMC Markets, said in reference to the airline’s budget brand, adding that rising fuel costs were also a concern.

“Those two factors combined, along with the fact that Qantas was recently trading at an all-time high, appear to have hit the stock hard this morning,” he said.

Qantas’ total capacity fell 0.2% during the quarter, with its international business clocking a 0.6% decline. Domestic capacity increased by 0.5%.

The airline said it planned to further raise domestic capacity by up to 1% in the second half to match scheduling data that showed its rival would do the same despite market weakness.

“The Qantas Group will maintain its strategic position in all parts of the market,” the airline said.

Qantas has reported record profits since it abandoned a strategy of maintaining a 65% share of the domestic market, regardless of cost, in May 2014.

Credit Suisse analysts last week told clients that forward schedules were showing a 2% increase in domestic capacity in the second half ending June 30, but noted that flights could be cut with six weeks’ notice.

Financially strapped Virgin Australia is expected to complete a review of its route network and fleet by the end of December.

In the international market, Qantas reported unit revenue up 4.4% in the first quarter as a weak Australian dollar made the market less attractive and competitors cut capacity more than anticipated.

Qantas also flagged impact from unrest in the region, saying its interim profit would take a A$25 million hit from anti-government protests in Hong Kong, while weaker freight demand would hurt its annual profit by A$25-30 million.

The carrier said its total fuel bill for fiscal 2020 could be as much as A$4.05 billion, compared with A$3.85 billion a year earlier.

Meanwhile, shares in Norwegian Air surged more than 20% on Thursday after it said China’s CCB Leasing would come in as a joint owner of 27 Airbus aircraft it has on order to help cut debt and reported earnings above expectations.

The carrier, which has shaken up the long-haul market with cut-price transatlantic fares, also announced a two-year plan of fresh cost cuts and capacity reductions to help earnings, after its rapid expansion had led to hefty losses.

The cash-strapped carrier has for months said it aimed to find a partner to help take ownership of the Airbus fleet, allowing Norwegian to cut its debt and increase its equity.

CCB Leasing Corp DAC (CCBLI), a wholly owned subsidiary of China Construction Bank Corp, will own 70% of the venture, with the rest held by Norwegian Air’s Arctic Aviation.

The venture will purchase an initial 27 Airbus A320 NEO aircraft from Arctic to be delivered from 2020 to 2023.

“This agreement will contribute significantly to reducing our current and future capital expenditure,” acting Norwegian Air CEO Geir Karlsen said in a statement.

The company said the venture would reduce Norwegian’s capital expenditure by about $1.5 billion, based on the 27 aircraft on order.