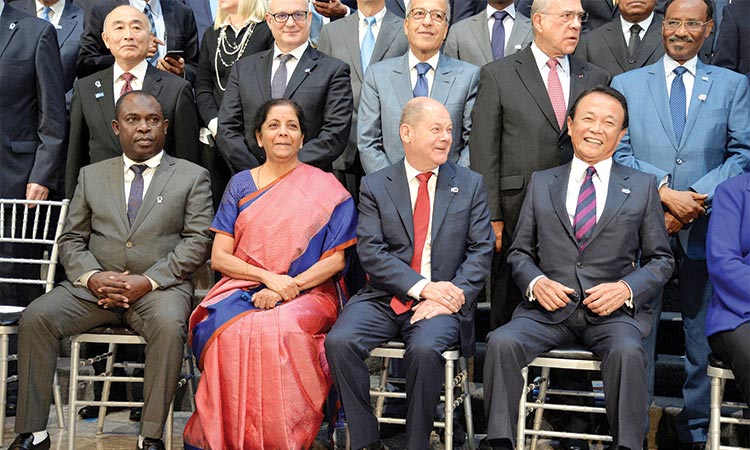 Finance Minister Nirmala SItharaman has said a calibrated and balanced approach to deploying a mix of fiscal, monetary and structural measures by countries can help achieve their growth potential and asked the IMF to evolve a policy framework to assess the vulnerability of fragile economies to capital flows.

In her intervention during International Monetary and Financial Committee (IMFC) Plenary Session in the ongoing Annual Meetings 2019 of the IMF and World Bank being held in Washington, US, Sitharaman said, “At the National level, a calibrated and balanced approach to deploying a mix of fiscal, monetary and structural measures by countries can help achieve their growth potential, the Finance Minister added, according to a Finance Ministry statement.”

“International Monetary Fund (IMF) should provide solutions that are specific to important growth geographies to help alleviate the current conundrum. IMF should evolve a policy framework that would assess the vulnerability of economies to capital flows and that developing stronger surveillance mechanism with sharper diagnostic tools can mitigate or even prevent the adverse effects on fragile economies”, the FM said, according to a Finance Ministry statement.

On the 15th Round of the IMF’s General Review of the Quotas (15th GRQ) likely to conclude without a quota increase, the Finance Minister stated that work on the 16th Round should begin in right earnest and should have a tight timeframe.

The Finance Minister is currently on an official tour to Washington DC to attend the annual meetings of the International Monetary Fund and the World Bank and other associated meetings. She is accompanied by RBI Governor Shaktikanta Das, Economic Affairs Secretary Atanu Chakraborty and other officials.

Milesi-Ferreti and IMF Chief Economist Gita Gopinath made optimistic projections for India’s economy to pick up next year while addressing a news conference for the release of the IMF’s World Economic Outlook (WEO) report in Washington.

According to the report, India and China with their projected growth rate of 6.1 per cent for the current year share the top rank among major economies.

India’s “overall growth remains very strong by the standards of the world economy even though it is lower than the very high standards to which we were accustomed to in looking at India,” Milesi-Ferreti said, adding that that a “Growth rate above six per cent is still notable and extremely important in a country that has such a large population”.

This growth rate is in contrast to the global economy which, Gopinath said, is “in a synchronised slowdown, with growth for 2019 downgraded again - to 3 per cent - its slowest pace since the global financial crisis”. The IMF has forecast “a further pick up next year” for India’s economy helped by tax cuts on the corporate sector, he said.

“In our projections, we have that India would recover to seven per cent growth in 2020,” Gopinath said. In India “there has been a negative impact on growth that has come from financial vulnerabilities in non-bank financial sector and the impact that has had on consumer borrowing, borrowing by small and medium enterprises”, she said.

The hike in growth projection for next year is based “on the premises that these particular bottlenecks will clear up,” Gopinath said.

“Appropriate steps have been taken” to deal with these problems, while “still a lot more that needs to be done including cleaning up of the balance sheets of the major commercial banks.”

Also, she said, “On the fiscal side for India there have been some recent measures including the corporate tax cut”.

While India has not yet said how it would offset the revenue shortfall from this measure, the revenue projections look optimistic, she said.

“It is important for India to keep the fiscal deficit in check,” she added. 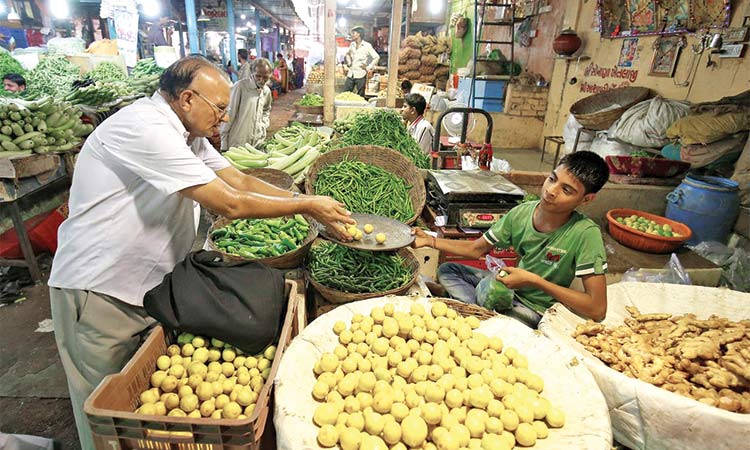