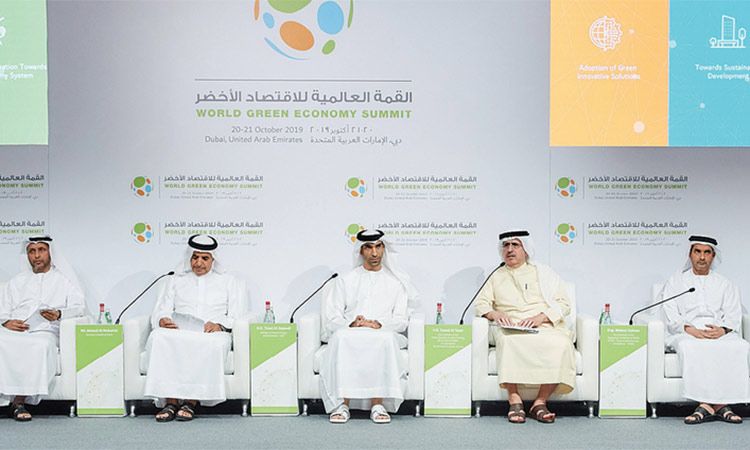 Dr Thani Bin Ahmed Al Zeyoudi and Saeed Mohammed Al Tayer along with other top dignitaries during the press conference in Dubai on Wednesday.

The transformation to green economy is one of the priorities of the UAE, and as per the direction of the wise leadership, the country has implemented an integrated mechanism to support this transformation that includes a legislation umbrella that sets the concept and the general practices to realize this transformation, said Dr Thani Bin Ahmed Al Zeyoudi, UAE Minister of Climate Change and Environment on Wednesday in Dubai.

Speaking to a press conference on the preparation of upcoming World Green Economy Summit (WGES), he said, “the UAE has launched initiatives and programmes to ensure economic growth while maintaining the environment and the natural resources of the country and decreasing carbon percentages, that is one of the pillars of moving to green economy.”

The organizing committee of World Green Economy Summit (WGES) on Wednesday announced the completion of preparations for hosting the summit.

WGES will be held under the patronage of His Highness Sheikh Mohammed Bin Rashid Al Maktoum, Vice President and Prime Minister of the UAE and Ruler of Dubai at Dubai International Convention and Exhibition Center on October 20th-21st. Dubai Electricity and Water Authority is organizing the summit in collaboration with World Green Economy Organization (WGEO) under the theme ‘Innovative Technologies for a Sustainable Economy’ and will focus on three key pillars - Sustainable Development Mechanisms; International Cooperation to support the Green Economy System; and Adoption of Green Innovative Solutions.

The press conference was attended by Dr Thani Bin Ahmed Al Zeyoudi, UAE Minister of Climate Change and Environment, and Saeed Mohammed Al Tayer, Vice Chairman of the Dubai Supreme Council of Energy in Dubai, Managing Director and CEO of Dubai Electricity and Water Authority (DEWA), and Chairman of WGES, in addition to Ahmad Buti Al Muhairbi, Secretary General of the Dubai Supreme Council of Energy (DSCE), as well as other government officials and representatives of the private sector.

Al Zeyoudi added, “WGES since its inception five years ago has contributed significantly in experience and knowledge transfer as well as highlighting the efforts exerted by the UAE. Also the Summit has created a platform to finance green investments through Dubai declaration that was launched during it.”

Saeed Mohammed Al Tayer said, “The preparations are completed to host the sixth edition of WGES that is organized by DEWA and WGEO in collaboration with international partners. In line with the directives and patronage of His Highness Sheikh Mohammed Bin Rashid Al Maktoum, that aims to support the relentless efforts of the UAE in sustainable development, as well as to reinforce Dubai’s position as the global capital of green economy. While our wise leadership is keen to build a more sustainable environment, we aim to find long term solutions that address the challenges in line with the United Nations Sustainable Development Goals 2030, and the transition to green economy to ensure a sustainable future for us and generations to come.”

Saeed Mohammed Al Tayer unveiled during his speech that the sixth edition of summit will have presence of a number of presidents, global leaders and influencers. He said, “One of the biggest guests to the summit is Ban Ki Moon – Former Secretary-General of the United Nations, who will participate as the main speaker, as well as François Hollande, Former President of France, Felipe Calderón, Former President of Mexico, Juan Manuel Santos, Former President of Colombia and Julia Gillard, Former Prime Minister of Australia, and Ovais Sarmad, Deputy Executive Secretary of the United Nations Framework Convention on Climate Change (UNFCCC). Locally, the summit will witness the participation of Dr Thani Bin Ahmed Al Zeyoudi, UAE Minister of Climate Change and Environment, Mariam Bint Mohammed Saeed Hareb Almheiri, UAE Minister of State for Food Security, Awaidha

To enrich the discussion of the summit, that aims to find solutions to move green economy ahead and achieve sustainable development goals, as well as address the challenges of climate change, WGES will also see participation of government employees, decision makers, international consultants in the green economy along with members of non-governmental institutions. 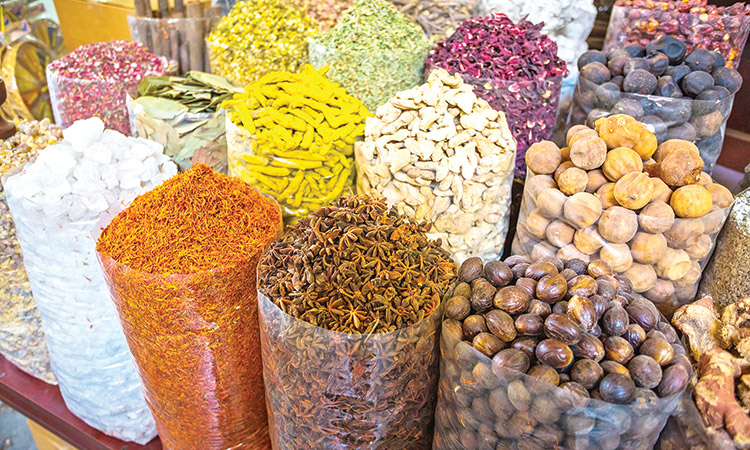