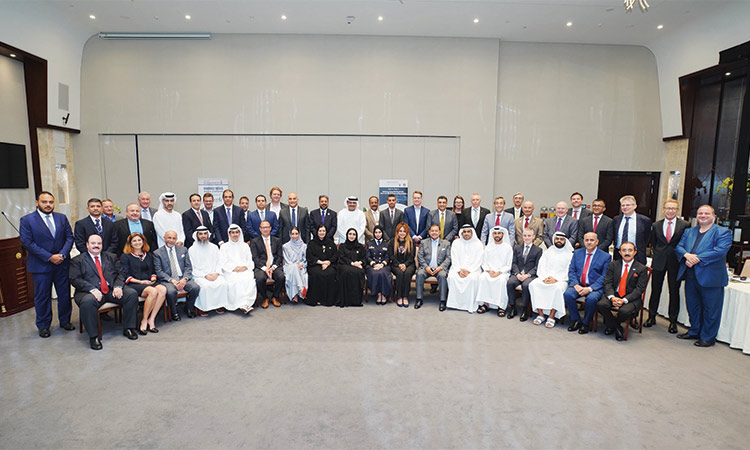 The third annual UAE Maritime Leaders Roundtable Discussion, held at a local hotel in Dubai on Tuesday, focussed on the theme of ‘Reinforcing a Competitive Classification Sector in the UAE: Challenges and Opportunities’, to deliver industry advancing progress.

Bringing together prominent UAE maritime players from private and government sectors, discussions revolved around the status of maritime in the country and fostered plans to achieve more efficient and optimised industry standards.

Abdullah Belhaif Al Nuaimi, Minister of Infrastructure Development and the Chairman of the Federal Transport Authority for Land and Maritime stated, “Transparency and credibility are among a number of significant values that the FTA prioritizes, and this doesn’t just apply to our internal operations. The roundtable’s objective of enhancing maritime, by uniting the industry’s top decision makers, effectively aligns with the FTA’s desire to uphold integrity at the forefront of our operations and communications.”

Eng. Hessa Al Malek, Executive Director of Maritime Transport at FTA clarified saying, “The UAE’s elite maritime standing offers no room for complacency. The country’s climb in stature has been dependent on both innovation and a proactive approach, and the same applies to the maritime sector. By remaining pragmatic and assessing the international and regional markets, the FTA is constantly monitoring industry progress. This has enabled us to make strategic decisions by determining what changes and implementations can or need to be made, and then accordingly carrying these out; likewise, the roundtable is becoming instrumental in our approach.”

Darren Leskoski, Vice President, Middle East and Africa, American Bureau of Shipping explained, “We understand that challenges are ever-growing in our constantly evolving industry, which is why we continue to innovate in an attempt to roll out smarter modes of operation that enable further excellence.”

Capt. Tony Field, Vice President Middle East & Africa, Marine & Offshore, LIoyd’s Register elaborated saying, “Digitalisation is a great opportunity, but ensuring the innovations being introduced are beneficial to our industry are equally as important. In the same light, ambitious targets are admirable, but making sure the industry is able to achieve these objectives is crucial.” Capt. Sahar Rasti, CEO of SJR Group said, “Alignment and consistent interpretation of IMO requirements by the International Association of Classification Societies (IACS) is essential. The IACS has the most technical set of skills, and in terms of experience, this often exceeds that of the owners themselves. A more active advisory role by IACS would not only enhance the operations of ship owners, but it would also create the ability for operators to be more prepared for industrial transitions.”

Upon the MEPC’s committee meeting in 2015, the conclusion resulted in the decision to take a 3-year hiatus before deciding upon the eventual implementation of the sulphur cap in either 2020 or 2025. The decision (based on market analysis) that was made upon re-meeting in 2018, was that the sector would comply with the former date. Some ship owners have suggested that a lack of guidance by the IACS has been the root cause of a compliance time crunch. On the other hand, the notion of reducing sulphur emitted into the atmosphere has long been in an industry topic; meaning the argument could be made that ship owners should have been proactively preparing for such a moment.

Commenting on this, Hussein ElBagouri, Managing Director of Dolphin Marine stated, “While reversing the ramifications of 2020 are implausible, greater advisory would certainly contribute to greater efficiency in the future. As an industry, we are all responsible for the development of the shipping sector. The importance of our industry is immeasurable and that should encourage us all to prioritize the 2050 GHG targets set out by the IMO.”

The UAE Maritime economy has long been dependent on effective, international shipping services and with the rapid pace of shipping and trade today that is all the more important. Speaking on this notion, Tarek Saad, Head of Baker McKenzie Habib Al Mulla’s Maritime practice in the UAE, explained, “If shipping stops, everything stops. Smooth operations for all market players depend on a regulatory framework that is consistent with international standards and meets industry requirements. This includes protecting clean seas, a focus on safe operations and crew wellbeing, a competitive business environment and much more. The new Federal Maritime law will unquestionably enhance the existing industry framework, with further adjustments that dovetail with global developments as the sector continues to evolve.” 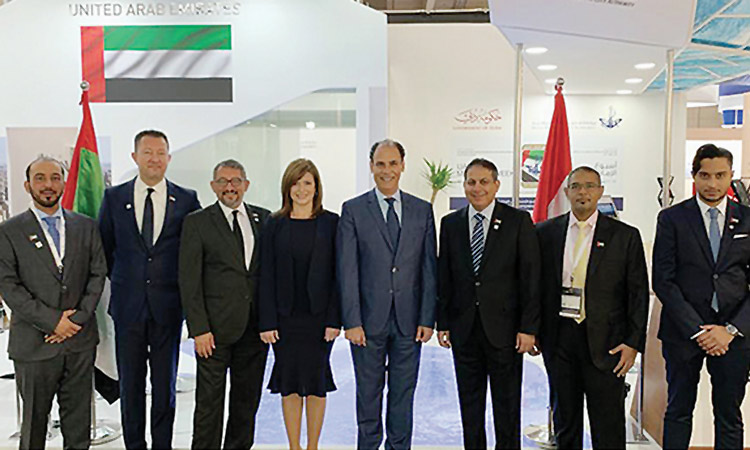 The Emirates Maritime Arbitration Centre (EMAC) returns with the Dubai Maritime Cluster to the most sought-after shipping event on the globe, Nor-Shipping between 4 - 7 June, 2019 in Oslo, Norway. 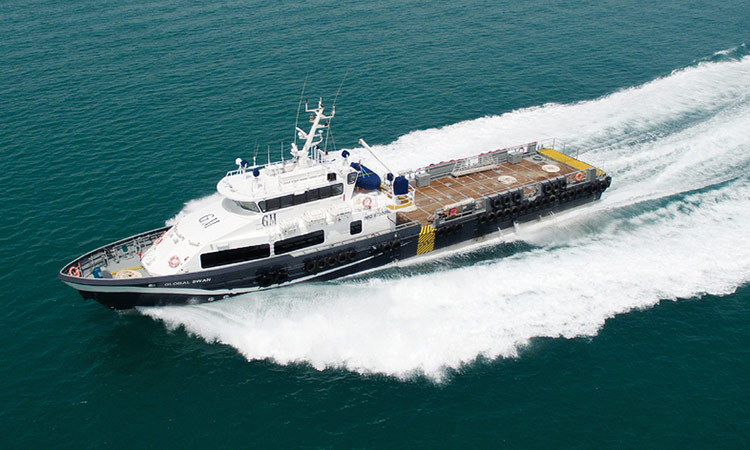 The UAE maritime industry is booming and it’s becoming the hub for leading business companies. The UAE-based, Grandweld Shipyards, has announced exceptional results for 2018. The company is taking advantage of being located