Britain revises tariff regime in event of Brexit without a deal 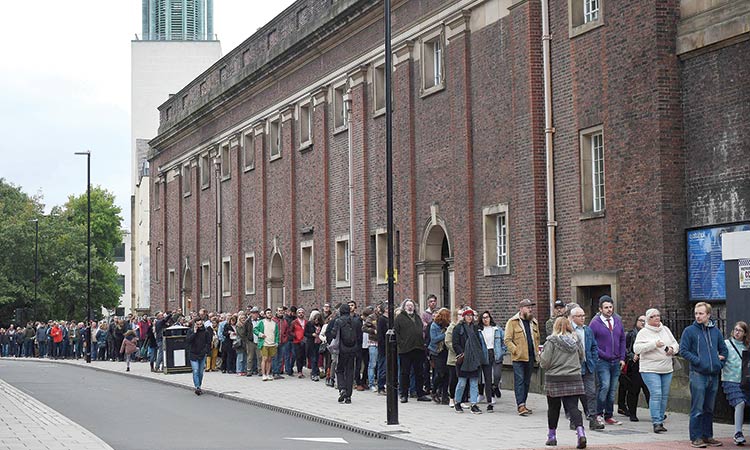 Britain on Tuesday revised the tariff regime that would come into force if it leaves the European Union (EU) without a deal, making 88% of total imports by value eligible for levy free access.

Seeking to balance the need to keep consumer prices down without destroying domestic producers, Britain also said under a new “exceptional review process” it could make changes to the regime from day one if needed.

The revised plan, which follows feedback from industry, lowers tariffs on trucks, applies tariffs to additional clothing products and adjusts levies on bioethanol to retain support for UK producers of a fuel that is important to critical national infrastructure.

“The UK is a free trading nation and British business is in a strong position to compete in an open, free-trading environment,” Trade Policy Minister Conor Burns said.

Large number of delegates came to Newcastle City Hall to hear the speeches of politicians on Brexit in Newcastle on Saturday.

With just 23 days to go before the United Kingdom is due to leave the world’s largest trading bloc - and with no divorce deal in sight - Prime Minister Boris Johnson’s government is stepping up preparation for a potentially chaotic exit.

London first published a temporary tariff regime before its original leaving date in March, as part of its preparations to leave a bloc it joined in 1973.

The government has left some protections in place for British producers, for instance carmakers and farmers, while many other industries will face cheaper competition from abroad.

Britain’s budget deficit is likely to more than double to around 100 billion pounds ($123 billion) if the country leaves the European Union without a deal, quickly requiring a return to austerity, a leading think-tank said on Tuesday.

Britain is due to leave the EU on Oct. 31 and Prime Minister Boris Johnson has said he is determined to do so despite parliament ordering him to seek a delay if he cannot negotiate an acceptable transition agreement before then.

The Institute for Fiscal Studies predicted borrowing would rise to 92 billion pounds - equivalent to 4% of national income - by 2021/22 under a “relatively benign” no-deal Brexit scenario, in which there are no major delays at borders.

Even then, the economy would still enter recession in 2020, the IFS said in an annual assessment of the public finances.

In the longer term, a no-deal Brexit would mean less money to spend on public services - or higher tax rates - than staying in the EU or leaving with a deal, the IFS said.

Even without Brexit, Britain was likely to have to raise tax rates to fund the cost of pensions and public healthcare for an ageing population, it said.

Finance minister Sajid Javid announced 13.4 billion pounds of extra spending on health, policing, schools and other areas last month - putting borrowing on course to overshoot a cap of 2% of GDP targeted by his predecessor, Philip Hammond.

“The outlook for borrowing has worsened dramatically since March,” Emmerson said.

Javid is due to set out fresh borrowing plans an annual budget before the end of 2019, possibly before an early election as Johnson seeks to regain a working majority in parliament.

The IFS said the government’s budget targets had lost credibility and it was now set to spend almost as much on day-to-day public services as planned by the opposition Labour Party before an election in 2017, promises which drew criticism from the ruling Conservative Party.

It also said the government should wait until the outlook for Brexit was clearer before setting long-term budget goals, and avoid income tax cuts of the type that Johnson suggested when he campaigned to become Conservative leader.

Britain’s economy is increasingly showing signs of strain as the Brexit crisis and the global slowdown intensify, with the loss of momentum appearing to spread to areas which have hitherto been sources of growth.

Confidence among businesses has ebbed to its lowest levels since the global financial crisis.