Denmark government to boost spending after years of austerity - GulfToday

Denmark government to boost spending after years of austerity 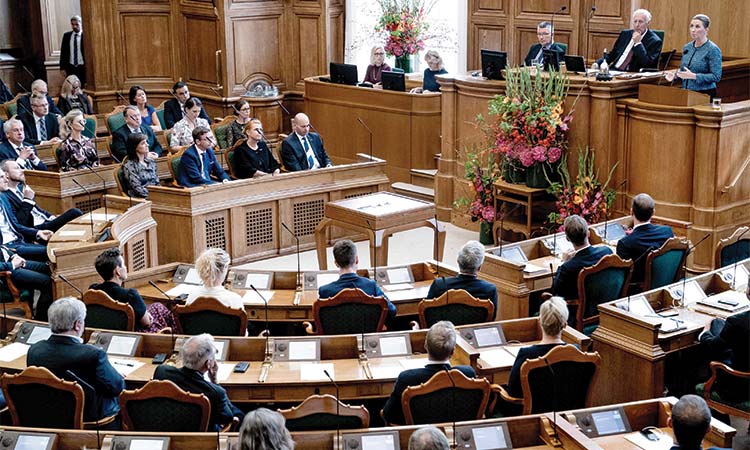 Denmark’s new Social Democratic government said it would pour more money into healthcare, education and the welfare system, following through on its campaign pledge to reverse years of cuts by previous administrations.

Denmark’s Prime Minister Mette Frederiksen spoke at the opening session of the Danish Parliament Folketinget at Christiansborg Palace in Copenhagen on Tuesday.

The government said it had room to manoeuvre on spending because Denmark’s public finances were in good shape after years of austerity and that it would also raise taxes on businesses to help pay for the policy shift.

The Social Democratic Party, the main architect behind the creation of Denmark’s cradle-to-grave welfare state in the 20th century, won power in a June 5 election as voters rebelled against austerity and the rise of right-wing nationalists.

Many Danes, who pay some of the highest taxes in the world to fund their welfare system, are concerned that further spending cuts would erode the country’s long-cherished universal healthcare, education and services for the elderly.

The government led by Mette Frederiksen said it would channel an extra 5.4 billion crowns ($789 million) into welfare next year, including hiring 1,000 new nurses, supporting poor families, and increasing spending on education.

The spending measures will push Denmark’s budget into a deficit of 0.1% of gross domestic product next year, though it will still be well below the European Union limit of 3% and comes after a surplus of 0.2% in 2018.

“With some of the healthiest public finances in Europe, Denmark is able to loosen its fiscal policy as the European Central Bank (ECB) has urged EU states to do. On the other hand, the Danish economy is not really in need of any fiscal boost,” Danske Bank economist Las Olsen said.

Austerity measures brought in by right-leaning governments have helped Denmark recover from the financial crisis a decade ago. Last year, Denmark’s economy grew by 1.5% and the government expects growth of 1.7% this year and 1.6% in 2020.

The government said it would give the country’s tax agency, which has come under fire after 12.7 billion crowns in revenue were lost in a financial market scam, an extra 1.5 billion crowns next year to combat fraud.

It will also bring back an inheritance tax that has been opposed by business owners and higher duties on cigarettes and other goods.

Frederiksen, who at 41 is Denmark’s youngest prime minister, has also taken a tough stance on immigration and her government abolished a plan for a refugee exit centre that would house foreign criminals on a tiny island.

The minority government will now negotiate the budget proposal with its left-wing allies that have called for more welfare and a halt to the economic reforms they say have increased inequality in the Nordic country.

Meanwhile, Russian President Vladimir Putin urged Denmark on Wednesday to ignore US pressure and “show it has sovereignty” by allowing the Nord Stream 2 gas pipeline to go through its territory.

He said it would cost Moscow more money if it had to bypass Denmark but it would complete construction of the pipeline from Russia to Germany anyway.

Speaking at an energy conference in the Russian capital, Putin also said Moscow was ready to extend its current gas contract with Ukraine for a short time if necessary and would be ready to work with Kiev under European Union gas regulations.

The Nord Stream 2 project would double the capacity of the existing Nord Stream pipeline from Russia to Germany and allow Russia to bypass Ukraine, currently its main transit route for European sales.

Denmark has yet to approve the pipeline which is already under construction and has almost reached the Danish border.

Washington says the project would strengthen Russia’s economic grip on Europe and a US Senate committee passed a bill in July to place sanctions on companies and individuals involved in its construction.

“Denmark is a small country which has come under strong pressure and it is up to it whether or not to assert its independence and show it has sovereignty,” Putin said. “If they do not do so, there are other routes,” he added. “It would cost more and hold us up a bit, but I think the project will be completed anyway.”

Russia has traditionally shipped the bulk of its gas supplies to Europe through Ukraine, but tensions over the terms of shipping and the sale price for Ukraine itself have routinely disrupted supplies. 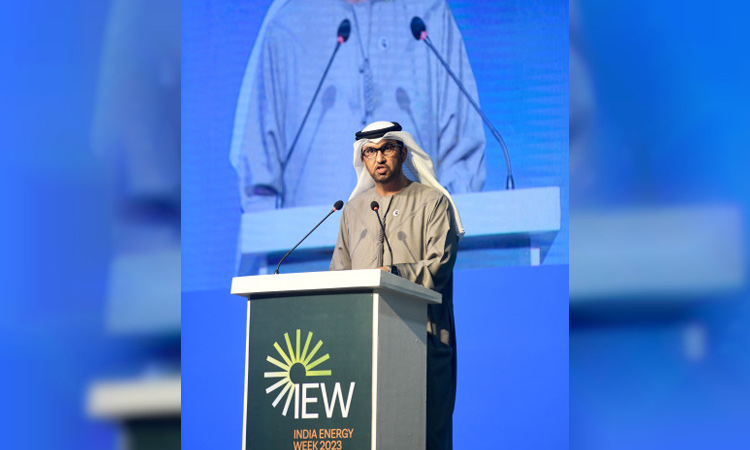