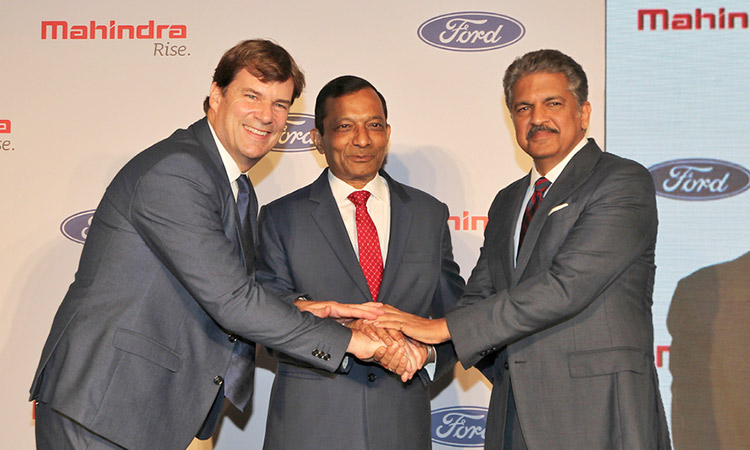 Top officials of the two companies join their hands after attending a news conference in Mumbai. Reuters

Ford Motor Co and Mahindra & Mahindra will form a joint venture in India valued at $275 million to produce and sell vehicles in the country and export to emerging markets, the two companies said on Tuesday.

The two companies have for months been negotiating the deal which will see Ford take a 49% stake in the new entity and end most of its independent local operations in the country, Reuters reported in April.

Under the terms of the deal, which is likely to be finalised by mid-2020, Ford will transfer its local automotive assets, including both its car manufacturing plants in the country, and employees to the new entity, the companies said in a statement.

Under pressure from shareholders to make profits, Ford has been globally restructuring its businesses with an aim to save $11 billion over the next few years.

By shifting to a joint venture, Ford is changing its India strategy where it has long run an independent operation in a market dominated by Asian car makers like Suzuki Motor Corp and Hyundai Motor Co and where several others have struggled to make money.

“Strong alliances like this play a crucial role in assuring we continue to achieve our vision while at the same time staying competitive and delivering value to our global stakeholders,” Jim Hackett, Ford president and CEO said in the statement.

Ford’s two car manufacturing plants - one in Chennai in southern India and the other in Sanand in western India which was inaugurated in 2015 - will be moved to the new joint venture, the companies said. Ford will retain its engine plant at Sanand and its global business centre in Chennai.

The new entity, which will be operationally managed by Mahindra, will develop and sell Ford brand vehicles in India and export Ford and Mahindra brand vehicles to emerging markets.

“I think it’s a disappointment when I see Ford sitting at the passenger seat, while Mahindra drives, if that will be the arrangement,” said Gaurav Vangaal, senior analyst, automotive forecasting at consultancy IHS Markit.

“But looking at a global scenario of rapid transformation in powertrains and a shift to electric, this is a better way to mitigate investment risks,” he added.

Michigan-based Ford invested more than $2 billion in India over two decades but it has consistently struggled - it has a share of about 3% in a market where Suzuki’s local unit, Maruti, is the top player with a 50% share.

In India, Ford currently manufactures and sells its cars via its wholly owned subsidiary. In 2017 it formed a strategic alliance with Mahindra under which, among other things, they will develop new cars together, including SUVs and electric variants.

Ford Motor said recently it would launch eight electric vehicles in Europe this year, a key step in its target of achieving a majority of its overall sales from electric cars by the end of 2022.

The US automaker is pushing into electric vehicles at a time when car manufacturers around the world are racing to slash carbon dioxide emissions in order to comply with more stringent environmental standards in the European Union.

Ford’s launches include electric variants of the Kuga and Puma SUVs and the Mondeo sedan. The automaker also plans to launch nine other electric vehicles by 2024 in Europe, including a new Mustang-inspired electric sports utility vehicle next year.

The automaker unveiled the models at the Frankfurt Motor Show in Germany, and said it would partner with six leading energy suppliers across Europe to provide home-charging wall box installation services.

The carmaker, like its rivals, has been facing stagnant demand and rising costs as it invests billions of dollars in electric, hybrid and autonomous vehicles in efforts to boost sales.

The company’s European business has been losing money for years and the pressure to restructure its operations increased after rival General Motors raised profits by selling its European Opel and Vauxhall brands to France’s Peugeot SA.

In a bid to slash development and manufacturing costs, Ford tied up with Volkswagen in July to jointly develop electric and self-driving vehicles.

VW agreed to plow $3.1 billion into Ford’s Argo AI self-driving unit, but estimated it could realize up to $20 billion in revenue by sharing its MEB electric vehicle architecture with Ford in Europe. 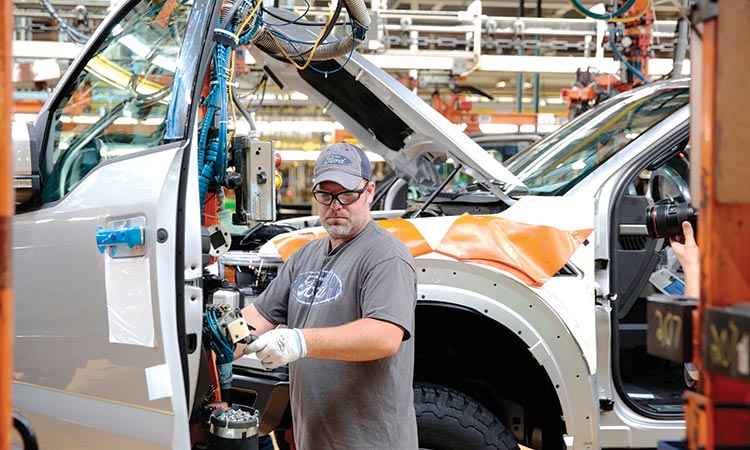 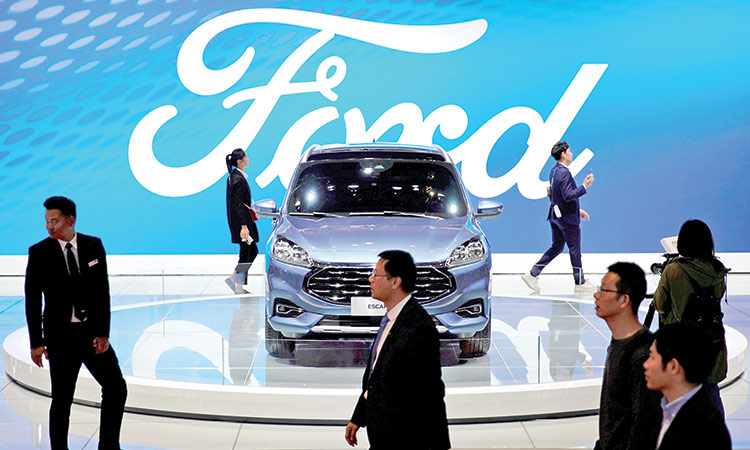 Ford Motor reported a lower-than-expected profit, weighed down by charges to restructure its units in Europe and South America, and the automaker gave a full-year earnings forecast that fell short of analysts’ projections.