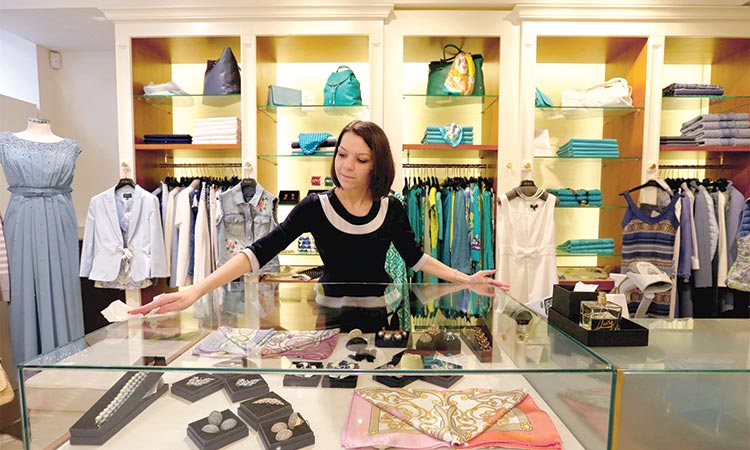 A shop assistant at a luxury boutique in Budapest, Hungary. Reuters

The National Bank of Hungary (NBH) sees tax-adjusted core inflation, its preferred measure of lasting price trends, at 3.4% this year and next, below its June forecasts, the NBH said in its quarterly inflation report published on Thursday.

The NBH left interest rates unchanged, with global monetary easing, a deteriorating eurozone outlook and lower inflation outweighing considerations about a sliding forint, which hit a record-low versus the euro this week.

The central bank said Hungary’s current account had swung into a deficit worth 0.5% of gross domestic product in 2018, following a revision to official statistics and would remain in a deficit until at least 2021 based on its current assumptions.

In its previous inflation report published in June, the bank put the current account at a surplus of 0.5% in 2018, dropping to zero this year before a rebound to a 0.7% surplus by 2021.

Central bank Managing Director Barnabas Virag it was due to a regular methodological revision carried out by the Central Statistics Office.

“The emphasis remains on Hungary’s financing ability, which continues to be solidly positive,” he said.

“The change in the current account balance is largely due to investments. The investment rate is very high at over 28% and these capacities should start bearing fruit sooner or later.”

The bank warned however that economic growth was expected to slow over the coming quarters and weakening activity in the European Union, Hungary’s main trading partner, would have an increasingly strong impact.

It sees economic growth slowing to 3.3% next year from 4.5% in 2019. The bank also said the worsening external environment may lead to a re-planning of the timing of export-oriented investments in Hungary.

“Effective use of EU funds will gradually decline after this year, resulting in a decline in public investment in 2020-2021,” the bank said. “Hungary’s export growth may become more muted, reflecting the deterioration in the global and the outlook for European demand.”

The central bank said downward inflation risks have strengthened as the European economy slows, and affirmed its accommodative monetary stance. The bank has repeatedly said it had no exchange rate target.

“Today we can state more confidently that downward inflation risks have really strengthened,” Deputy Governor Marton Nagy told a news conference after the meeting on Tuesday.

Nagy said that among the bank’s risk scenarios, two were now showing downward risks and only one pointed to upside inflation risks. He said the forecasts were calculated with current forint exchange rates.

Nagy also said lower imported inflation was expected to offset the weaker forint, according to the bank’s present forecasts. He said the 2020 economic growth forecast of 3.3% had downward risks.

The bank will remain in a data-driven mode after what Nagy said was a fine-tuning of monetary conditions.

Hungary’s base rate at 0.9% is the lowest in Central Europe, and the NBH is expected to keep it there in 2020 as well. The central bank’s overnight deposit rate is still in negative territory at -0.05%.

Core inflation, which hit the top of the central bank’s 2% to 4% target range in May, retreated to 3.7% by August while headline inflation slowed to 3.1%. The central bank targets 3% inflation plus or minus one percentage point.

The NBH said that core inflation was expected to decline at a lower-than-forecast trajectory, after a temporary rise.

“In the coming months, core inflation excluding indirect tax effects is expected to rise slightly, before decreasing to 3% along a lower than previously expected path, due to external disinflationary effects,” it added.

“The main storyline is the negative developments in the euro zone which is increasing risk factors for connected emerging markets,” economist Tatha Ghose at Commerzbank said in a note before the meeting.

The Hungarian economy expanded by 4.9% in the second quarter compared with the same quarter last year, but it is expected to decelerate as growth slows in Germany, its main trading partner.

Analysts polled by Reuters last week said the central bank was expected to keep rates unchanged on Tuesday and stick to its dovish stance, ignoring the weak forint, which has lost nearly 4% of its value versus the euro in 2019. 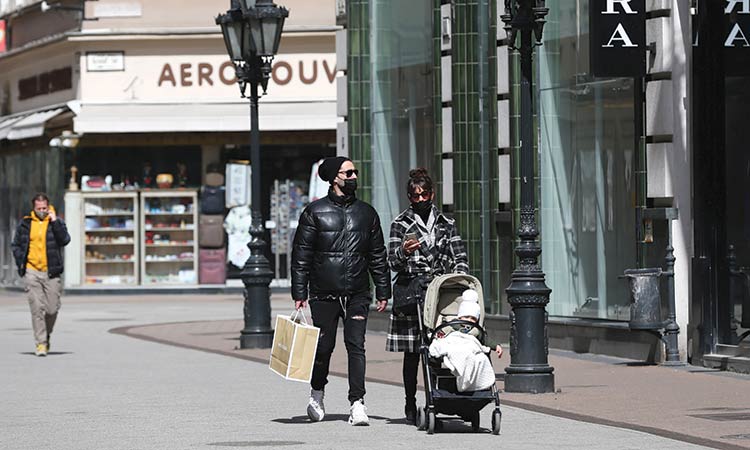 Hungary’s June headline inflation accelerates to an annual 5.3 per cent

The National Bank of Hungary is likely to extend its cycle of rate hikes with a 20-basis-point increase in its base rate to 1.1% next Tuesday after higher-than-expected inflation data, a Reuters poll of analysts showed. The NBH raised its base rate