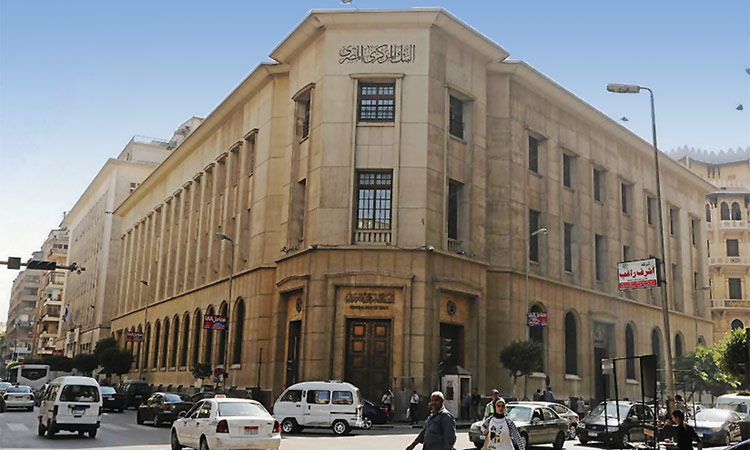 Egypt’s central bank on Thursday cut its key interest rates for the second month in a row, after inflation fell further and as central banks globally ease monetary policy.

All 11 economists surveyed by Reuters had said the Central Bank of Egypt’s (CBE) monetary policy committee would cut rates. Five said the bank would cut by 100 bps, three predicted a 150 bps cut and three 50 bps.

“It’s good for the economy, but broadly in line with expectations,” said Allen Sandeep, head of research at Egypt-based Naeem Brokerage, which predicted a 150 bps cut.

“We expect the monetary easing cycle to continue as inflation is likely to drop further before the MPC meets again in November,” Sandeep said.

The central bank cut rates after inflation figures fell to their lowest in more than six years, it said in a statement.

“Globally, the expansion of economic activity continued to weaken, financial conditions eased, and trade tensions continued to weigh on the outlook,” the bank said. “International oil prices remain subject to volatility due to potential supply-side factors that include geopolitical risks.” July inflation came in significantly below expectations, and the headline figure fell further in August to a six-year low of 7.5%. Headline inflation reached a 2019 high of 14.4% in February.

At its last policy meeting in August, the central bank slashed its overnight deposit and lending rates by 150 basis points to 14.25% and 15.25% respectively.

The low July inflation figures took analysts by surprise as they had expected inflationary pressures to rise in the wake of a round of subsidy cuts that pushed fuel prices 16-30% higher.

The fuel price hikes were the last in a series of subsidy cuts tied to a three-year $12 billion loan from the IMF. Other reforms tied to the deal included devaluing the currency by about half and introducing a value-added tax.

The reforms have made Egypt an emerging market darling, and economists have hailed the measures. But millions of Egyptians are still struggling to make ends meet, despite the more positive economic data.

“It could have been more but I’m glad the MPC cut the rates. It is a good move,” said Angus Blair, chairman of business and economic forecasting think-tank Signet.

“It will not affect the economy too much as Egypt’s household and corporate sectors are not too leveraged,” he said. “It will, however, help to bring down the government’s debt burden and give it greater fiscal maneuverability.” The bank’s decision to make a second consecutive cut came after Egypt’s main stock index suffered heavy losses between Sunday and Tuesday.

The benchmark EGX30 index rebounded, gaining 3.2% on Wednesday and 1.9% on Thursday.

Business sentiment around future activity soared to the highest in one-and-a-half years in August, as more Egyptian firms expressed optimism for growth. Nevertheless, present operating conditions were subdued, mainly due to mild declines in output and new orders. Output and new orders drop slightly in August, but exports grow further. Employment levels rise for first time in four months. Employment improved for the first time since April, but backlogs grew amid issues with liquidity.

Input cost inflation meanwhile ticked up as pressure from higher fuel prices persisted. As such, firms raised selling charges at the fastest rate in a year. The headline seasonally adjusted IHS Markit Egypt Purchasing Managers’ Index (PMI) - a composite gauge designed to give a single-figure snapshot of operating conditions in the non-oil private sector economy - fell from 50.3 in July to 49.4 in August, signalling a slight worsening in the health of the sector. It was the tenth deterioration in 12 months, but one that was among the softest seen in this period.

Output levels declined over August, after a slight expansion in July.

Lower activity was largely linked to weaker sales, with many firms commenting on the impact of poor labour market conditions in the economy.

On the flip side, new export orders increased for the second month in a row. Firms noted an improved picture in the external market, as contracts from trading partners in the Middle East and other regions increased. This indicated that the fall in total sales was driven by weakness in domestic demand.

Egypt aims to gradually increase economic growth to 8% by 2022, the country’s prime minister Mostafa Madbouly said during the inaugural session of the meeting of the Council of the Arab Central Banks Governors and Arab Monetary Associations in July.