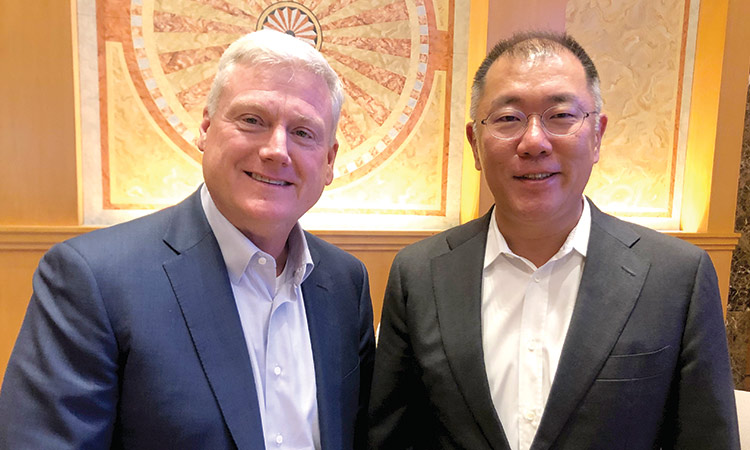 Kevin Clark and Euisun Chung during a function in New York. Reuters

Hyundai Motor Group will invest $1.6 billion in a joint venture (JV) to develop self-driving vehicle technologies with Aptiv, the biggest overseas investment by the South Korean carmaker to catch up to rivals in the highly competitive autonomous car market.

Global carmakers and their suppliers are forging alliances to develop autonomous car technologies partly due to the need to share the huge financial and technical burdens. Hyundai has lagged global rivals who have invested heavily into developing new technologies for electrified and autonomous vehicles.

Hyundai Motor, Kia Motors and Hyundai Mobis will collectively contribute $1.6 billion in cash and $400 million in research and development resources and others, valuing the joint venture $4 billion, Hyundai Group and Aptiv said in a joint statement.

Dublin-headquarterd Aptiv, which will own 50% of the joint venture, will contribute its autonomous driving technology, intellectual property, and about 700 employees focused on the development of scalable autonomous driving solutions.

Aptiv Chief Executive Kevin Clark in a joint interview with Hyundai Executive Vice Chairman and heir apparent Euisun Chung on Monday the joint venture at this point would not get involved in running ride-hailing, data or network services of its own.

Instead, the new firm would begin testing fully driverless systems in 2020 and have a production-ready autonomous driving platform available for robotaxi providers, fleet operators and automakers in 2022.

“Uber is developing its own technology, but potentially our technology could be better than theirs and then they could also become our customers,” Chung said through a translator.

Hyundai Motor aims to commercialise its own autonomous vehicles in 2024.

Clark said the alliance would initially focus on self-driving technology for passenger vehicles. But Chung said the Aptiv partnership ultimately also could help Hyundai speed up automation for commercial vehicles, such as long-haul trucks.

The executives said their technology would be tested and developed across Asia, Europe and the United States to offer products tailored to major markets. They said they would discuss additional alliance members going forward.

Aptiv, which manufactures vehicle components and provides technology for self-driving cars, was formerly known as Delphi Automotive, which was split into Aptiv and Delphi Technologies in 2017.

Deutsche Bank said in a report that Hyundai’s cash injection would enable Aptiv to cut its near-term funding needs. But Deutsche questioned whether the new structure could deter other automakers from sourcing autonomous systems from Aptiv in the future.

Aptiv’s major customers include GM, Volkswagen and Fiat, according to its annual report. Hyundai Motor is also one of its customers, a Hyundai spokesman said.

The latest investment is another sign that Hyundai has abandoned its strategy of developing technology in-house, a strategy which previously raised investor concerns that it may be left behind in the race for future mobility.

Hyundai, which along with affiliate Kia Motors ranks fifth in global sales, has joined rivals in making a series of investments in technology firms, including self-driving car tech startup Aurora, especially after Chung was promoted a year ago.

Hyundai Motor said in February that it would invest 14.7 trillion won ($12.3 billion) in future technologies such as self-driving, connectivity and car-sharing areas by 2023.

The Aptiv venture will be headquartered in Boston. The transaction is subject to regulatory approval and is expected to close in the second quarter of 2020.

Police said they were investigating the group on suspicion of defacing the advertisement for a sedan next to a busy expressway in the capital, Seoul.

Greenpeace spokesman Sean Lee said the group wanted to send a message to Hyundai Motor that eliminating internal combustion engines was “no longer a matter of choice”.

The sign, visible to travellers making their way home to Seoul along the busy expressway after a long holiday weekend, was later taken down.

Hyundai, which together with its affiliate Kia Motors, are the world’s fifth-largest automaker by sales, reported the incident to the police for investigation, a police official said by telephone.

Hyundai had no immediate comment. Climate groups like Greenpeace have been stepping up their action around the world against car makers developing big, heavy cars and vehicles with internal combustion engines.

Police said a person responsible for defacing the billboard could face up to three years in prison or a 7 million won (nearly $6,000) fine for property damage, the police official said.

Lee In-sung, a Greenpeace Seoul office campaigner handling legal affairs, said the group was aware of the possible criminal charges but it would carry on with its non-violent action “perhaps in a different form”. 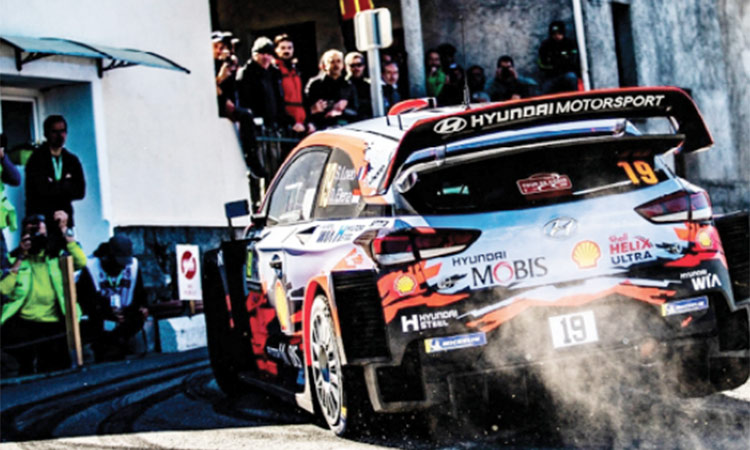 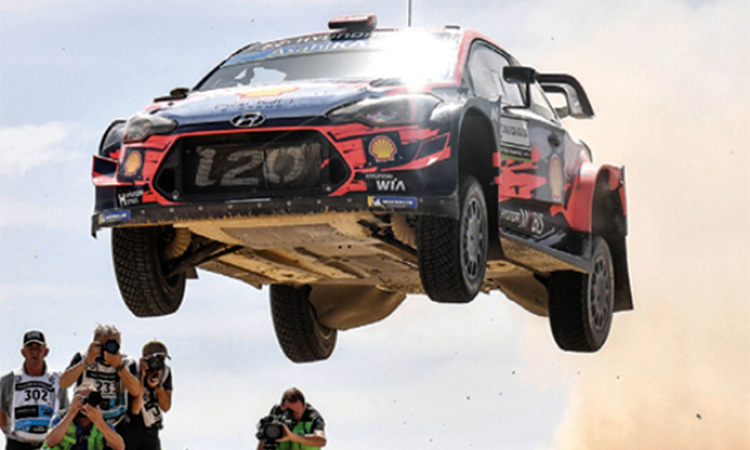 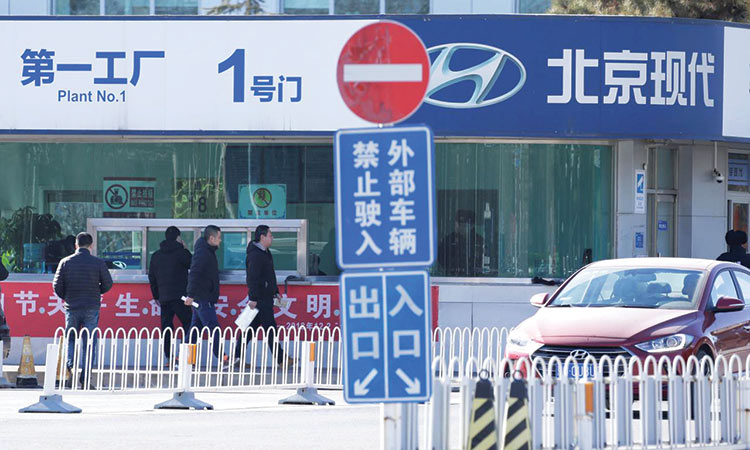 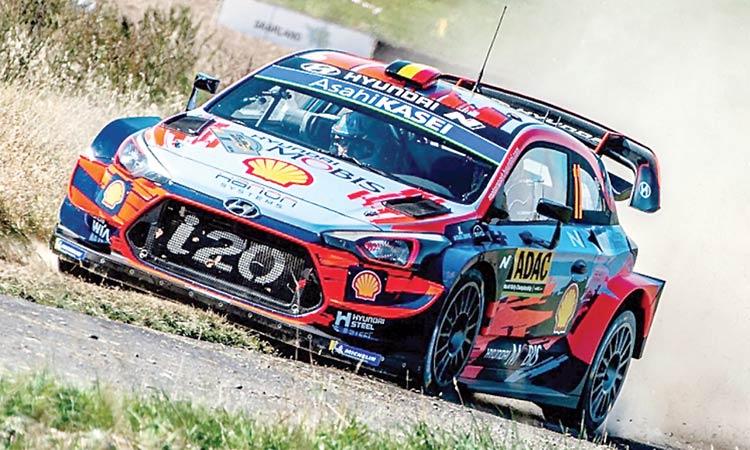