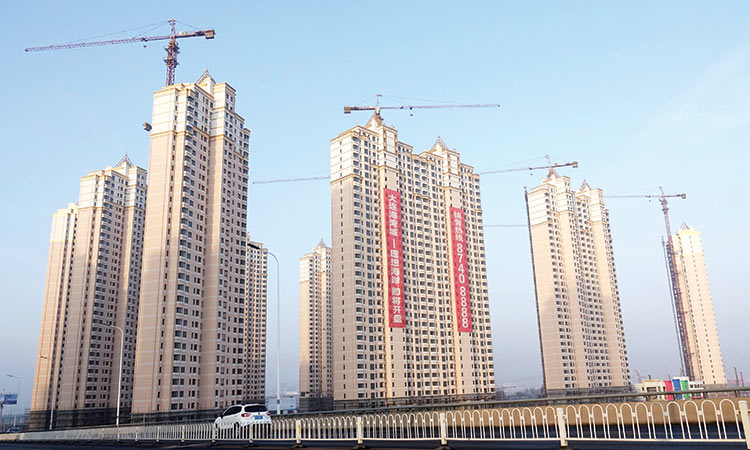 Sales growth accelerated to the highest in more than a year but a surge in demand could be concerning for policymakers who want to reduce high household debt and manage potentital bubble risk.

Property investment is a significant contributor to growth in the world’s second-largest economy. A robust real estate industry has helped China counter a broader slowdown in its economy from a protracted trade war with the United States.

Property investment in August rose 10.5 per cent from year earlier, quickening from July’s 8.5 per cent pace, marking the fastest growth since April, according to Reuters calculations based on National Bureau of Statistics (NBS) data on Monday.

For January-August, property investment also grew 10.5 per cent on year, versus a 10.1 per cent gain in the same period last year and 10.6 per cent in the first seven months.

The stronger August investment and sales readings come amid a prolonged contraction in factory activity and a sharper fall in producer prices for the month, which have fuelled worries that a global recession may be around the corner as growth in China loses steam.

Property sales by floor area, a crucial barometer of demand, rose 4.7 per cent in August year on year, up from July’s 1.2 per cent growth and was the fastest growth since July 2018, Reuters calculations showed.

For January-August, sales still fell on an annual basis, contracting 0.6 per cent after a 1.3 per cent decline in the first seven months.

Property prices are still growing at nearly 10 per cent after more than three years of policy tightening. Some cities are showing signs of rapid cooling but others are plagued with overheating risks.

The authorities, however, have vowed not to use the property market as a form of short-term stimulus while it steps up efforts to stimulate the economy.

In August, China’s banking and insurance regulator said it had uncovered a number of violations among small lenders such as extending loans to undercapitalised real estate projects and over-indebted local government platforms.

For January-August, new construction starts grew 8.9 per cent versus a 9.5 per cent gain in the first seven months.

Sales growth could face stronger headwinds in the coming months as China steps up efforts to clamp down on speculative buying. In late August, the government said it would set a floor on mortgage rates for individuals, starting in October.

Average mortgage rates in August for both first and second home purchases in China were increased from levels seen in July, state-owned China Securities Journal said on Thursday citing a research report.

Funds raised by China’s real estate developers increased 6.6 per cent from a year earlier in the first eight months, also lower than a 7 per cent rise in January-July, according to official data, a sign of continued liquidity pressures for developers amid tightened scrutiny on loans flowing to the housing sector.

Meanwhile the yuan held a firm tone on Monday after a holiday weekend, with markets cheered by signs of progress in US-China trade negotiations though weak economic data at home and turmoil in oil markets curbed gains.

Ahead of high level trade talks next month, Beijing exempted duties on US goods and Washington delayed a tariff increase in a rapid exchange of goodwill gestures last week, encouraging investors. But that optimism was somewhat dented after data on Monday showed China’s August industrial production grew at its slowest in 17 years, flagging concerns over cooling economic growth. Earlier, Chinese Premier Li Keqiang acknowledged it would be “very difficult” to maintain growth at 6 per cent or more amid the global economic slowdown and rise of protectionism. 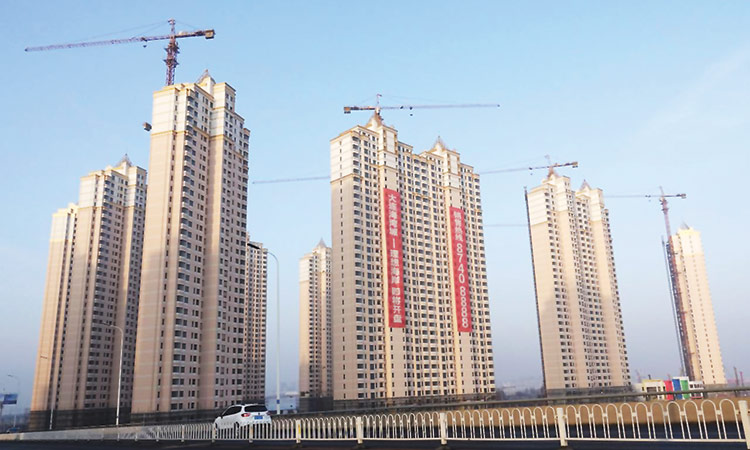 China’s new home prices grew at their weakest pace in nearly two years in November while property investment also eased, with tightening policies continuing to cool the market even as some local easing is expected to prevent a sharp slowdown.