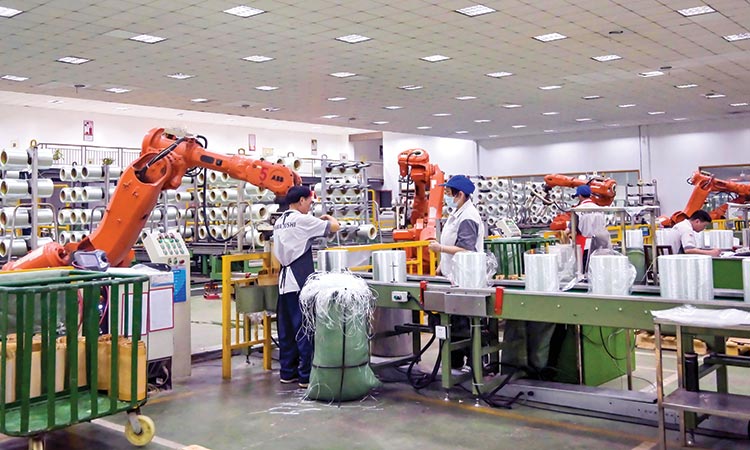 Analysts say flagging demand at home and abroad is forcing some Chinese businesses to slash prices to win new orders or cut output to contain costs, chipping away at already-lean profits and further dampening business confidence.

The fall was mainly driven by weakness in raw material prices, especially for energy and metals.

China’s producer price index (PPI) dropped 0.8% from a year earlier in August, widening from a 0.3% decline seen in July and the worst year-on-year contraction since August 2016, National Bureau of Statistics (NBS) data showed on Tuesday.

Analysts polled by Reuters had expected the index to have shrunk by 0.9%, the second straight month of outright declines.

“With demand-side pressures on prices increasingly subdued, we think that further monetary easing is on the horizon,” Capital Economics said in a note to clients, predicting producer deflation will get worse in coming months.

Share prices in Shanghai fell as the data pointed to growing profit pressure. The central bank on Friday cut banks’ reserve requirements for the seventh time since early 2018 to free up more money for lending, and analysts widely expect it to cut some of its key lending rates next week to reduce corporate borrowing costs.

China’s central bank governor Yi Gang said in late July that interest rate levels were appropriate and that cutting rates would mainly deal with the danger of deflation. But he said at the time that price changes in China remained moderate.

Surging food prices and higher consumer inflation will not be a barrier to policy easing, analysts said.

The consumer price index (CPI) rose 2.8% from a year earlier, unchanged from July and beating analysts’ expectations at 2.6%, but still below China’s annual target of around 3%.

“Despite the higher CPI, we expect the People’s Bank of China (PBOC) to cut interest rates in the fourth quarter this year,” ANZ said.

Core consumer inflation, which excludes food and fuel, remained mild, however. It picked up to 1.5% on-year after a 1.3% gain in the prior month.

“We do not think elevated inflation will lead PBOC to raise rates, given still-mild core inflation, although it could put some limit on rates declining too much,” Goldman Sachs said in a research note.

Weakness in producer prices has also been seen recently in other major economies including the United States, Canada and the eurozone, raising concerns over demand worldwide as the Sino-US trade dispute upends global supply chains.

Demand for major building materials faltered in August and manufacturing activity contracted more steeply than expected, while the central government remained reluctant to ease curbs on the property sector, a major growth driver, as it tries to keep home price rises in check.

Spot prices for steel reinforcing bars continued to hover below the level seen in the same period last year, worsened by a seasonal slackening in construction activities during summer.

Imports of unwrought copper, another cornerstone material in construction and a key gauge of demand, also sank in August.

Analysts expect more pain for Chinese exporters in upcoming months, with more US tariff measures set to take effect on Oct.1 and Dec.15.

Both sides agreed on Thursday to hold high-level talks in early October, but analysts remain doubtful that a trade deal could be forged in the next few quarters.

Analysts say China’s economic growth has likely cooled further this quarter from a near 30-year low of 6.2% in April-June, and could test the lower end of the government’s 6-6.5% 2019 target. Data on Sunday showed August exports and imports both shrank.

With the trade war expected to grow longer and costlier, an increasingly number of analysts have been lowering their China outlooks in the last few weeks. 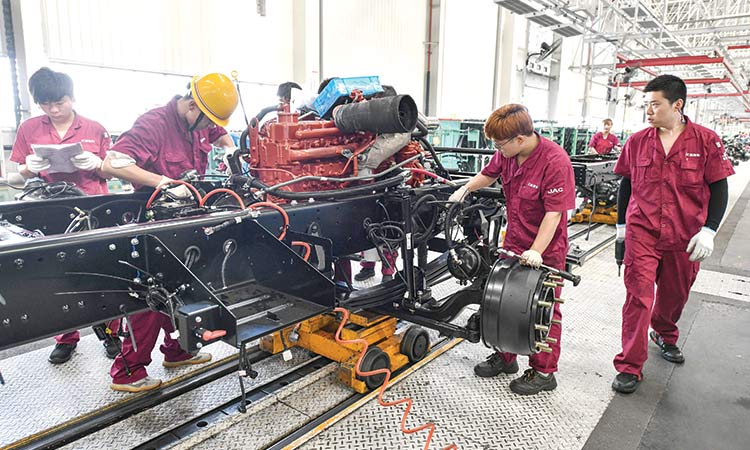 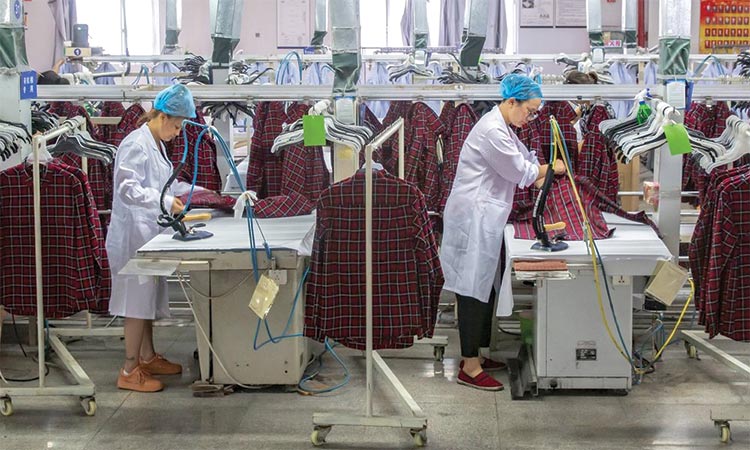 Chinese factory prices hit a more than two-year high in March, data showed on Friday, highlighting the country’s strong recovery but feeding concerns it could filter through to the global economy