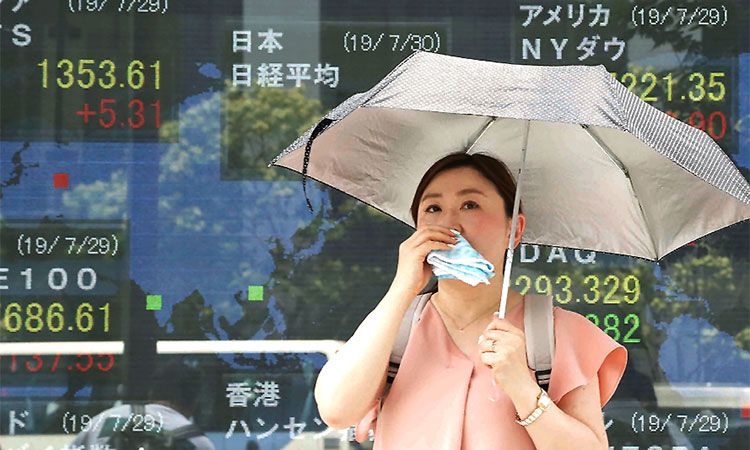 A woman stands in front of an electronic stock board of a securities firm in Tokyo. Associated Press

London equities fell on a rising pound, which jumped on official data that showed the British economy grew by 0.3 per cent in July, reducing the likelihood of a UK recession this year.

Elsewhere, the euro wavered as dealers mulled speculation that the European Central Bank could decide this week to loosen monetary policy.

“One broad theme is the prospect of monetary stimulus, which may be propping up some markets today,” said City Index analyst Fiona Cincotta.

“There are significant fears that the global economy is running out of puff.” Sterling jumped half a percentage point against the dollar meanwhile, pushing down London’s benchmark FTSE 100 index which features numerous multinationals with earnings in the US unit.

Britain’s parliament is to shut for business later Monday in a suspension ordered by Prime Minister Boris Johnson in an apparent bid to stop MPs blocking no-deal Brexit on October 31.

“July’s surprisingly strong rise in GDP suggests that it has not fallen into a recession.” - China stimulus boost - Most Asian markets started Monday on a positive note to build on last week’s gains after China unveiled fresh stimulus measures and below-par US jobs data reinforced expectations the Federal Reserve will cut interest rates this month.

The People’s Bank of China on Friday said it would slash the amount of cash lenders must keep in reserve to its lowest level in 12 years, freeing up more than $100 billion for the stuttering economy.

Asian investors were broadly upbeat on the move, while a weaker-than-forecast reading on US jobs creation increased the chance the Fed will reduce borrowing rates again at its policy meeting this month.

The world’s biggest economy appears to also be affected by the trade row and the bank’s boss Jerome Powell said in a speech Friday it will “continue to act as appropriate to sustain this expansion”, while noting “significant risks” to growth.

US stock index futures ticked higher on Monday, as mixed global economic data drove expectations of monetary stimulus from central banks, including the US Federal Reserve. 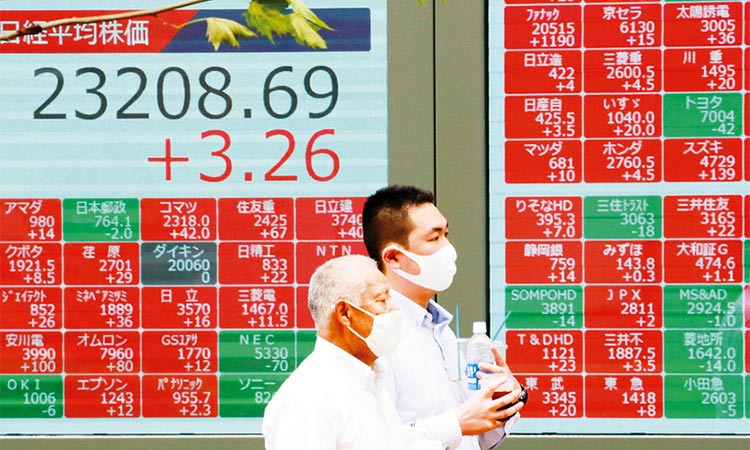 World shares inched higher led by Europe on Monday, after last week’s rout in US technology stocks that saw $2.3 trillion in value wiped off in two days with investors taking note of lofty valuations when the global economy is still in a recession.