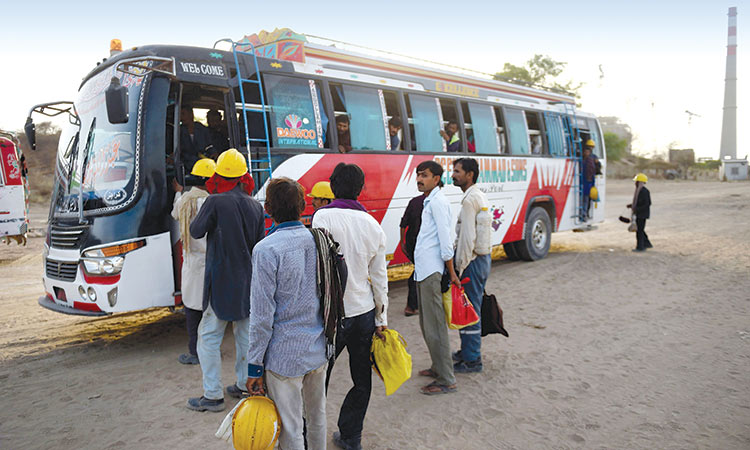 Workers board a bus at a power plant under construction in Islamkot, Pakistan. File/Agence France-Presse

The government has stated that its reform agenda signed with International Monetary Fund (IMF) is on track and the progress so far on nearly all the performance and structural benchmarks for first quarter of the current fiscal year is very encouraging with strong indication that all the targets will be met.

“The Finance ministry is fully committed along with the IMF towards the ongoing reforms programme”, said an official statement.

The ministry was apparently compelled to issue the statement after certain reports about programme renegotiation owing to major fiscal slippages on the conclusion of fiscal year 2018-19. It believed the “targets under IMF programme are ambitious, there is no need to renegotiate.”

The ministry said misunderstandings have arisen in the media around scheduled visits of IMF Middle East and Central Asia Director Jihad Azour and technical team over the next couple of weeks.

It said the ministry will meet next week with Azour and apprise him on the results achieved so far. “However, this is not an IMF review mission as certain segments of the media have suggested”. The visit of Azour was planned for September soon after the finalisation of the Extended Fund Facility programme.

IMF technical levels talks are expected be held at a later stage after completion of first quarter of the year and will provide both teams the opportunity to review progress made to date, it added.

IMF Country Representative to Pakistan Teresa Daban Sanchez said that the IMF programme for Pakistan “will be monitored and reviewed according to the calendar of reviews established in the programme documents. The first one is scheduled for December.” The language suggests that Azour’s visit is not a “review mission”.

She said the visits by IMF teams are a part of their routine work with country members. The IMF is at present in the process of preparing a staff visit for the period September 16-20, she said. At this stage, she could “only but reiterate the Government of Pakistan’s strong commitment to the policies and reforms spelled out at the IMF-supported programme.”

The ministry dispelled an impression that the government will face a gap of up to Rs1 trillion in the fiscal framework. It said the fiscal outcomes were due to concerns over slowdown in growth and there were three key factors including monetary and exchange rate corrections, need for protection of citizens from rising oil prices and expanding social safety nets and escalation on border with India which contributed to the fiscal deficit rising to 8.9 per cent of the GDP, against target of 7.2 per cent.

Meanwhile, the government has decided to waive off visa fees of 2,511 Chinese nationals working on development projects under the China-Pakistan Economic Corridor (CPEC) in Pakistan.

The waiver would be one-time to Chinese nationals to change their visit visas into work visas in Pakistan free of charge.

An official said Prime Minister Imran Khan has given a go-ahead to table the matter in the upcoming meeting of the federal cabinet for approval.

The cabinet had considered a summary submitted by the Interior Ministry on May 16, 2019 and granted approval in principle as a one-time dispensation to Chinese nationals to change their visit visas into work visas. Now, the government wants to waive off the fees.

Thousands of Chinese nationals are working on the CPEC and non-CPEC projects in Pakistan.

According to the policy, visas issued by missions could not be changed for any reason in Pakistan. Under the policy, Chinese nationals would get extension in their visas here instead of going back after the expiry of their visas and returning on work visas.

The government had granted a one-time dispensation to 2,511 Chinese nationals in May this year.

The Chinese Embassy in Islamabad had stated that if they went back to China to get their visas changed, the construction work would get delayed. The embassy had requested the government of Pakistan to grant permission in principle as a one-time dispensation to Chinese nationals to change their visit visas into work visas in Pakistan free of charge. The government granted the request.

The Parliamentary Committee on China Pakistan Economic Corridor (CPEC) has unanimously rejected establishment of CPEC Authority, giving a big jolt to the government plan to bring the whole CPEC related work under one umbrella.

The parliamentary panel on CPEC met under chairmanship of Pakistan Tehreek-e-Insaf (PTI) member of the National Assembly Sher Ali Arbab where the participants expressed their concerns that the CPEC Authority having chairman with power of Principal Accounting Officer, who would have a direct conflict with the secretary of the Planning Commission. 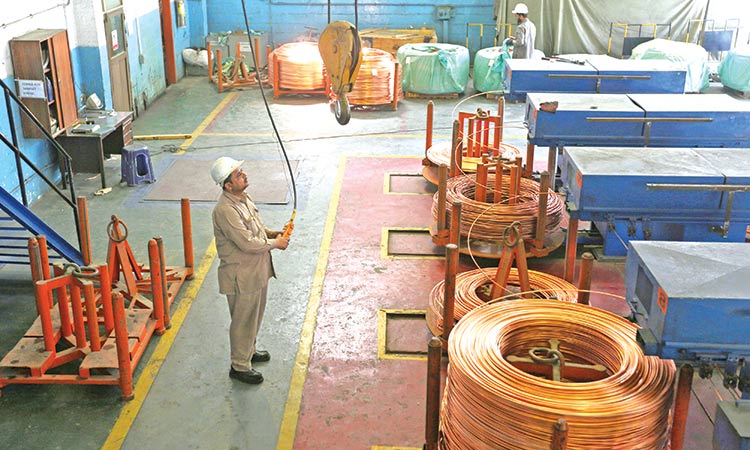