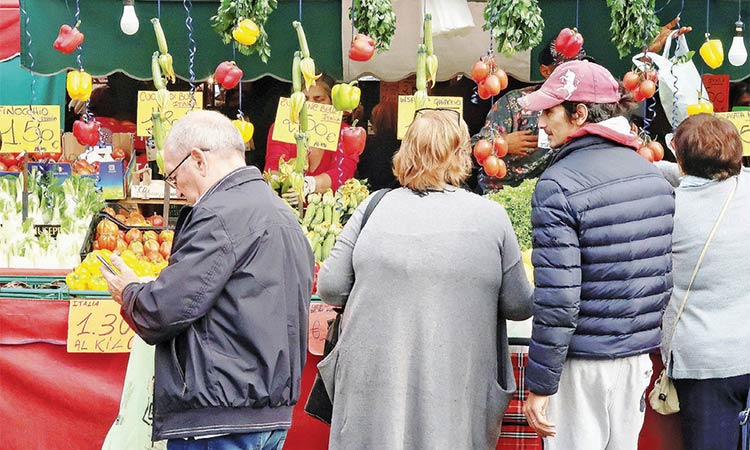 Customers at a market in Turin, Italy. Reuters

A new coalition comprising the anti-establishment 5-Star Movement and the centre-left Democratic Party (PD) has put a more expansionary 2020 budget at the top of its agenda to head off recession risks.

It has also pledged not to endanger public finances in order to preserve markets’ favour and rebuild relations with Brussels, damaged by frequent clashes over fiscal slippage under the previous executive made up of 5-Star and the eurosceptic League.

Italy must “continue in the difficult task of promoting growth with a fiscal policy that faces the restrictions that we all face,” Centeno said in an interview with Reuters late on Saturday on the sidelines of the Ambrosetti business forum.

The new administration’s first challenge will be to find 23 billion euros ($25 billion) of extra funds to avoid an automatic sales tax hike previously agreed with the European Union to meet deficit rules.

Businessmen gathered on the shores of Lake Como for the annual forum to discuss the threats to the global economy also called on the new government to introduce fresh incentives to spur corporate investments.

With its hands tied by the second-largest debt burden in the EU as a proportion of economic output, it has urged Brussels to ease the “excessive rigidity” of current budget rules.

In an unusual move on Saturday, President Sergio Mattarella also threw his weight behind calls for a revision of the EU Stability and Growth Pact in a message to the Como symposium.

The president, who acts by moral suasion but has no policy powers, urged more spending on infrastructure, education and research.

Centeno said existing rules were flexible enough and warned the government against using the 2020 budget as a pretext to push for changes.

“That could create market difficulties in terms of (higher) interest rates that the Italian government will then have to bear,” he said.

Italy’s debt costs, which had been lifted by the previous coalition’s anti-European stance, fell sharply last week as markets reacted positively to the new administration.

Centeno welcomed the appointment of Roberto Gualtieri at the helm of the Italian Treasury saying it was “absolutely key at this stage” to have a pro-European finance minister in Rome.

“The 2020 budget is difficult but I think minister Gualtieri has the means to get things done,” Centeno said.

He also expressed confidence that eurozone finance ministers would welcome the Italian candidate to succeed Benoit Coeure on the European Central Bank’s executive board.

Ministers will in October recommend one candidate from those who have been put forward. So far, Bank of Italy Deputy Governor Fabio Panetta is the only name circulating in private discussions among officials, sources have said.

“I’m sure that the Italian candidate will be welcomed by my colleagues but we still have to start the process,” he said.

Italian business leaders called on the country’s new government on Friday to restore incentives for investment and to support economic growth, while keeping public finances in check.

The country’s economy flirted with recession under the previous ruling coalition, which collapsed last month after infighting and repeated confrontations with Brussels over increased budget spending.

Italy’s investment spending is equivalent to 2 per cent of gross domestic product, a third less than at the start of the decade. Private investments are also below pre-crisis levels having shrunk by 30 per cent between 2007 and 2013, according to the Bank of Italy. Businesses said they hoped for a new version of an incentive scheme for investment and innovation introduced by the former centre-left government, which was phased out by the recently collapsed coalition in order to raise money to send people into early retirement and provide a basic income for the poor.

“The government needs to pay closer attention to both foreign and domestic investments in the country,” said Claudio Brandolino, chief financial officer at the Italian arm of French IT services firm Atos.

“The Industry 4.0 package was a good starting point,” he said in reference to the centre-left’s incentive scheme.

The PD-5 Star coalition, however, has little room for manoeuvre. It must cut spending or find alternative revenues for 23 billion euros to defray a scheduled sales tax increase next year, which businessmen in Cernobbio said had to be avoided at all costs.

It has promised the 2020 budget, a draft of which must be presented to Brussels by mid-October, will be expansionary without jeopardising public finances.

Fiscal discipline is necessary to keep the cost of refinancing Italy’s 2.3 trillion euro public debt near the record lows it hit this week when markets welcomed the new pro-European government. 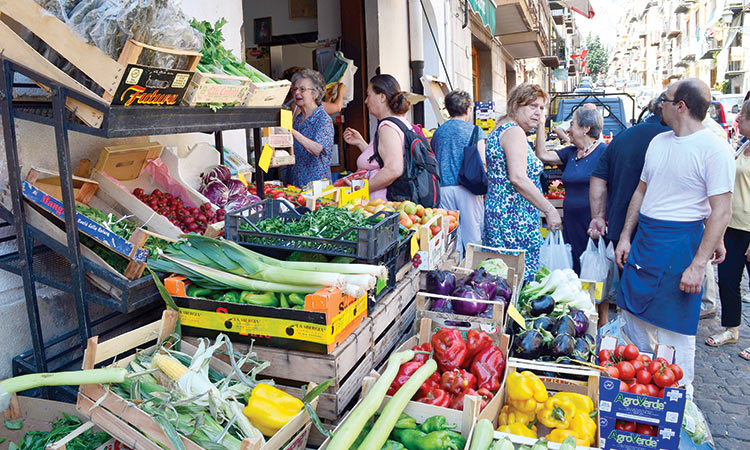