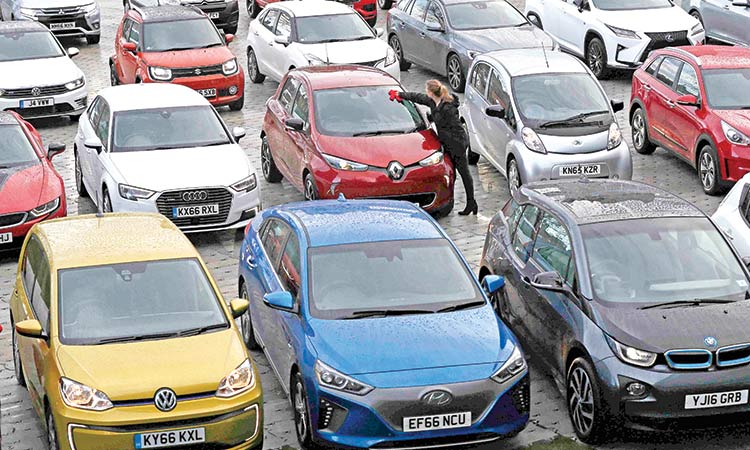 Low emission vehicles are displayed at the parking lot of a dealership in London. Reuters

The auto sector, the country’s biggest exporter of goods, has been one of the most vocal opponents of a no-deal Brexit, warning that production would be hit with tariffs, border delays and new bureaucracy, ruining the viability of many plants.

As Britain spins towards an election, Brexit remains up in the air more than three years after Britons voted to leave the world’s biggest trading bloc in a 2016 referendum leading to the country’s biggest political crisis in decades.

“Leaving without a deal would be the worst outcome,” the Chief Executive of the Society of Motor Manufacturers of Traders (SMMT) Mike Hawes told Reuters.

“If it takes an extra couple of months to get that deal, I think the industry would put up with that,” he said.

Prime Minister Boris Johnson’s government has been urging companies to ramp up their efforts to prepare for a no-deal Brexit but not everyone can repeat plans in place for the original March exit date.

Ministers have said they could help sectors hit by a disorderly exit and Brexiteers have long argued that Europe’s biggest economy, Germany, which exports hundreds of thousands of cars to Britain each year, would protect that trade.

Whilst some preparations, such as new IT systems, can be carried over, others, including building additional component stocks have to be redone, and some plans, such as temporarily shutting plants to cope with no-deal, cannot be repeated by all.

BMW, which moved its annual summertime shutdown at its Mini and Rolls-Royce factories to April to mitigate the effects of a disorderly exit, has said it cannot do the same again this time.

“Some may have a degree of flexibility, others won’t,” said Hawes.

A series of new models, key to firms already hit by a collapse in diesel demand, the dented Chinese market and electrification, are due to roll off British production lines over the next few months.

Nissan, which operates Britain’s largest car factory, will be producing the new Juke from October, BMW’s electric Mini is due in the autumn and Aston Martin’s first sport utility vehicle will be built at a new plant in Wales.

The uncertainty over Brexit leaves the future of Peugeot’s British car plant, which builds the Vauxhall/Opel Astra, in question as the firm has committed to keeping the site open “conditional on the final terms of the UK’s exit from the European Union.”

All the main car companies in Britain are foreign-owned but the case for investing in the country as a gateway into Europe is at risk, Ian Henry, Professor in Automotive Business Strategy at Birmingham City University’s Centre for Brexit Studies told Reuters.

“When you’re talking about adding billions of pounds to the cost structure of an industry which either makes very low margins or no money at all, that can only undermine the viability of producing vehicles in this country,” he said.

Meanwhile, the British pound edged lower on Friday after a tumultuous week in which it plunged to three-year lows before rebounding strongly as lawmakers voted to block a no-deal Brexit, making a snap election more likely.

The British parliament’s upper chamber on Friday approved a bill which aims to block a no-deal Brexit at the end of October by forcing Prime Minister Boris Johnson to seek a delay to Britain’s European Union departure.

Traders have been expecting the bill to be passed and so the pound remained unchanged on the day as concerns about an early general election lingered. The bill is expected to receive a Royal Decree on Monday.

Looking for ways to hold an election mid-October, British Prime Minister Boris Johnson said he would rather die in a ditch than delay the planned Oct. 31 departure from the EU.

“The likelihood that there will be another general election in the UK in the coming months opens up another set of uncertainties for sterling investors,” said Jane Foley, Rabobank’s senior currency strategist.

UBS reckons that an election is still the most likely scenario and that a no-deal Brexit will be averted on Oct. 31.

“We have long been of the view that the UK faces an election before the final decision on Brexit is made. We stick to this view, but we now have more uncertainty about the timing,” said Dean Turner, economist at UBS, in a note on Wednesday. 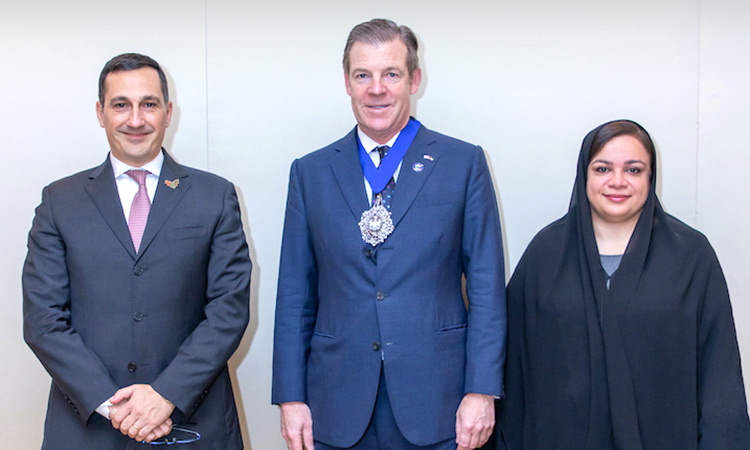 UAE and UK to strengthen trade relations after Brexit

As the UK reshapes its future trade policy during the post-Brexit transition period, the UAE — UK’s largest export market in the Middle East and the 13th biggest globally — has become one of its first trade allies to reaffirm its commitment in trade relations.