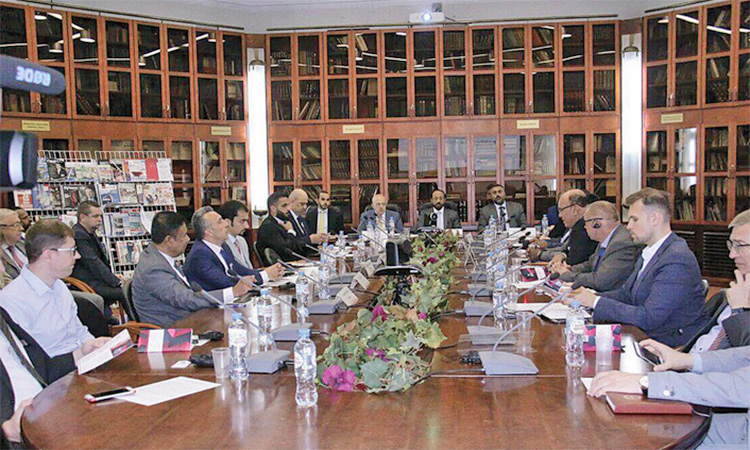 SHARJAH/Moscow: The UAE – Russia Business Forum has kicked off on Tuesday at the headquarters of the Chamber of Commerce & Industry of the Russian Federation. The forum activities will last until September 6th.

The forum comes on the sidelines of the visit of the Sharjah Chamber of Commerce & Industry (SCCI), represented by the Sharjah Exports Development Centre (SEDC) delegation to Moscow and St. Petersburg.

The forum aims to acquaint the private sector with the rewarding opportunities in the emerging sectors to serve the interests of business communities in both Sharjah and Moscow.

It also aims to review the joint investment opportunities between the businessmen in the two countries and to exchange views on developing the fields of trade and industrial cooperation in order to achieve a distinguished economic partnership between both countries.

The forum activities started with a speech delivered by Georgy Botrov, Advisor to the President of the Moscow Chamber, through which, he hailed the organisation of the Emirate of Sharjah of this forum, underlining that this visit would help enhance the solid friendship with the UAE as a strategic partner to Russia.

Botrov pointed out that the direct meetings between officials and businessmen from both countries achieve wider and farther results within the efforts of the two parties to develop their economic relations.

He called on businessmen in Sharjah to review the investment opportunities available in his country in the fields of building materials, agriculture, services, tourism, oil and gas and small and medium enterprises.

In his speech to the forum, Abdullah Sultan Al Owais highlighted the importance of relations between the UAE and Russian, which are witnessing more and more growth and development in various fields.

Al Owais underlined that this visit aims to identify the business climate and investment areas available in Russia and to explore feasible opportunities in economic sectors of common interest.

In addition to promoting the attractive business environment in Sharjah, as part of the SCCI’s keenness of to develop its relations with various countries of the world and explore areas of trade cooperation and mutual investment opportunities that serve the business community in the Emirate of Sharjah and enhance its presence in various international markets.

Al Owais also underscored that the SCCI spares no effort in harnessing its entire potential to bolster this strong relationship. To that end, the Sharjah Chamber plays a vital role in stimulating the private sector to take part in the economic events held in both countries, in addition to providing all the facilities for the businessmen in terms of introducing the local business community.

Lamia Abdulrahman Al Jasmi, Senior Executive of National Industries Development, shed light, through her presentation, on the pioneering position of the Emirate of Sharjah as a regional and international commercial hub.

She introduced the attendees to the efforts being made by the Sharjah Exports Development Center to promote Sharjah’s exports to new destinations, highlighting that Sharjah has more than 2400 manufacturing companies in 22 industrial zones, in addition to three free zones including Hamriyah Free Zone, Sharjah Airport International Free Zone and Sharjah Media City Free Zone.

Al Jasmi noted that the Emirate of Sharjah exports its products to more than 185 countries, becoming an ideal platform for businessmen, investors and institutions of all kinds wishing to enhance their presence in the UAE and the markets of the region, thanks to the advantages, incentives and the work environment available in the Emirate.

She showcased a number of outstanding projects in the industrial and commercial fields and the and valuable opportunities for investors with attractive returns, noting that the value of exports between Sharjah and Russia has reached $20 million.

Al Owais, in his meeting with Vladimir Padloko, Vice-President of the Federation of Russian Chambers stressed that this visit is a continuation of the previous visits organised by the SCCI to Russia, which paved the way for developing and strengthening relations between Sharjah and Russia.

For his part, the Vice-President of the Federation of Russian Chambers expressed his thanks and highlighted the significance of the UAE delegation’s visit and the positive results it will bring to the interests of the two friendly countries and business communities. 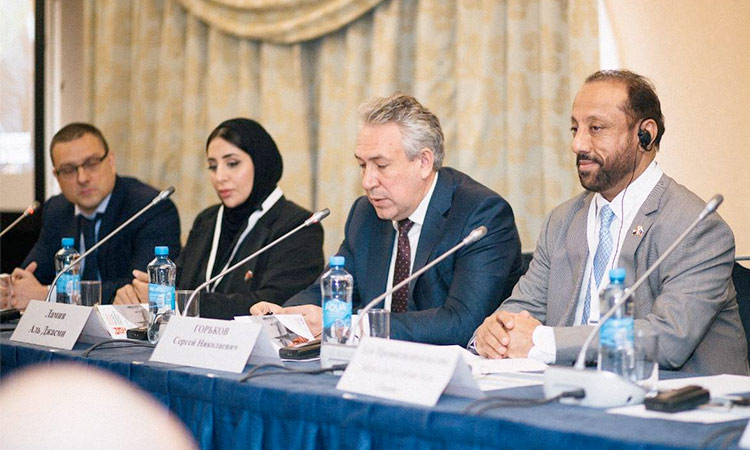 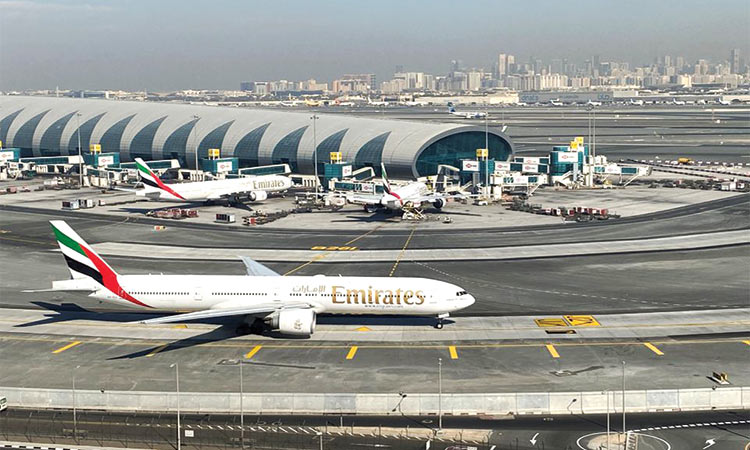