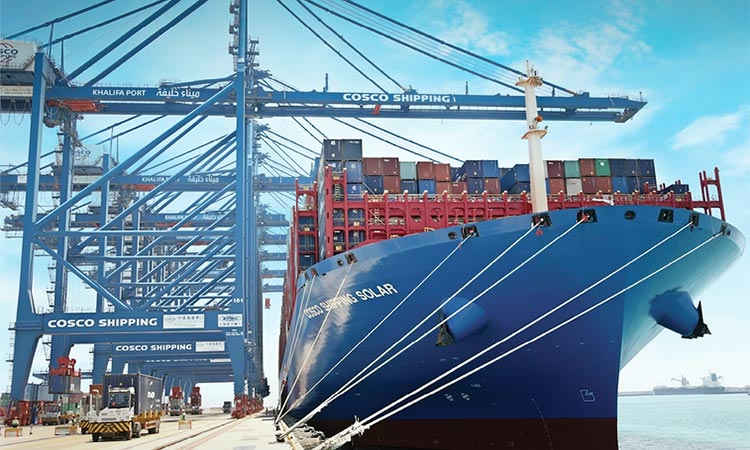 The manufacturing sector’s contribution to the UAE’s non-oil GDP grew 2.5 per cent to Dhs122 billion in real prices in 2018 from Dhs119.7 billion in 2017, according to figures revealed by the Federal Competitiveness and Statistics Authority.

Being a mainstay to a diversified economy, the sector has maintained its steady growth over the past five years, with its gross output growing 5 per cent in 2017 as compared to 2016, during which manufacturing industries hit a growth rate of 4.8 per cent.

It’s noteworthy that Abu Dhabi has embarked on an ambitious growth and diversification programme, Economic Vision 2030, to boost non-oil sector growth. The emirate has announced a three-year, Dhs50 billion ($13.6 billion) stimulus package to jump-start non-oil activity in the capital emirate.

Efforts to promote key non-oil sectors and attract investment have been highlighted to boost activity across the UAE and create jobs, with new incentives offering 10-year residency visas for foreign investors and professionals (medical, science, technical fields) and 100% ownership of companies to foreign investors.

Accommodation & Food Services contributed Dhs32.5 billion in real prices to the 2018’s GDP, a growth of 4.2 per cent on year, according to the Federal Competitiveness and Statistics Authority (FCSA).

In real (constant) prices, the sector’s contribution to the non-oil GDP amounted to 6.8 per cent during 2018, maintaining the high momentum it has created over the past years, driven by the growth recorded in the country’s tourist infrastructure.

According to the FCSA’s figures, the accommodation and food services’ contribution spiked from Dhs28.5 billion in 2016 to Dhs31.2 billion in 2017, before hitting Dhs32.5 billion last year.

The overall improvement in economic performance is driven by the successful diversification policy adopted by the UAE government over the past years and the successive gains made by the manufacturing activities along with the growth in knowledge-based industries, including aviation, space, transportation, logistics, FinTech, renewable energy, tourism, and other shared platforms.

The Authority noted that direct non-oil foreign trade accounted for 63 per cent Dhs1.025 trillion of the total value, while free zone trade and customs warehouses amounted to 36 per cent Dhs592.4 billion and one per cent Dhs11 billion respectively.

UAE non-oil foreign trade with Arab states has seen significant developments, with an average increase of 21 per cent compared to 19 per cent from the previous year. Trade exchange with Arab countries increased to Dhs341.2 billion, and the value of imports an exports amounted to Dhs77.3 billion and Dhs93.8 billion respectively. The FCA noted that re-exports totalled Dhs170.1 billion between the UAE and Arab states, adding that this represents a significant surplus in trade balances.

Gold and aluminium trade in 2018 has consolidated the UAE industry’s position in global markets, said Al Neyadi, adding that the value of the UAE’s export of raw and half-finished gold increased to Dhs53.4 billion during the year, while raw aluminium reached Dhs18.6 billion.

The UAE non-oil foreign trade with international economic regions remained stable in 2018. Data by the Authority revealed that Asia and the Pacific Ocean region came on top of the FCA’s trade partners’ list, acquiring 39.3 per cent (Dhs603.2 billion) of the total, while Europe listed 22.4 per cent (Dhs344.4 billion). The UAE’s non-oil imports during 2018 amounted to Dhs938 billion, the FCA noted, adding that the import of raw and half-finished gold took the lead in imported commodities totalling Dhs111 billion during the year.