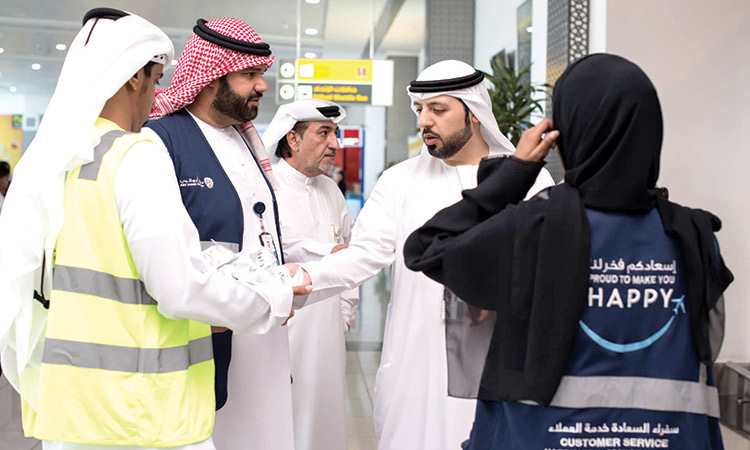 Commenting on the summer traffic figures, Bryan Thompson, Chief Executive Officer of Abu Dhabi Airports, said: “We are delighted to see the growth in the number of passengers travelling through Abu Dhabi International Airport.

Many residents in the UAE seek to travel over the summer period to see their family and friends and explore new destinations. We have been delighted to welcome tourists arriving from countries across the world to experience Abu Dhabi and all that the city has to offer.

“At Abu Dhabi Airports, we are proud of the efficient operating standards that we provide our customers with, the range of routes that we are able to offer them and the services and amenities that they get to enjoy, which allows our passengers to experience the best of Arabian hospitality.

“We were pleased to be able to welcome passengers travelling during Eid Al Adha at our Airport this year, in this important religious holiday. It was our pleasure to welcome a number of pilgrims travelling to Jeddah in Saudi Arabia for the celebration of Hajj this year, and we hope that they enjoyed a fruitful pilgrimage,” Thompson added.

Abu Dhabi Airports is a public joint-stock company wholly owned by the Abu Dhabi Government. It was created on 4 March 2006, to spearhead the development of the Emirate’s aviation infrastructure.

These airports are geared to serve the various segments of air travelers, the aviation marketplace, and will help contribute to Abu Dhabi’s development as a destination for both business and leisure tourism.  Currently under way is the multi-billion dollar re-development and expansion of Abu Dhabi International Airport designed to increase the overall capacity of the airport.

As one of the first international flights from the new airport, it demonstrated the strong links between the UAE and Saudi Arabia.

The flight, an Airbus A320 operated by Saudia, landed in Abu Dhabi International Airport at 18:17 local time, and was greeted by Abu Dhabi Airport officials, along with a customary water cannon salute.

The new King Abdulaziz International Airport, which has been soft-launched in 2019, will be able to process 30 million passengers per year, with over 800,000 square metres of airport lounges, and the world’s largest aviation air traffic control tower, standing at 136 metres. Saudia will be operating a daily flight from Jeddah to Abu Dhabi and vice versa.

Thompson continued: “The UAE has enjoyed historically close relations with Saudi Arabia, and the city of Abu Dhabi is a top destination for tourists from across the Kingdom looking for a short break in the GCC.

Bryan Thompson, chief executive officer of Abu Dhabi Airports, said they are delighted to see the growth in the number of passengers travelling through Abu Dhabi International Airport. Many residents in the UAE seek to travel over the summer period to see their family and friends and explore new destinations and they have been delighted to welcome tourists arriving from countries across the world to experience Abu Dhabi and all that the city has to offer.

Abu Dhabi International Airport is an international airport in the Emirate of Abu Dhabi, the capital of the United Arab Emirates.

The airport, located 16.5 nautical miles east of Abu Dhabi city, is the second largest in the UAE after Dubai International Airport, serving around 20 million passengers in 2014. More than 30 airlines offered service to over 120 destinations in more than 60 countries.