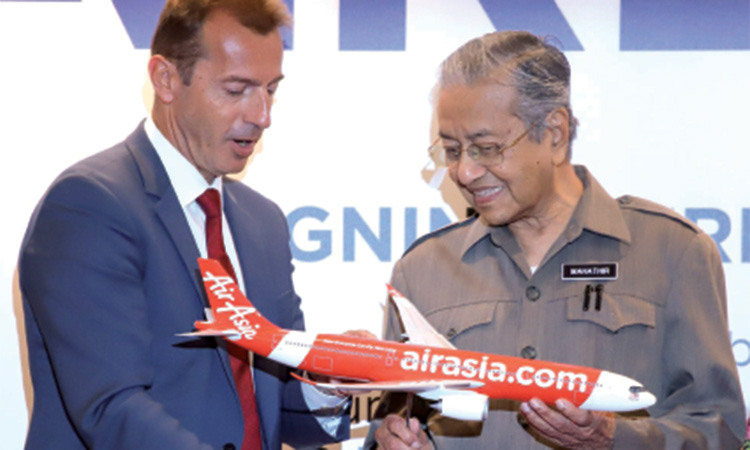 Malaysian budget carrier AirAsia Group scaled back plans to order the Airbus A330neo wide-body passenger jet by nearly two thirds, switching its focus instead to a long-range new version of the popular A321 series.

The long-haul arm of Asia’s largest budget airline group, AirAsia X, had left its fleet expansion in suspense since initially unveiling plans to order 34 more of the 250-300-seat A330neo jets, on top of 66 already on order.

The deal was later thrown into doubt as AirAsia reviewed its needs and on Friday the group said it was confirming 12 of the 34 extra A330neo planes while adopting 30 of the smaller, long-range A321XLRs.

The move came days after AirAsia X reported its biggest quarterly loss since 2015 and said it expected the operational environment to remain challenging.

Late on Friday, AirAsia X said in a stock exchange filing that chief financial officer Wong Mee Yen had resigned to “pursue personal interests,” giving no further detail. She had served in the post since December 2017.

Airbus said the latest jet deal would have been worth more than $5 billion at catalogue prices, which it no longer publishes. After typical discounts, the deal would be worth about half this, aircraft traders say. AirAsia Group CEO Tony Fernandes said the recently launched A321XLR, which seats up to 240 passengers and can fly for up to 9 hours without refuelling, would allow the group to open longer niche routes without the risk of trying to fill the A330neo.