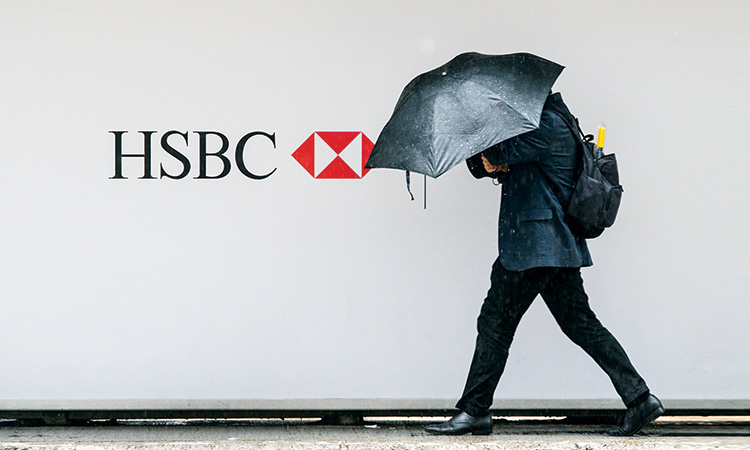 A pedestrian walks past an HSBC advertisement in Hong Kong. Agence France-Presse

HSBC would offer rebates and fee reductions for small and medium-sized companies in Hong Kong, as the city’s economy struggles. Hong Kong is on the verge of its first recession in a decade, weighed down by the prolonged US-China trade war and months of anti-government protests that have spread across the territory, disrupting traffic, scaring away tourists and paralysing shopping areas.

The London-headquartered lender did not quantify how much the measures will cost it. It is the only large lender in Hong Kong to have come up with the measures recently.

While HSBC offered fee subsidies for the financing guarantee scheme last year, its larger support packages for SMEs have come during times of significant economic stress for Hong Kong. The last time the bank launched a package of SME support measures was in 2009 following the global financial crisis, according to a bank spokeswoman, and the time before that was in 2003 as the city was hard hit by the SARS outbreak.

Hong Kong is HSBC’s single biggest market, accounting for 52% of the bank’s $12.4 billion in first-half pretax profits this year.

SMEs account for over 98% of local enterprises and around 45% of total employment, Terence Chiu, HSBC’s head of commercial banking in Hong Kong, said in a statement.