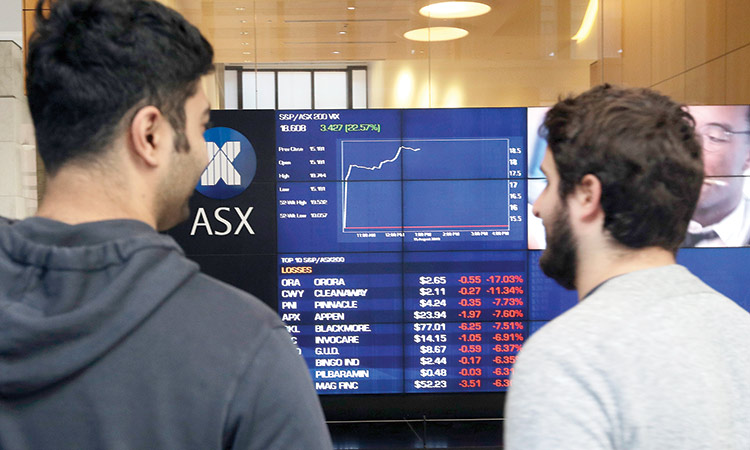 Worries of contagion gripped markets, with investors shifting money away from sectors such as financials and mining to the relative safety of gold.

The yield on the US Treasury 10-year note briefly fell below the two-year yield, a pattern that is widely seen as an indicator of a looming recession.

The inversion, as it is known, last happened in 2007 and proved to be correct when the global financial crisis hit the following year.

The S&P/ASX 200 index sank 2.9% to 6,408.1 points, its lowest level since early June. The benchmark had managed a 0.4% gain on Wednesday after U.S. President Donald Trump delayed tariffs on some Chinese imports, easing some fears over the escalating US-China trade war.

Australia has proved in the past to be relatively resistant to global recessions and was one of the few developed economies that escaped the crisis in 2008. However, interest rates are now at record lows, limiting the tools that the central bank has at its disposal to combat weakness.

Australian miners, which are highly dependent on continuous global growth for demand, were firmly in the red.

The oil and gas sector suffered heavy losses as well, with Woodside Petroleum closing 6.7% lower. The company earlier posted a smaller half-year profit than a year earlier and lowered its interim dividend.

Aside from gold stocks, one of the few gainers was Treasury Wine Estates, which closed 2.2% higher after proving it could withstand the impact of the trade war by posting a record annual profit.

Qantas Airways dropped 4.6% amid the wider sell-off, after Boeing said it was facing engine-related delays on its 777X wide-body planes that may hamper Qantas’ crucial 21-hour non-stop Sydney-London flights in 2023.

As the Sino-US trade war raise fears of a global recession, businesses run the risk of being caught in a self-fulfilling vicious cycle, a top Australian central banker warned on Thursday, threatening the country’s sturdy jobs market.

Reserve Bank of Australia (RBA) Deputy Governor Guy Debelle said the trade war was a “major risk” for the country’s A$1.9 trillion ($1.3 trillion) economy though it has not had a damaging effect so far.

Supporting that view, data out on Thursday showed Australia added a forecast-beating 41,100 net new jobs in July. Still, that wasn’t enough to budge the employment rate from a disappointingly high 5.2%

Analysts and policymakers have raised doubts over whether jobs growth can extend further as trade war-related uncertainties lead companies to downgrade their future hiring intentions.

“Businesses are waiting to see how the uncertainty resolves rather than invest,” Debelle said in a speech in Sydney.

“The longer businesses hold off, the weaker demand will be, which will further confirm the decision to wait. That runs the risk of a self-fulfilling downturn.” Debelle also cautioned that the dispute over technology could prove even more damaging in the long run, forcing firms to choose between East or West rather than selling into a global market.

The warning comes as fears of a possible global recession hammered financial markets around the world. The protracted Sino-US trade war has been a major worry for policymakers, with many central banks switching gears in recent months to deliver rate cuts to support growth.

U.S. stocks slid 3% overnight while yields on 10-year Treasuries fell below those on two-year paper. That inversion of the curve has been a reliable predictor of recessions in the past.

Debelle was not yet considering the inversion as a harbinger of an economic recession.

“The yield going inverted, I’m not sure how much of a signal that is at the moment,” he said in response to questions following the speech.

“At the moment, the US economy is actually growing above trend so they’ve got a fair way to slow from here.”

Australia’s economy has dodged a recession since the early 1990s thanks to insatiable appetite from China for its key commodities but growth has now slowed to the weakest since the global financial crisis. 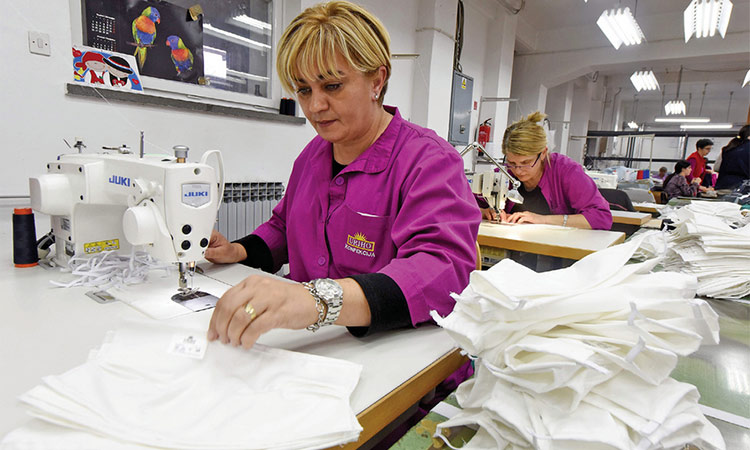 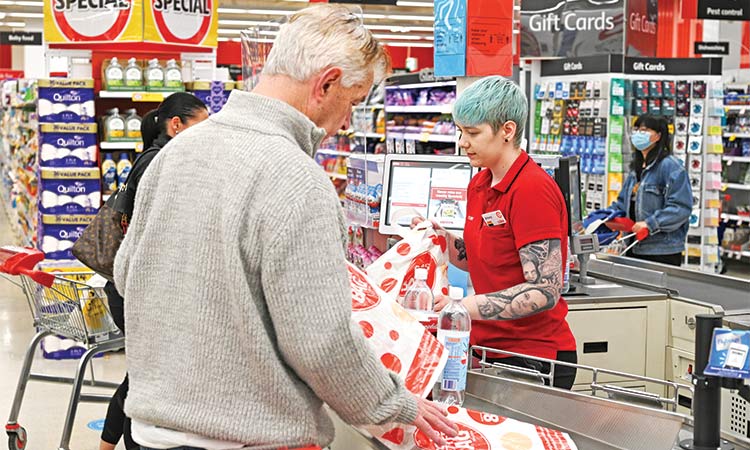 Australia will spend A$16.8 billion ($11.8 billion) to extend its wage subsidies for businesses hit by the coronavirus pandemic, as a surge in new infections in the country’s southeast threatens to keep the economy in recession.