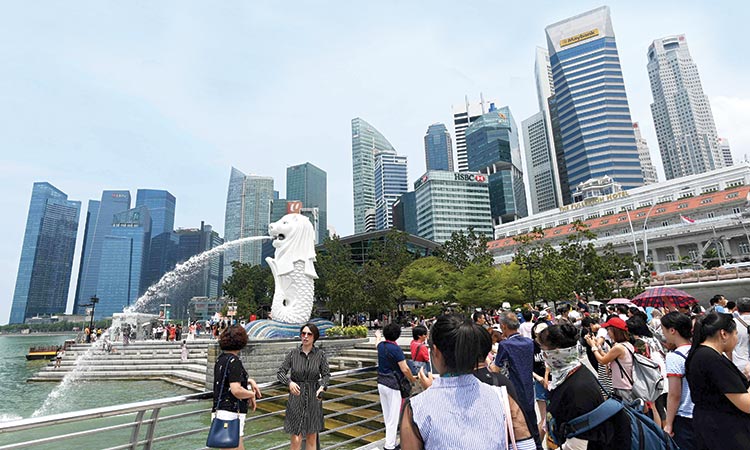 Visitors take photographs at a park in Singapore on Thursday. Agence France-Presse

The government cut its forecast range for gross domestic product (GDP) in Singapore - often seen as a bellwether for global growth because international trade dwarfs its domestic economy - to zero to 1% from its previous 1.5%-2.5% projection.

Singapore’s downgrade adds to concerns globally about the effect of increasing protectionism on exports and production. The deterioration in the global outlook has pushed central banks to cut interest rates and consider unconventional stimulus to shield their economies.

“GDP growth in many of Singapore’s key final demand markets in the second half of 2019 is expected to slow from, or remain similar to, that recorded in the first half,” the trade ministry said in a statement on Tuesday.

Final second quarter GDP data on Tuesday showed a 3.3% on-quarter contraction on a seasonally-adjusted annualised basis. That was slightly smaller than the 3.4% decline seen in the government’s advance estimate but deeper than a 2.9% fall predicted in a Reuters poll and a sharp contrast to the robust 3.8% first quarter expansion, which was driven by brisk construction activity.

Tuesday’s data also confirmed annual GDP expanded 0.1% in April-June from a year earlier, its slowest rate in a decade, and lower than poll expectations of 0.2% and the first quarter’s 1.1%.

Singapore’s benchmark stock index fell 1.2% to a two-month low in early trade, underperforming other bourses in the region.

A central bank official said after the data that it was not considering an off-cycle policy meeting. The next of its scheduled semi-annual meetings is in October, when it is widely expected to ease policy.

Singapore has been hit hard by the Sino-US trade war, which has disrupted world supply chains in a blow to business investment and corporate profits.

Also on Tuesday, Singapore cut its full-year forecast for non-oil domestic exports to a 9% contraction from an 8% fall previously. That comes after a 26.9% drop in electronics exports in the second quarter year-on-year.

“With trade tensions between the US-China unlikely to abate anytime soon, we expect exports and trade-related services to push the economy into technical recession in Q3,” said Sian Fenner, lead Asia economist at Oxford Economics.

“It feels like the storm is coming if you look at the whole macro economic fundamentals softening,” said Selena Ling, head of treasury and strategy at OCBC Bank.

“All the downside risks are piling up on one side,” Ling added, pointing to the myriad of global risks flagged in the trade ministry statement.

A faltering economy is expected to crimp growth at Singapore’s three local listed banks, which have so far benefited from improved margins, steady interest rates and loan growth.

Singapore will ban the domestic trade in ivory from September 2021, the government said on Monday, shutting the door to an important end-market for poached elephant ivory.

Demand for ivory from Asian countries such as China and Vietnam, where it is turned into jewels and ornaments, has led to a surge in poaching across Africa.

But environmentalists say poached ivory can be disguised as legal as long as trade is allowed in licensed outlets on the high street and online.

“Singapore announced today a ban on the domestic trade in elephant ivory,” The National Parks Board, a government agency, said in a statement that coincided with World Elephant Day. 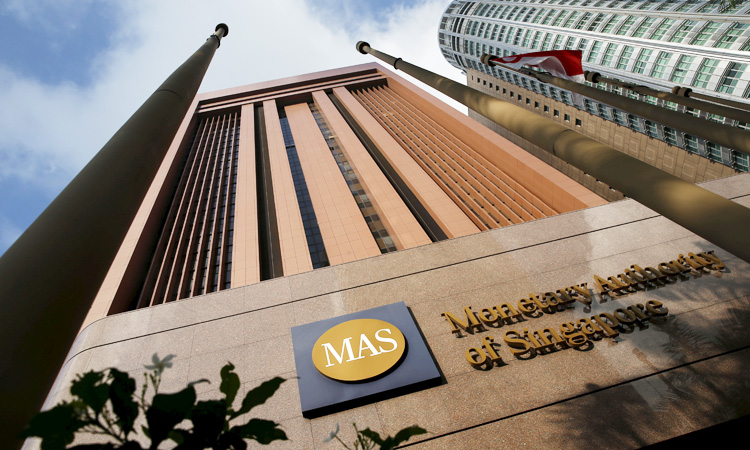