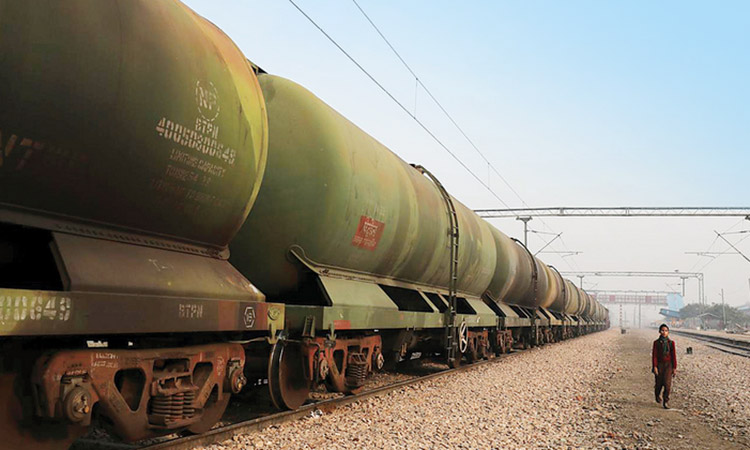 A boy walks past an oil tanker train stationed at a railway station in Ghaziabad, on the outskirts of New Delhi. Reuters

India’s imports of crude oil have stalled in recent months, but the malaise in the country’s energy sector is deeper, with both coal and liquefied natural gas (LNG) also soft.

India, Asia’s second-biggest crude importer behind China, brought in 3.99 million barrels per day in July, according to vessel and port data compiled by Refinitiv.

This was weaker than June’s 4.03 million bpd and only just ahead of May’s 3.91 million bpd.

These three months have been the weakest for India’s crude imports since the 3.75 million bpd recorded in August 2017.

Some of the recent softness in crude oil imports could be attributed to Indian refiners adjusting to the loss of cargoes from Iran, after the United States didn’t extend waivers to buyers of Iranian crude beyond the beginning of May.

This explanation would work for May and June, but not so much for July, given that Indian importers would have had plenty of time to make alternative arrangements.

Crude oil imports for the first seven months of the year were 4.17 million bpd, according to Refinitiv, down from 4.4 million for the same period last year.

This decline in crude imports does tally with weaker economic growth in India, with gross domestic product (GDP) growth slowing to 5.8% in the January to March period, the weakest rate in more than four years.

Data for the second quarter still has to be released, but the government forecast that GDP growth will accelerate back to 7% for the fiscal year to the end of March 2020.

However, analysts have expressed doubts over the target, especially after the budget did little to boost stimulus and raised taxes.

The recent weakness in crude oil imports has largely been mirrored in coal, with July’s inbound shipments of 14.5 million tonnes the lowest since January, according to Refinitiv data.

Similar to crude, coal imports have struggled in recent months, with July’s 14.5 million tonnes following a soft June, when 16.4 million tonnes were brought in. July was also the lowest month total since January.

In the first seven months of the year, India imported 122.6 million tonnes of coal, up from 112.5 million in the same period last year.

The reason the year to date imports are still in positive territory is three strong months from March to May, which happened to coincide with state-owned producer Coal India encountering difficulties in transporting its output.

It’s also worth noting that India’s imports from top supplier Indonesia have slumped in recent months, going from 10.1 million tonnes in April to just 5.1 million in July.

Given that India buys almost exclusively thermal coal for power plants from Indonesia, this suggests that the availability of domestic coal has improved, and perhaps also that electricity demand growth has been lacklustre.

Importantly, the decline in both crude and coal imports came even as the prices were falling, with Brent crude dropping almost 20% from a closing peak so far this year of $74.57 a barrel on April 24 to a low of $59.97 on June 12, the time period when most of the cargoes for June and July delivery would have been fixed.

Coal prices were also sliding at the time, with Indonesian 4,200 kilocalorie per kilogramme coal, as assessed by commodity price reporting agency Argus, dropping from $39.15 a tonne in the week to May 10 to $35.84 by mid-June.

The dynamics for LNG are slightly different, but also don’t really speak to strong Indian demand for energy products.

LNG imports have risen for the past three months to end July, but this came after a weak start to the year.

For the first seven months of 2019, LNG imports were 12.5 million tonnes, barely up from the 12.4 million tonnes for the same period last year.

The tick-up in imports from May to July also coincided with spot prices for the super-chilled fuel dropping to the lowest in three years, reaching $4.25 per million British thermal units in early June, less than half of the peak during the northern winter of 2018/19.

This may suggest that unlike coal and crude, India’s LNG demand has been responsive to weaker prices.

Overall, the story that emerges is that India’s demand for imported energy so far this year has disappointed, which doesn’t bode well for the government’s forecast of reigniting economic growth.

India’s crude oil and gas output has declined in the first quarter of the current fiscal year, further increasing India’s dependence on imports to meet its energy needs. 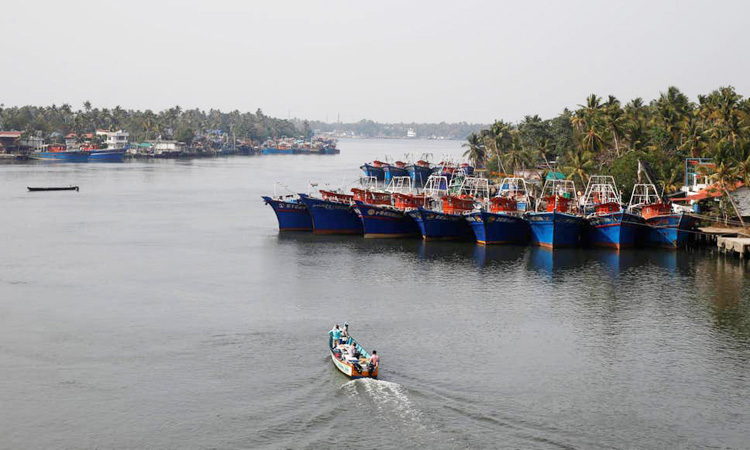 India looks to trial LNG as fuel for fishing boat

India is set to trial the use of liquefied natural gas (LNG) in the fishing sector in an unusual move ahead of new marine fuel standards that start next year.