Gold holds above $1,500 on growth worries 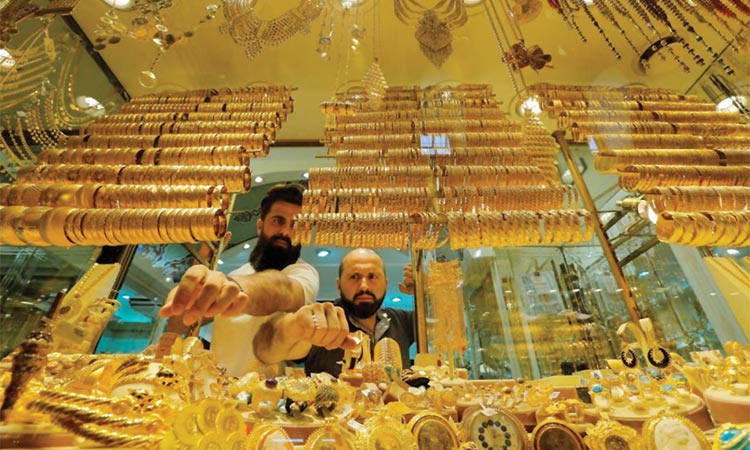 Goldsmiths arrange products in a gold and jewellery store in Istanbul, Turkey. Reuters

Gold edged up on Monday, holding above the psychological $1,500 level, amid concerns over slowing global economic growth as the trade war between Washington and Beijing drags on.

“Gold is trying to rebound due to fears of slowdown in the global economy and the trade talks (between the United States and China) are not going in the best ways,” ActivTrades analyst Carlo Alberto De Casa said, adding the “rebound in stock markets is weak and there is still room for gold to go up.”

In the latest development in the long drawn dispute between the world’s biggest economies, US President Donald Trump said on Friday he was not ready to make a deal with China and even called the September round of trade talks into question.

European stocks were expected to recover on Monday after a second week of losses. In early deals, futures for the pan-region Euro Stoxx 50 were up 0.69 per cent, German’s DAX was 0.6 per cent higher and the FTSE up 0.58 per cent. “To achieve higher gold prices we need more negative surprises in the economic, financial and geopolitical side. If we don’t see further escalation (in trade tensions), we are likely to see gold prices treading water or come under more pressure,” Commerzbank analyst Eugen Weinberg said.

Meanwhile, Goldman Sachs said on Sunday that fears of the trade war leading to a recession were increasing and that it no longer expected a trade deal between Washington and Beijing before the 2020 US presidential election.