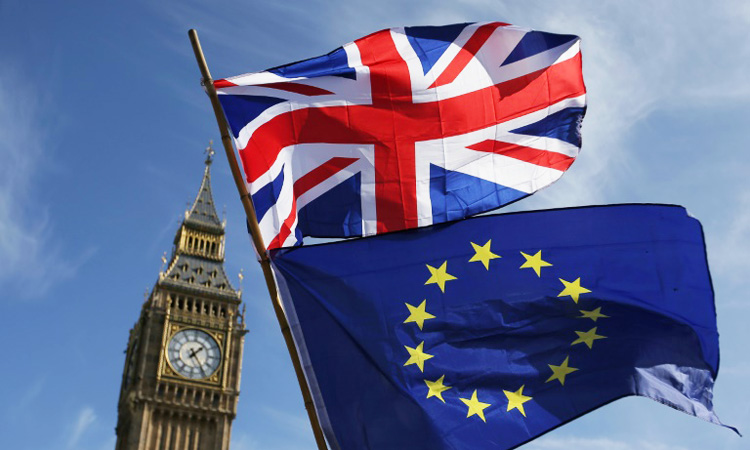 Britain’s economy unexpectedly shrank in the second quarter of the year on Brexit turmoil, official data showed on Friday.

Gross domestic product (GDP) fell 0.2 per cent in the April-June period, the first time the economy has contracted in almost seven years, the Office for National Statistics (ONS) said in a statement, blaming a dramatic slump in the construction and manufacturing sectors.

The data, which was worse than market expectations for zero growth and also reflects global economic strains, sent the pound diving to $1.2056 − the lowest level since early 2017.

Another contraction in the current third quarter would put Britain in an official recession, ahead of the nation’s expected withdrawal from the EU at the end of October.

“The latest data reveal an economy in decline and skirting with recession as headwinds from slower global economic growth are exacerbated by Brexit-related paralysis,” said IHS Markit economist Chris Williamson.

The result contrasted with 0.5-per cent expansion in the first quarter, when activity was boosted by companies stockpiling ahead of Brexit.

Output was buoyed in the first three months of 2019 because Britain had initially been scheduled to leave the European Union at the end of March.

“GDP contracted in the second quarter for the first time since 2012 after robust growth in the first quarter,” said Rob Kent Smith, ONS head of GDP.

“Manufacturing output fell back after a strong start to the year, with production brought forward ahead of the UK’s original departure date from the EU.

“The construction sector also weakened after a buoyant beginning to the year, while the often-dominant service sector delivered virtually no growth at all,” he added.

British Prime Minister Boris Johnson replaced Theresa May in July after winning the governing Conservatives’ leadership contest on a pledge to take Britain out of the bloc on October 31 with or without a divorce deal.

Brexiteer Johnson, a pivotal ‘Leave’ campaigner in the 2016 EU exit referendum, has repeatedly insisted that Britain can make an economic success of Brexit.

New finance minister Sajid Javid on Friday said that the global economy was slowing, but highlighted other recent positive data for the UK.

“This is a challenging period across the global economy, with growth slowing in many countries,” said Javid.

“But the fundamentals of the British economy are strong − wages are growing, employment is at a record high and we’re forecast to grow faster than Germany, Italy and Japan this year,” he added.

“The government is determined to provide certainty to people and businesses on Brexit − that’s why we are clear that the UK is leaving the EU on 31 October.” - ‘Pretty grim’ - The government’s official forecaster last month warned that Britain would slide into a year-long recession should it leave the EU without a deal.

Bank of England governor Mark Carney recently warned that a no-deal Brexit could undermine entire sectors of the economy such as the car industry and farming.

“Given the growing threat of a no-deal Brexit that looms menacingly overhead, it would not be at all surprising if the current quarter also shows a contraction − therefore meeting the standard definition of a recession.” Johnson’s predecessor May stepped down last month after failing to get her EU-divorce deal through parliament and being forced to delay Brexit twice.

Meanwhile, Sterling skidded again on Friday, hitting its lowest in more than two years, after an unexpected second quarter contraction in the economy alarmed investors already fretting that Britain is headed for a no-deal Brexit.

The British currency has been close to being the worst performing in the developed world these past couple of weeks since Johnson became prime minister on July 24.

Britain’s economy shrank at a quarterly rate of 0.2%, the first contraction since 2012 and below all forecasts in a Reuters poll.