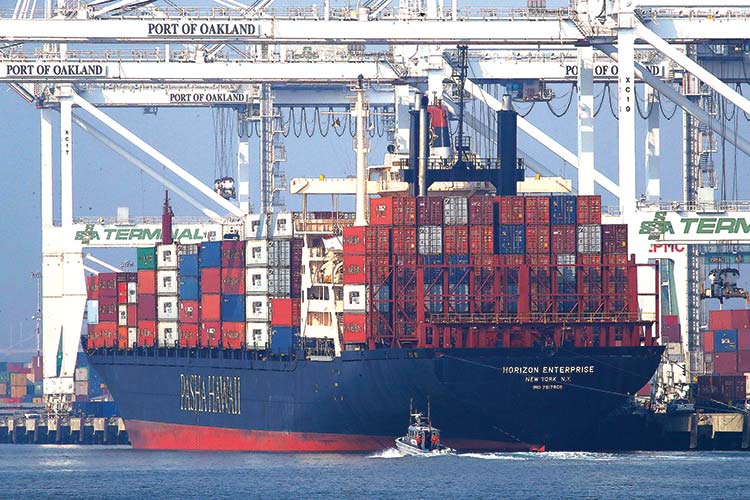 China's new ambassador to the United Nations, Zhang Jun, said Beijing would take ‹necessary countermeasures› to protect its rights and bluntly described Trump’s move as ‹an irrational, irresponsible act›. “China›s position is very clear that if US wishes to talk, then we will talk, if they want to fight, then we will fight,” Zhang told reporters in New York, also signalling that trade tensions could hurt cooperation between the countries on dealing with North Korea.

Trump said China had to do a lot in order to turn things around in the trade talks and repeated an earlier threat to substantially increase tariffs if they failed to do so.

The US president stunned financial markets on Thursday by saying he plans to levy the additional duties starting Sept. 1, marking a sudden end to a truce in a year-long trade war between the world›s two biggest economies that has slowed global growth and disrupted supply chains.

Earlier on Friday, Chinese Foreign Ministry spokeswoman Hua Chunying said China was holding firm to its position in the 13-month tariff brawl with the United States.

“We won›t accept any maximum pressure, intimidation or blackmail,”Hua told a news briefing in Beijing.

“On the major issues of principle we won›t give an inch,”she said, adding that China hoped the United States would “give up its illusions”and return to negotiations based on mutual respect and equality.

Retaliatory measures by China could include tariffs, a ban on the export of rare earths that are used in everything from military equipment to consumer electronics, and penalties against US companies in China, according to analysts.

The 10% duties, which Trump announced in a series of Twitter posts after his top trade negotiators briefed him on a lack of progress in talks in Shanghai this week, would extend tariffs to nearly all Chinese goods that the United States imports.

White House economic adviser Larry Kudlow told reporters on Friday that the impact on consumers from the latest duties would be minimal, despite the fact that the $300 billion target list is nearly all consumer goods, from cellphones and laptop computers to toys and footwear.

“The president's not satisfied with the progress on the trade deal,”Kudlow told Fox Business Network. So far, Beijing has refrained from slapping tariffs on US crude oil and big aircraft, after cumulatively imposing additional retaliatory tariffs of up to 25% on about $110 billion of US goods since the trade war broke out last year.

China is also drafting a list of “unreliable entities”- foreign firms that have harmed Chinese interests. US delivery giant FedEx is under investigation by China.

“China will deliver each retaliation methodically, and deliberately, one by one,”ING economist Iris Pang wrote in a note.

“We believe China›s strategy in this trade war escalation will be to slow down the pace of negotiation and tit-for-tat retaliation. This could lengthen the process of retaliation until the upcoming US presidential election”in November 2020, Pang said.

The tariffs may also force the US Federal Reserve to again cut interest rates to protect the US economy from trade-policy risks, experts said.

The Fed got another possible signal for a second rate cut next month from US July jobs data on Friday, which showed a slowdown in hiring and fewer hours for manufacturing workers.

But new data also showed the US goods trade deficit dipped 0.3 per cent in June to $55.2 billion in a sign that Trump›s tariff policies were restricting trade flows. The goods trade deficit with China shrank 0.8% to $30 billion with Chinese imports falling 0.7% and US exports to China unchanged.

US Trade Representative Robert Lighthizer and Treasury Secretary Steven Mnuchin briefed Trump earlier this week on their first face-to-face meeting with Chinese officials since Trump met Xi at the G20 summit at the end of June and agreed to a ceasefire in the trade war.

Previous negotiations collapsed in May, when US officials accused China of backing away from earlier commitments.