A stock broker works at the Bombay Stock Exchange. Reuters

The Nifty traded 7.30 points lower at 11,338.90 Globally, Deepak Jasani of HDFC Securities said that expectations of policy easing by major central banks such as the Federal Reserve propped up global stocks on Tuesday. Asian stocks, Jasani added opened modestly higher as investors braced for a busy week of US corporate earnings and potential developments in trade negotiations.

Meanwhile, with 360 deals, startups in India secured $5.85 billion funding in the first half of 2019, according to a report.

Sequoia Capital emerged as the most active venture capital firm and Indian Angel Network the most active seed stage investor, said the report by DataLabs, research division of Inc42 Media.

“This is an indicator of poor investor confidence,” Das said and added, clarity in regulations, like the abolition of angel tax, and sector-specific policies had become necessary for boosting investment.

In terms of number of deals, fintech (57), enterprise tech (52) and consumer services (40) were top sectors. These three made up 41.39 per cent of all funding deals.

Among the cities, Bengaluru secured the top spot with maximum funding.

Meanwhile, wireless technology plays a key role in today’s communications and its new forms will become central to emerging technologies including robots, drones, self-driving vehicles and new medical devices over the next five years, a new report by Gartner Inc. said on Tuesday.

“Business and IT leaders need to be aware of these technologies and trends now. Many areas of wireless innovation will involve immature technologies, such as 5G and millimeter wave, and may require skills that organisations currently don’t possess.

“EA and technology innovation leaders seeking to drive innovation and technology transformation should identify and pilot innovative and emerging wireless technologies to determine their potential and create an adoption roadmap,” Nick Jones, Research Vice President at Gartner, said in a statement.

According to the market research firm, Wi-Fi has been around a long time and will remain the primary high-performance networking technology for homes and offices till 2024. Beyond simple communications, Wi-Fi will find new roles − for example, in radar systems or as a component in two-factor authentication systems.

5G cellular systems are starting to be deployed in 2019 and 2020. The complete rollout will take five to eight years.

“5G is still immature, and initially, most network operators will focus on selling high-speed broadband. However, the 5G standard is evolving and future iterations will improve 5G in areas such as the Internet of Things (IoT) and low-latency applications,” Jones added.

Both conventional and self-driving cars will need to communicate with each other, as well as with road infrastructure. This will be enabled by V2X wireless systems. In addition to exchanging information and status data, V2X can provide a multitude of other services, such as safety capabilities, navigation support and infotainment.

Chinese smartphone manufacturer Huawei is all set to launch Mate 20 X 5G smartphone on July 26 in China and has started extending invitations for the launch event too.

Since the phone is 5G, one can expect unveiling of the 5G network in China that should appear first in major cities like Shanghai, Beijing and Shenzhen, news portal GSMArena reported on Monday. 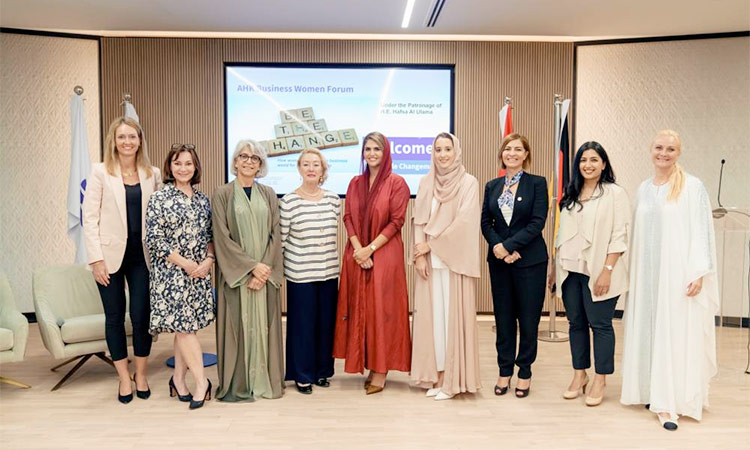 Female change-makers urged to play a vital role in businesses

Women need to remove all the barriers and influence the business world for a better tomorrow by working together. This was echoed by women speakers