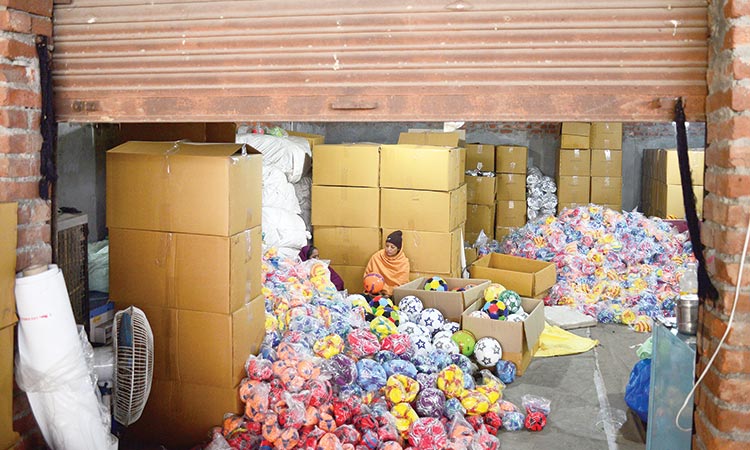 A woman works in the packing section of a factory that manufactures sports goods in Jalandhar, India. Reuters

“Falling from ‘+18 per cent’ in February to ‘+15 per cent’ in June, the net balance of private sector companies foreseeing output growth in the year ahead matches the June 2016 reading and therefore is the joint-lowest since aggregate data became available in October 2009,” the report said.

It further said: “Anecdotal evidence suggests that water shortages, public policies and weak sales have restricted sentiment in June. Companies are also concerned about potential rupee depreciation pushing prices for imported materials higher, a lack of skilled labour, likely tax hikes, financial difficulties and customers increasingly demanding discounts.” Some firms however hope to gain market shares as competitors exit the market, while others are confident about incentives and favourable government policies, it said.

“Sentiment towards profitability has faded since February, with the proportion of companies predicting growth exceeding those expecting a contraction by 15 per cent. This figure is well below the historical trend, but surpasses the global average.”