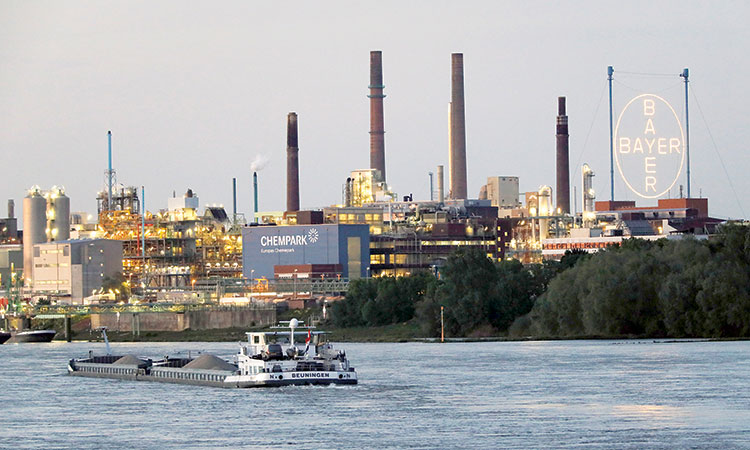 Headquarters and main plant of Bayer in Leverkusen, Germany. Reuters

The two companies are working with banks to ensure any merger would secure regulatory approval, the sources said, speaking on condition of anonymity.

Bayer has delayed the launch of an auction to private equity funds to clinch a bilateral deal with Elanco, the fourth-largest player in the animal health industry globally, the sources said.

The German pharma-maker is under pressure to raise cash and boost its share price after its $63 billion purchase of Monsanto.

The sources said discussions with Elanco were at an early stage and Bayer remained interested in receiving bids from private equity investors later this year.

An auction process was initially expected to start in June but Bayer would only dispatch information packages to prospective bidders towards the end of the summer, they said.

A Bayer spokesman said the firm was “progressing as planned” with efforts to separate the animal health business.