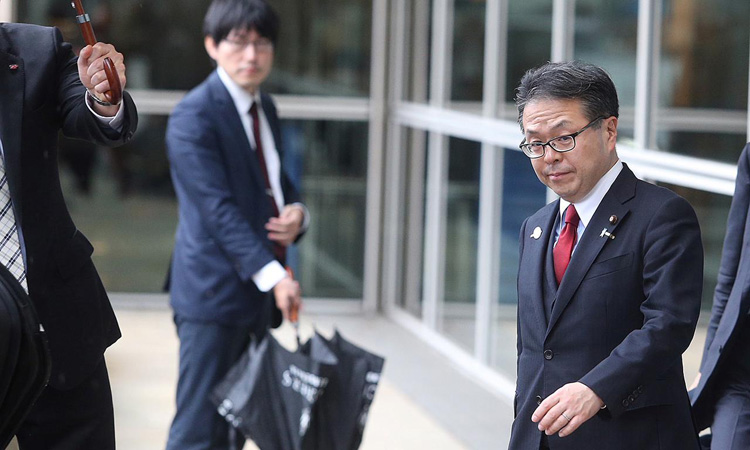 The dispute threatens to disrupt global supplies of South Korean memory chips and smartphones, with Samsung Electronics and SK Hynix among the key names likely to be affected.

Japan was “not thinking at all” of withdrawing the curbs and they did not violate World Trade Organization rules, Industry Minister Hiroshige Seko said.

“Whether Japan implements additional measures depends on South Korea’s response,” he told a news conference after a cabinet meeting.

The remarks followed urging on Monday by South Korean President Moon Jae-in for the restrictions to be withdrawn. Seoul could not rule out countermeasures for damage they inflicted on firms in South Korea, Moon added.

South Korea plans to complain to the WTO.

Japan announced the curbs on the exports of materials used in smartphone displays and chips last week, amid a growing dispute over South Koreans forced to work for Japanese firms during World War Two.

Also caught in the fray are Japanese chemical suppliers such as JSR and Stella Chemifa, which are exploring ways to supply South Korean clients from plants outside Japan.

Japanese and South Korean officials plan to hold talks in Japan as early as this week on the export restrictions, the Yomiuri newspaper said on Tuesday.

Chief Cabinet Secretary Yoshihide Suga said South Korea had asked Japan for an explanation of the curbs and that working-level officials would respond. The schedule was being arranged, he added.

South Korea’s trade ministry is in talks with its Japanese counterpart about the timing and agenda, but nothing has been decided, a ministry spokeswoman said.

The countries share a bitter history dating to Japan’s colonisation of the Korean peninsula from 1910 to 1945, which saw forced use of labour by Japanese companies and the use of “comfort women,” a euphemism for those forced to work in wartime brothels.

Japan says the issue of forced labour was fully settled in 1965, when the two countries restored diplomatic ties. 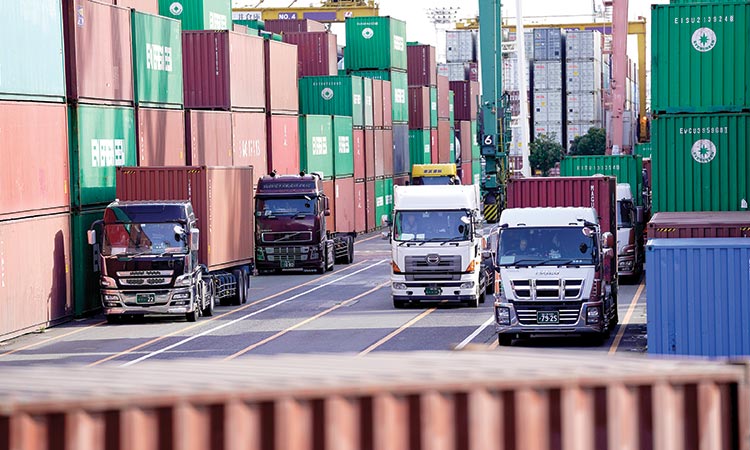 TOKYO: Japan’s exports declined in March as shipments to China dropped more than 9 per cent, pulling the nation’s trade surplus sharply lower. The data released Wednesday by the Finance Ministry was more or less in line with forecasts. The report followed two days of trade talks