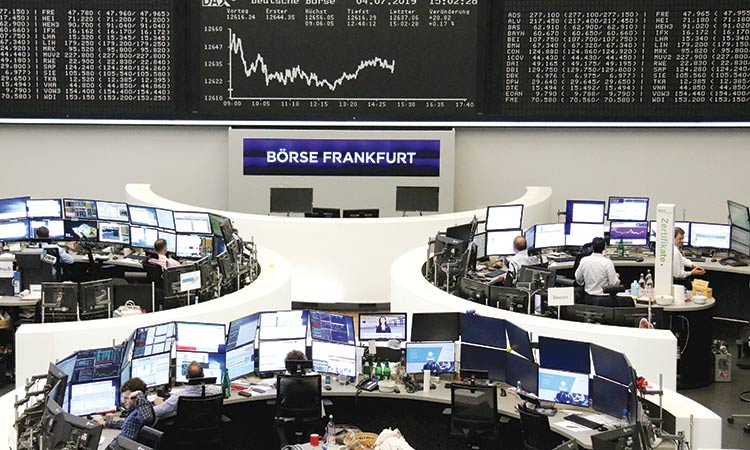 The German share price index DAX graph is pictured at the stock exchange in Frankfurt on Thursday. Reuters

The detente reached by US President Donald Trump and China’s Xi Jinping and their agreement to refrain from new tariffs pending a new round of negotiations has relieved some pressure on markets. But the trade war is still overshadowing the global economic outlook.

With Wall Street trading closed for the July 4 holiday, investors will be looking ahead to the US government›s closely watched monthly jobs report on Friday. The results of that report will likely be a factor in the Federal Reserve›s meeting this month. The central bank has already said it is prepared to cut rates to shore up the US economy if trade disputes crimp growth.

But trade remains a key factor, as markets wait to see the next steps after Trump and Xi›s encounter at the Group of 20 Summit in Osaka, Japan.

White House economic adviser Larry Kudlow told reporters in Washington that he expected to announce a new round of negotiations soon. “They›re on the phone,”he said. “There›s lots of communication.”“We›re not done yet, but we›re hopeful,”he said.

The Dow Jones Industrial Average also reached a record, gaining 0.7% to close at 26,966. A rally in technology shares pushed the tech-heavy Nasdaq composite 0.8% higher to 8,170.23.

Technology companies, which tend to do a lot of business with China, have been particularly sensitive to the trade war between the US and China. The sector has been broadly higher this week.

Oil prices fell on Thursday, weighed down by data showing a smaller-than-expected draw on US crude stockpiles along with worries about the global economy.

“Gains were capped by the Energy Information Administration (EIA) reporting a weekly decline of 1.1 million barrels in crude stocks, versus the 3 million barrels forecast by analysts and 5 million barrels reported by the API a day earlier,”Cantor Fitzgerald Europe said.

“Also providing headwinds were signs of a recovery in oil exports from Venezuela in June and growth in Argentinian output in May,”it added.

US inventories fell less than expected as US refineries last week consumed less crude than the week before and processed 2% less oil than a year ago, the EIA data showed, despite being in the midst of the summer gasoline demand season.

That suggests oil demand in the United States, the world›s biggest crude consumer, could be slowing amid signs of a weakening economy. New orders for US factory goods fell for a second straight month in May, government data showed on Wednesday, adding to the economic concerns.

The weak US data followed a report of slow business growth in Europe last month as well.

“Tossing aside the short-term nature of fluctuations around the inventory data, it›s impossible to escape the economic reality that we are in the midst of a global manufacturing downturn,”said Stephen Innes, managing partner, Vanguard Markets.

Some analysts, however, believe the global economy remains robust and that demand is likely to be strong.

“The Shanghai Composite Index is around the same level as when Donald Trump occupied the White House. It is also worth remembering that global GDP growth, albeit revised down lately by the IMF, is still expected to be a healthy 3.3% this year and 3.6% in 2020. 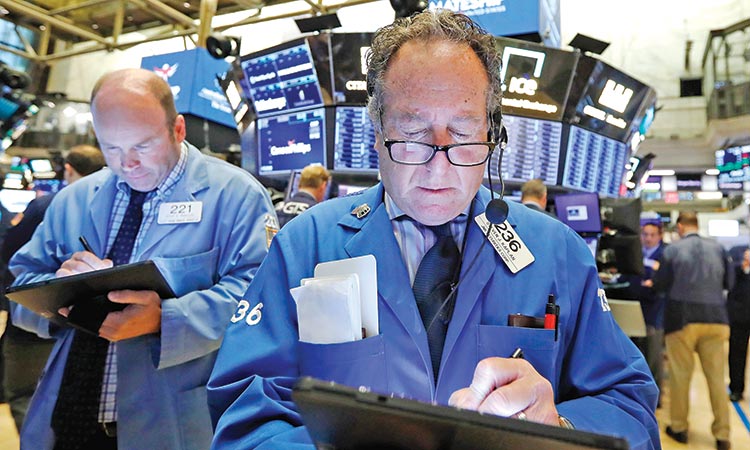 Global shares slipped on Thursday on growing signs that a trade dispute between the United States and China was taking a toll on corporate earnings, with nerves spreading from Wall Street through Asia to European markets.