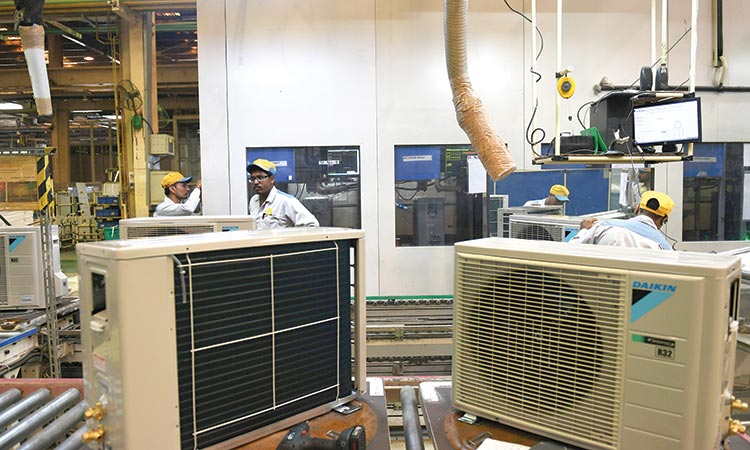 The views were expressed in an annual economic survey presented to parliament one day before Finance Minister Nirmala Sitharaman presents the budget for the fiscal year that ends in March 2020.

India’s growth cooled to 6.8% in the year that ended on March 31, its slowest rate of expansion in five years.

“Growth in the economy is expected to pick up in 2019/20 as macroeconomic conditions continue to be stable,” said the finance ministry’s chief economic adviser, Krishnamurthy Subramanian, the report’s main author.

A shortfall in monsoon rains, pivotal for the farm sector that constitutes about 15% of the economy, employing nearly half of India’s workers, has increased concern about rural distress and strengthened the case for government intervention.

But the report said India faces a challenge on the fiscal front: the economic slowdown has impacted tax collection, while state spending on the farm sector is rising.

In an interim budget unveiled in February, ahead of a general election, the government set 3.4% of gross domestic product (GDP) as a target for 2019/20’s fiscal deficit.

“We are sticking to the fiscal consolidation path for the last five years. We anticipate that path will continue,” Krishnamurthy told reporters after the release of the report.

To allow higher spending, the fiscal deficit target might be lifted to 3.6% on Friday, a senior government official told Reuters.

In 2018/19, the government resorted to spending cuts of nearly 1.5 trillion rupees to meet the upwardly revised fiscal deficit target of 3.4% after a fall in tax collections.

The annual survey gave no projection for the deficit. Economists believe the real figure has to exceed 3.4%, because already in the first two months of the current year, the deficit equalled 52% of the total targeted for 12 months.

The report urged the removal of hurdles to private investment and a further opening of the economy to foreign investors to boost growth to over 8% annually, which would make India a $5 trillion economy in five years.

In January-March, annual growth slumped to 5.8%, the slowest pace in 20 quarters, and more recent indicators such as plummeting industrial output and automobile sales have stoked fears of a deeper slowdown.

Krishnamurthy said transmission of monetary easing was key to reduce the cost of capital in the economy.

India’s central bank, Reserve Bank of India (RBI) has cut benchmark repo rate by 75 basis points (bps) since February, but commercial banks have reduced lending rates by only 10-15 bps as they are saddled with huge distressed assets amounting to near $150 billion.

Indian financial markets largely shrugged off the economic survey and investors said they would prefer to wait for the budget on Friday for direction.

“The survey identifies problems and its core is India to be a $5 trillion economy by 2024/25, which looks a bit optimistic,” said Devendra Pant, chief economist at India Ratings & Research, the Indian arm of the rating agency Fitch. “It is banking on productivity growth of 70 basis point compared with the United States,” Pant said.  India is likely to stick to a modest rise in defence spending in the 2019/20 budget because of tight government finances, officials said, further delaying a long-planned military modernisation programme.

India’s air force desperately needs hundreds of combat planes and helicopters to replace its Soviet-era aircraft while the navy has long planned for a dozen submarines to counter the expanding presence of the Chinese navy in the Indian Ocean.

The army, a large part of which is deployed on the border with traditional foe Pakistan, has been seeking everything from assault rifles to surveillance drones and body armour.

But these plans have been on hold for years because governments have not been able to set aside large sums and most of the defence expenditure goes on salaries and pensions for a 1.4 million standing military, the world’s second largest after China.

In an interim budget announced in February before national elections, the government allocated 4.31 trillion rupees ($62.27 billion) for defence, a 6.6 per cent rise over the previous year, raising concern at the time it wouldn’t be enough for modernisation.