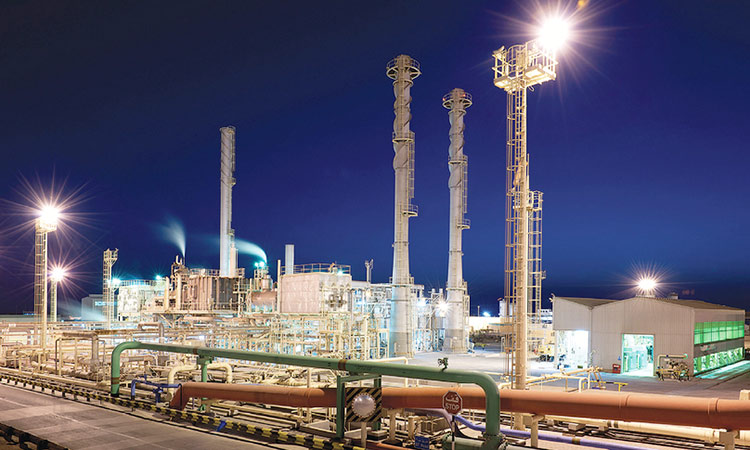 ‘The successful closing of this pioneering transaction is a clear vote of confidence by the global investment and finance community in both the UAE and Adnoc.’

Following this announcement the Abu Dhabi Retirement Pensions and Benefits Fund, ADRPBF, agreed to invest a further $300m. The ADRPBF investment is due to close in the next quarter. The KKR and BlackRock investment, which was successfully funded through their global infrastructure funds and financed by a syndicate of international banks, was oversubscribed during its syndication.

This agreement will see BlackRock and KKR acquire a combined 40% stake in a newly formed entity, Adnoc Oil Pipelines - Sole Proprietorship (Adnoc Oil Pipelines), with ADRPBF acquiring 3% and Adnoc holding the remaining 57%. Adnoc Oil Pipelines leases Adnoc’s interest in 18 pipelines, transporting stabilised crude oil and condensate across Adnoc’s offshore and onshore upstream concessions, for a 23-year period. The entity receives a tariff payable by Adnoc, for its share of volume of crude and condensate that flows through the pipelines, backed by minimum volume commitments. Sovereignty over the pipelines and management of pipeline operations remain with Adnoc.

Commenting on the announcement, Ahmed Jasim Al Zaabi, Group Director Finance and Investment at Adnoc, said, “The successful closing of this pioneering transaction and the oversubscribed financing is a clear vote of confidence by the global investment and finance community in both the UAE and Adnoc as an attractive investment destination. It also highlights the quality of Adnoc’s midstream pipeline assets and our innovative approach to structuring value-creating investment opportunities for our partners and investors.” The collection of 18 pipelines being leased by Adnoc Oil Pipelines has a total length of over 750km, and a total aggregate capacity of approximately 13,000 Mbblpd (gross). These assets represent key midstream infrastructure for Abu Dhabi’s energy ecosystem, allowing for the vast majority of Abu Dhabi’s crude oil production to be transported from Adnoc’s onshore and offshore upstream assets, to Abu Dhabi’s key take-away outlets and terminals for conversion to other high-value products, or on to global energy markets. The pipelines have underlying long-term minimum volume commitments and are supported by stable crude oil production from Adnoc Onshore and Adnoc Offshore - the leading onshore and offshore operating companies in Adnoc with global IOCs as JV partners, each with an average remaining concession life of over 35 years.

Over the last two years, Adnoc has significantly expanded its strategic partnership and co-investment model and created new investment opportunities across all areas of its value chain, while at the same time, more proactively managing its portfolio of assets and capital. This transaction continues this strategy and follows on from several other recent value creation initiatives including Adnoc’s debut capital markets transaction, the issuance of the Abu Dhabi Crude Oil Pipeline, ADCOP, bond, the IPO of Adnoc Distribution, the recent strategic equity and commercial partnerships between Adnoc Drilling and Baker Hughes as well as Adnoc Refining and Eni and OMV.

Fitch Ratings also recently assigned Adnoc a standalone credit rating of AA+ and a Long-Term Issuer Default Rating of AA with a Stable Outlook. Both ratings are the highest currently assigned by Fitch for any oil and gas company, globally.

Adnoc recently announced a new strategic partnership with OCI, which is a global producer and distributor of natural gas-based fertilisers and industrial chemicals, headquartered in the Netherlands.

The JV will become the largest export-focused nitrogen fertiliser platform globally and the largest producer in the Mena region with a production capacity of 5 million tonnes of urea and 1.5 million tonnes of sellable ammonia. Annual revenues for the combined entity are $1.74 billion, based on 2018 pro forma figures. Adnoc and OCI will own a 42 per cent and 58 per cent stake in the JV respectively.

This combination brings greater geographic diversity to the platform’s Mena production channels, enabling greater combined market access to strengthen market share and better serve its customers around the world. It will have a centralised commercial team, supported by a robust storage and distribution infrastructure with access to key ports on the Mediterranean, Red Sea and Arabian Gulf.