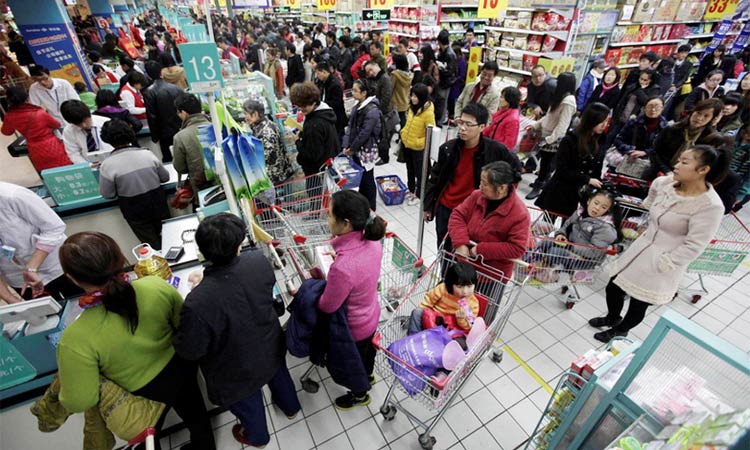 The pullback allows Europe’s largest retailer to focus its revival efforts on its home market where it is under intense competitive pressure from traditional rivals and from Amazon.com Inc.

Investors welcomed a long-awaited all-cash deal struck at what analysts said was a good enough price in view of Carrefour’s falling sales and operating losses in China.

Carrefour, which has been in China since 1995, agreed to sell 80% of its Chinese operations to electronics retailer Suning.com for 620 million euros ($705 million).

Carrefour follows other big-name Western retailers such as Tesco Plc and Walmart Inc, which have sold stakes to domestic partners, and Amazon which plans to shut its online store in China next month.

German wholesaler Metro AG, which has 93 stores in China, is also looking to sell its China unit amid a wider company restructuring, people directly involved in the matter have told Reuters.

Carrefour, led by Chief Executive Alexandre Bompard since 2017, has spent years trying to fix its business in China where its 2018 sales fell 5.9% and its operating loss was 32 million euros.

The agreement with Suning values Carrefour’s China operation, including debt, at 1.4 billion euros ($1.6 billion), with options to sell the remaining 20% stake.

Carrefour will keep two out of seven seats on the board of Carrefour China. The Carrefour brand will be kept for at least 4.5 years after completion of the deal.

Carrefour China, which operates 210 hypermarkets and 24 convenience stores, had net sales of 3.6 billion euros and earnings before interest, tax, depreciation and amortisation (EBITDA) of 66 million euros in 2018.

A 1.4 billion euros enterprise value would value the business at multiples of 21 times EBITDA, which was “very good”, Bernstein analysts wrote.

“This is a good move by Carrefour allowing them to focus on their core French business, whilst keeping a stake in the Chinese business, keeping some visibility on what is happening in the fastest moving grocery market,” Bernstein added.

They expected “a 3-4% earnings upgrade from the removal of China losses and lower interest charges” Carrefour which faces pressure in France from traditional rivals like Leclerc and from Amazon, is in the midst of a five-year restructuring plan to boost group sales and profits.

“China was the one part of Carrrefour’s portfolio where strategic value deviated considerably from earnings contribution. Upside from here will be determined by French operational progress,” Jefferies analysts said in a note.

The rapid growth of online grocers such as Alibaba Group Holding’s Freshippo and JD.com has eaten into the market share of foreign retailers in China, where consumers have come to expect same-day delivery and competitive prices.

“The competition in China is so fierce that you really need to double down in order to win. It’s almost like a second home market, so the question is do you have enough conviction and do you have enough resources to win in China,” said Jonathan Cheng, head of Bain’s Greater China Retail Practice.

Suning, which is backed by Alibaba, said in a statement that the acquisition will allow it to strengthen its brand as well as boost its marketing capabilities, food quality control and supply chain management in the sector.

The deal also puts an end to Carrefour’s preliminary talks to sell a minority stake in its China business to technology giant Tencent.

“The talks that have started since January 2018 for the sale of a minority stake (in Carrefour China) to Tencent are over,” a Carrefour spokeswoman said, but a strategic business partnership with Tencent remained in place.

Carrefour announced a partnership last year with Tencent, which led to the opening of a store in Shanghai.

Carrefour also said at the time that Tencent and Yonghui, a retailer specialising in fresh food and small stores, could take a stake in Carrefour China.

Tencent declined to comment. Yonghui said on Monday it was scrapping talks with Carrefour on its related investment plan.