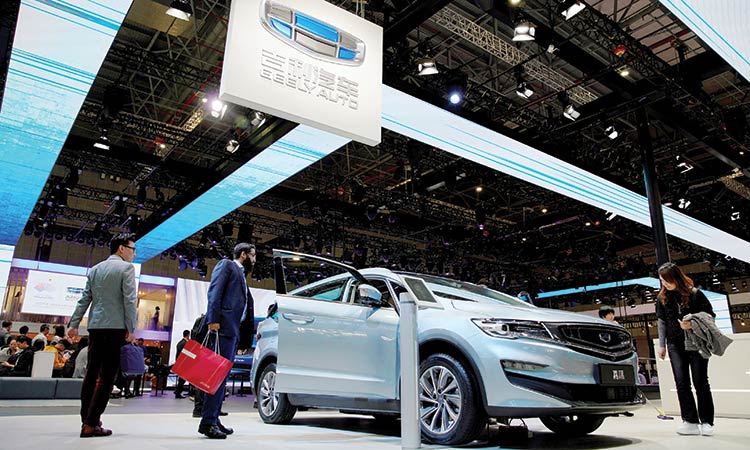 Visitors look at a Geely vehicle at the Shanghai Auto Show in China. Reuters

China’s Geely has chosen Zenuity, a joint venture between its Volvo car marque and Swedish technology group Veoneer, as its preferred supplier for assisted and self driving software.

Regulatory challenges and soaring development costs mean carmakers have delayed forecasts for the mass adoption of self-driving cars, putting pressure on suppliers such as Zenuity, which declined to comment on financial terms on Wednesday.

Veoneer said in April it was carrying out a review of Zenuity, which is focused on developing software for assisted driving features (ADAS) such as lane keeping and autonomous driving (AD), and seeking efficiencies from the venture.

Chief Executive Dennis Nobelius said the Geely deal was a significant win as only 3-5 first generation self-driving software platforms would survive to the end of the next decade, compared to the more than 40 CB Insights estimates exist now.

“Our plan is clear, that we want to be one of those,” he told journalists. “We have a number of RFQs (request for quotation) at this moment for ADAS and we’re discussing deeper relations when it comes to the AD part.”

Zenuity’s entire ADAS software stack along with parent Veoneer’s sensors were being showcased to customers and experts at a event in Detroit, Michigan later on Wednesday.

Gothenburg-based Zenuity was formed in 2017 by Volvo, which Geely bought from Ford in 2010, and former Veoneer parent Autoliv, which put 1.1 billion Swedish crown ($115 million) in the venture.

It is competing with larger rivals in self-driving technology, where U.S. companies are leading the way, with Google’s Waymo last year winning the first approval to test cars without safety drivers on Californian roads.

Zenuity, whose customers include Volvo and Geely Auto, employs more than 600 people and this year won approval to begin hands-free testing on Volvos on Swedish highways.

Technology advisor Erik Coelingh said Zenuity’s edge came from the fact that it had products for both ADAS and AD. “Exactly when AD will come in large volume is relatively uncertain, but until cars drive themselves then you will have ADAS,” Coelingh said. “So the fact that we have both really is a very good position to be in this uncertain market.”

Meanwhile, China announced a series of measures to revive slumping car sales, but failed to meet market expectations as it included no plans to relax controls over the issuance of new licenses for traditional-fuel cars in major cities.

Beijing has been trying to boost consumption of goods ranging from eco-friendly appliances to big-ticket items such as cars to fire up growth, as the world’s second-largest economy is expected to slow further in 2019 amid a bruising trade spat with the United States.

Auto industry executives have expected China’s car market, the world’s biggest, would return to growth this year thanks to government support after sales contracted for the first time last year since the 1990s.

The National Development and Reform Commission (NDRC), China’s state planner, said in a statement it is stopping local governments from imposing new restrictions on car purchases and cancelling existing ones that apply to new energy vehicles.

The measures, which apply to 2019-2020, include support to encourage car purchases in rural areas. The NDRC statement also called for more local governments to allow pickup trucks to enter their cities.

Financial magazine Caixin, citing an NDRC document, reported in April that China is planning to increase the number of newly issued car licenses in major cities including Beijing, Shanghai and Guangzhou by 50 per cent this year from 2018 levels, and double that next year.

The NDRC, however, did not mention such steps on Thursday.

“The (April) draft was quite strong so I am quite disappointed about the policies,” said an industry association official who declined to be named as she was not permitted to speak to the media.

Yale Zhang, head of Shanghai-based consultancy Automotive Foresight, said the document would likely support some new energy vehicle sales, but would not have a big impact on combustion engine cars.

“Now the question comes to whether local governments are willing to support auto sales.”

Vehicle sales in China fell 14.6% in April from the same month a year earlier, marking the 10th consecutive month of decline. 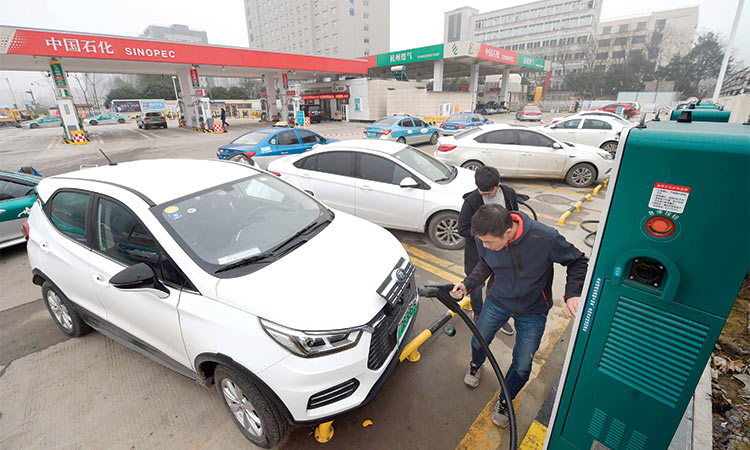 China’s auto sales rise for second straight month in May

China’s auto sales in May rose 14.5% from the same month a year earlier, industry data showed, the second consecutive month of increase as the world’s biggest vehicle market recovers from lows hit during coronavirus lockdowns.