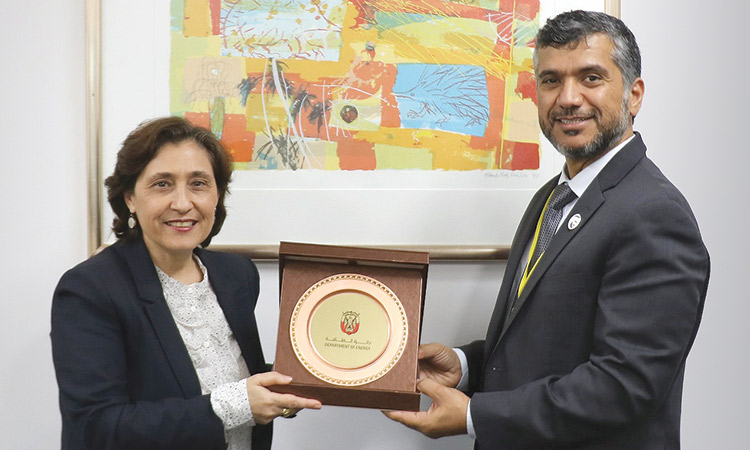 Awaidha Al Marar and Lily D’Ambrosio during the meeting in Melbourne, Australia.

The Department of Energy delegation attended the event which concluded on 14th June, as part of an official visit to Australia that sought to strengthen partnerships and foster a greater exchange of expertise between the emirate of Abu Dhabi and leading Australian government entities.

“The spike in global demand for energy is an opportunity to align efforts and increase reliance on clean and renewable energy,” Al Marar said in his speech, noting that having the International Renewable Energy Agency, IRENA, headquarters in Abu Dhabi is testament to the Emirate’s efforts to cement its position as a global leader in clean energy.

The DoE Chairman also outlined the tremendous progress that the Emirate of Abu Dhabi has made in the energy sector at the regional and global levels as part of its programme to transition towards clean energy. This initiative was launched in 2013 when President His Highness Sheikh Khalifa Bin Zayed Al Nahyan, inaugurated Shams 1, the world’s largest concentrated solar power plant in operation. On the heels of the Shams 1 launch, work began with building the Middle East’s first peaceful nuclear power plant in Abu Dhabi, which houses four reactors with a capacity of 1,400 MW each.

Al Marar highlighted Abu Dhabi’s dedication to investing in renewable energy, citing the Noor Abu Dhabi Solar Power Plant, launched in early 2019 to be one of the world’s largest independent solar power plant at a cost of Dhs3.2 billion and with a production capacity of nearly 1,177 MW. These projects are in line with the Emirate’s plan to increase its dependence on clean energy sources to 7 per cent in 2020, then 25 per cent in 2030, and 50 per cent in 2050, he explained.

The DoE Chairman’s speech underscored the Department’s role in setting plans for the energy sector in Abu Dhabi that align with the Abu Dhabi Economic Vision 2030 and the UAE Energy Strategy 2050. This includes setting strategic initiatives to diversify and secure high-quality energy sources at low cost, which in turn helps ensure economic, environmental, and social sustainability. The DoE is committed to collaborating with local and international partners who are prominent in the sectors the Department of Energy is involved in, such as renewable energy, electric power, water, and district cooling.

“Abu Dhabi has an ambitious programme to promote renewable and clean energy sources,” said Al Marar. “Our participation in the Australian Energy Week offered us a prominent platform to showcase the tenets of this programme, and to introduce industry leaders from Australia and the world to Abu Dhabi and the UAE’s capabilities, infrastructure, logistics, and appeal to investors, underlining its geographic and strategic importance as a global energy capital.”

The delegation from the Abu Dhabi Department of Energy met with several officials from the Government of the Australian State of Victoria, as well as with representatives of various entities tasked with regulating the energy sector in the country, most prominent among which were Australian Energy Regulator, AER, the Energy Efficiency Council, and Australia Energy Market Operator. The delegates held extensive meetings with executives from major Australian energy companies, as well as prominent businesspeople and industry professionals.

A high-profile delegation from the Abu Dhabi Department of Energy (DoE), led by the DoE’s Chairman Eng Awaidha Murshed Al Marar, visited the Australian state of Victoria as part of the efforts to expand cooperation and reinforce strategic partnerships in energy between Abu Dhabi and other countries of the world.

The DoE delegation met with officials from the Government of the State of Victoria and senior executives from the state’s energy regulatory institutions, most prominent of which is Australian Energy Regulator (AER), the Energy Efficiency Council, and Australia Energy Market Operator. 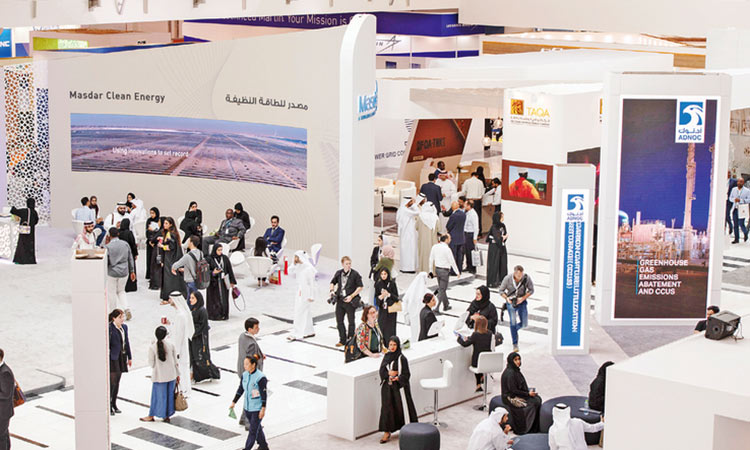