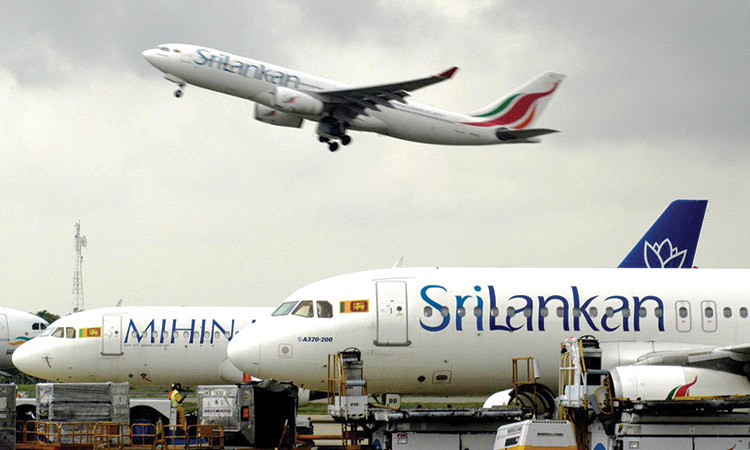 An Airbus from Sri Lankan Airline takes off from Bandaranaike International airport in Katunayaka. Reuters

SriLankan Airlines said in a statement that it had achieved this status for the second time in less than 12 months as in September 2018, it had achieved a punctuality rating of 91.37 per cent, reports Xinhua news agency.

In May, it achieved a punctuality rating of 90.75 per cent.

SriLankan Airlines said achieving this status in May was impressive due to the challenges caused by heightened security at the airline’s hub at the Bandaranaike International Airport in capital Colombo following the April 21 Easter Sunday terror attacks that killed over 250 people.

Global flight tracker, Flightstats analysed data of 41 carriers from Europe, North America, Asia, the Middle East, and South America, including most of the world’s largest and most prestigious airlines before drawing its conclusions.

SriLankan Airlines, the National Carrier of Sri Lanka has resumed its operations between Karachi and Colombo (UL183/4) from June 1.  However, the airline said the date of recommencement of its Lahore operations will be notified later.

The Airline was compelled to cease its services to Lahore and Karachi following the temporary closure of Pakistan’s airspace by its Civil Aviation Authority last February.

The SriLankan Airlines has decided to wet-lease one of its aircrafts with Oman Air with effect from this month (June).