Pakistan’s exports increase by 7% as production goes up - GulfToday 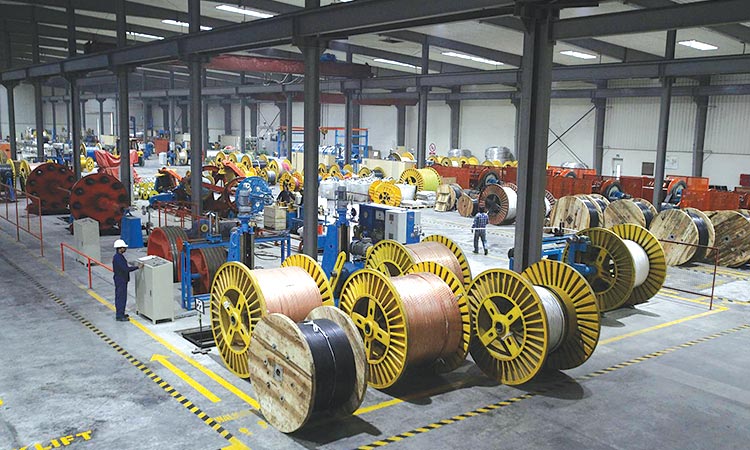 Adviser to Prime Minister on Commerce Abdul Razak Dawood says Pakistan’s exports have increased by seven per cent as production line had gone up despite difficult environment.

Terming the project of Allama Iqbal Industrial City imperative for industrial development in the country, the Adviser said projects like Faisalabad Industrial Estate Development & Management Company (FIEDMC), would help the industry generating economic activities by attracting foreign and local investors besides enhancing volume to exports to meet the challenges of trade deficit.

Razak Dawood said Pakistan’s exports went up by 7 per cent as production line had gone up despite difficult environment.

“The trade gap was narrowing down as exports were showing steadying trajectory while imports got reduced by $4 billion and overall current account deficit also improved,” he added.

He said that the situation on economic front was not as bad as being portrayed by some quarters and they were ready as well to correct things. However, he also conceded that the economic situation must have improved at much accelerated pace.

He said that the exports of garments went up by 29 per cent, cement 25 per cent, basmati rice 21 per cent and footwear 26 per cent in the current fiscal year.

Abdul Razak Dawood said that the government provided subsidy to export-oriented sector on electricity and gas and it would be continued in coming year.

FIEDMC Chief Mian Kashif Ashfaq unfolding the distinctive features of Allama Iqbal Industrial City to Advisor said this sole project would house as many as 400 industries besides giving employments to 2,500, 00 people. He said approximately Rs400 billion foreign and local investments would be pumped into this project and development project is being carried out on fast track.

He further said FIDEMC always provided state of the art facilities to its customers besides resolving their issues through one window operation on top priority basis. He said the confidence of the investors on is being restored after completion of M3 project.

Mian Kashif said that Prime Minister Imran Khan has changed the image of the country within a short span of time since he formed the government in August last year. “Pakistan which suffered huge economic losses during the last 20-years due to militancy and war against terror, has now come out as a progressive new country under Imran’s leadership,” he added.

He appreciated Abdul Razak Dawood for taking serious steps for the revival of national economy. He said Pakistan’s economic indicators are now improving and soon the government would announce relief packages for the poor strata of the society.

He also said FIEDMC was committed to improve Pakistan’s ease of doing business ranking to under 100 within two years to attract international investors to the country.