People buy clothes in a store in Beijing on Wednesday. Agence France-Presse

Current and threatened US-China tariffs could slash global economic growth by 0.5 percentage point in 2020, the International Monetary Fund warned on Wednesday as world finance leaders prepare to meet in Japan this weekend.

IMF Managing Director Christine Lagarde said in a blog and briefing note for G20 finance ministers and central bank governors that taxing all trade between the two countries, as President Donald Trump has threatened, would cause some $455 billion in gross domestic product to evaporate − a loss larger than G20 member South Africa’s economy.

“These are self-inflicted wounds that must be avoided,” Lagarde said in an IMF blog post. “How? By removing the recently implemented trade barriers and by avoiding further barriers in whatever form.” The global economy is at a “delicate juncture” which will require central banks to maintain stimulus and governments to resolve trade disputes quickly, the International Monetary Fund warned Wednesday.

She said the exchange of tariffs between the United States and China will put the brakes on growth in both countries and cut a few points off global growth as well.

“These are self-inflicted wounds that must be avoided,” she said. “How? By removing the recently implemented trade barriers and by avoiding further barriers in whatever form.” The finance officials are meeting just weeks after US-China talks collapsed amid accusations of broken promises and another exchange of punishing tariffs.

President Donald Trump has threatened to extend the tariffs to all Chinese imports.

And last week Trump announced taxes on all goods coming from Mexico, which would increase every month up to 25 per cent unless the government helps crack down on the flow of migrants.

Lagarde urged governments “to help reduce trade tensions and clear other stumbling blocks on the way back to higher and more sustainable growth. The goal must be to help, not stand in the way of global growth.” In a report prepared for the G20 gathering, the IMF said the trade conflicts as well as Brexit mean “questions remain about the strength of the recovery” that require policies to continue to support growth.

“With the global economy remaining at a delicate juncture, the policy mix must be carefully calibrated,” the IMF said.

And with inflation lagging well below goals set by many central banks, the IMF urged policymakers to maintain stimulus until “incoming data confirm inflationary pressures toward targets.” And they should be ready to do more if those downside risks to the outlook materialize.

“Should growth substantially disappoint, policymakers need to stand ready to act,” the report said, including “making use of conventional and unconventional monetary policy and fiscal stimulus.” The IMF in April cut its global growth forecast to 3.3 per cent for 2019 but said it expected the expansion to accelerate in the latter part of the year and rebound to 3.6 per cent in 2020.

However, Lagarde said that rebound “remains precarious,” and the US-China tariffs could trim 0.5 percentage point off global GDP next year.

“This amounts to a loss of about US$455 billion, larger than the size of South Africa’s economy,” she said.

And in the medium term, the outlook “remains wanting,” the IMF said in its report, citing the toll imposed by low productivity and aging populations in advanced economies.

“G-20 policymakers cannot be content with rates of GDP growth, which − in per capita terms − remain below historical averages for many countries,” the IMF said.

The International Monetary Fund on Wednesday said it was lowering China’s economic growth forecast for 2019 and 2020, citing “uncertainty” over the trade war between Beijing and Washington.

The world’s second-largest economy is expected to grow by 6.2 per cent this year and 6.0 per cent in the next, the IMF said, down from previous forecasts of 6.3 per cent and 6.1 per cent, respectively.

“Everybody loses in a proactive trade war. If trade is threatened, if trade is damaged, growth will suffer,” Kenneth Kang, deputy director of the IMF’s Asia and Pacific department, said at a press conference in Beijing to present the findings of a visit to China.

Talks to resolve the trade war between the world’s two biggest economies have stalled, leaving in place bruising tariffs on $360 billion worth of two-way commerce.

“Uncertainty around trade tensions remains high and risks are tilted to the downside,” the IMF said in a statement.

The downgrade comes as China’s government launches a series of measures to reverse the downward trend, with policymakers turning the credit taps back on and rolling out massive tax cuts.

The policy stimulus is sufficient to stabilise growth in 2019 and 2020 despite the recent US tariff hike, the IMF said.

The IMF’s forecast remains within the government’s official target of growth ranging between 6.0 and 6.5 per cent this year, down from 6.6 per cent in 2018. 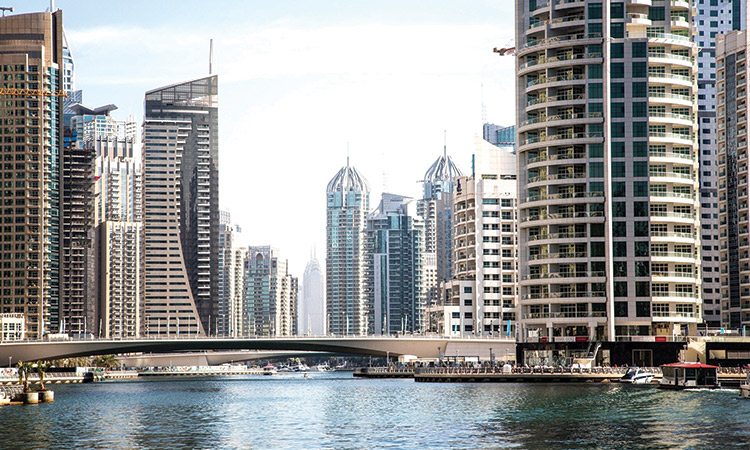 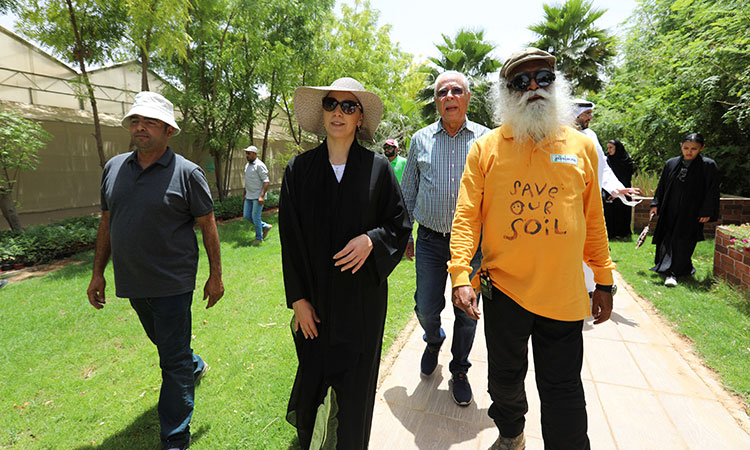